Churches and Taxes: What John Oliver got wrong (and right) 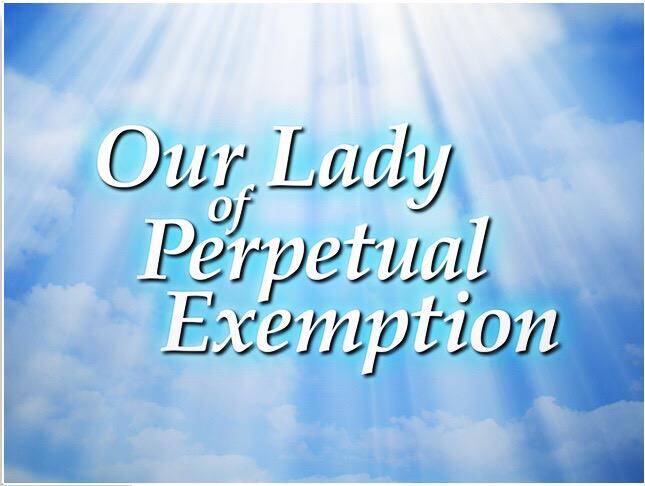 One of the reasons I like “Last Week Tonight with John Oliver” is that it usually gets its law right. I was therefore looking forward to its piece on churches, especially since I had talked on background with Oliver’s staff and so knew it was coming. The piece was as funny as I expected, but unfortunately it also struck a few false legal notes that are worth clarifying.

First, Oliver failed to mention the long history of tax benefits for churches of all faiths.  Exemption from tax dates back to colonial times in the United States and to biblical times elsewhere (really, see Genesis 47:26). The ability to receive tax-deductible contributions is an artifact of the more recent federal income tax but even that benefit dates back to World War I.

But just because these tax benefits have been the law for many years does not mean they make sense. So why do churches receive these benefits? One reason is many of our country’s 350,000 congregations do “great work,” as Oliver acknowledges. Like secular charities they benefit their communities in many ways and so enjoy the same tax benefits as those charities. Another reason is we have a long history of believing that churches of all faiths also provide religious benefits to our communities that justify these tax breaks.  And like secular charities, churches can engage with their members and the public on political issues without losing these tax benefits, as long as they only do a limited amount of lobbying and do not support or oppose any candidates.

Oliver does not have a problem with most churches receiving tax benefits. His problem is with the handful of televangelists he skewers, and he asks a legitimate question: why do the tax laws treat these televangelists the same as other churches? The answer is simple and yet is never mentioned in his piece—the Constitution’s Establishment Clause.

The First Amendment states “Congress shall make no law respecting an establishment of religion . . . .” This means neither Congress nor the IRS can choose among theologies.  That is why the IRS has no choice but to recognize as religious any group that sincerely holds its beliefs and does not engage in illegal activities. Oliver sharply criticizes this standard, but what is the alternative? Do we want Congress or, horrors, IRS agents picking and choosing which theologies are “correct” and which are not?

The Establishment Clause is also the reason why churches, unlike secular charities, do not have to make most IRS filings. Congress did not want the federal government to become unduly entangled with churches by requiring churches to provide detailed information about their activities. Such entanglement could easily lead to First Amendment violations, as the recent Tea Party application controversy shows.

This sincerely held belief standard is also not meaningless. With all due respect to Oliver’s attorney, his newly founded “church”—Our Lady of Perpetual Exemption—almost certainly would not survive IRS scrutiny. No one watching the piece could believe that there is a sincere religious belief at its heart, much less at the heart of its purported congregation of audience members. The IRS will probably leave it alone because ultimately any donations it receives will go to a bona fide charity (Doctors Without Borders).

But the IRS has successfully gone after a number of “churches” and their “ministers” when the churches were in reality tax-evasion schemes. For example, a federal court in 2014 sentenced orthopedic surgeon Dr. Timothy Dale Jackson to more than six years in prison for trying to use the “Church of Compassionate Service” to illegally shelter his income from taxes. The Department of Justice also shut down the promoter of this alleged “church” in 2012.

The IRS also has the ability to go after the televangelists if they break the rules that apply to all charities. If they get paid more than is reasonable or if they use church assets for their private benefit as Oliver asserts they do, the IRS can penalize both the ministers and their ministries—without judging their theology. The paltry audit rate for churches that Oliver rightly criticizes is more a product of the shrinking IRS budget and incessant IRS-bashing than a lack of authority on its part, but those are topics for a separate piece.

None of this is to defend the “prosperity Gospel” or the excesses of the televangelists that Oliver criticizes. But the government cannot and should not choose among theologies or treat churches differently because their members sincerely hold beliefs that are out of the mainstream or even ridiculous in the eyes of many. It is instead up to you and me and, yes, John Oliver to his credit, to bring the beliefs and practices of these ministries into the light so the harm they cause can be clearly seen by those who otherwise might be lured into giving to them.

Lloyd Hitoshi Mayeris a professor of law at the University of Notre Dame, specializing in taxation, election law, and not-for-profit organizations.