What Catholic Social Teaching Can Teach the Sharing Economy 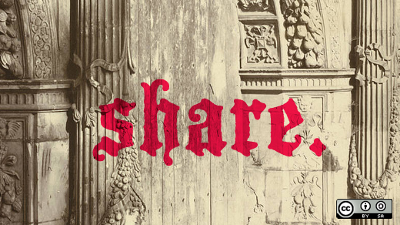 The Maryknoll Office for Global Concerns, this month, has published a useful introduction to the promise and challenges of the so-called sharing economy—the new breed of companies that use Internet technology to teach us how to share again. A few centuries of capitalist civilization have done much to erode the community ties that made sharing the necessities and pleasures of life a matter of course. Now, companies like Uber (for cars), Airbnb (for housing), and TaskRabbit (for services) are selling sharing back to us—for no small price. While these platforms create new conveniences, they are threatening hard-fought-for worker protections like taxi and hotel unions. They are also turning into monopolistic mega-firms that control reams of data about our lives that even the worst village gossip could never get hold of. With whom will they be sharing that?

The Maryknoll newsletter links to excellent readings, especially from critical sharing-economy publications like Shareable (based in the United States) and OuiShare (primarily in Europe). But I’m surprised that it doesn’t offer much in the way of help from Catholic tradition. Often it feels like Catholics are too busy playing catch up with the latest gizmos to recognize that our tradition actually has a lot to say about them. Here are some quick examples of questions that the main pillars of Catholic social teaching might raise about sharing.

Preferential option for the poor

Any Christian reflection on the economy should begin with the voices of the poor and the marginalized. The sharing economy, too, makes much of its promises to make life easier for people with less. But it also tends to focus its attention on people in the ever-deflating middle class—those with extra rooms and cars to let, rather than those who never had those in the first place. Some “sharing” services, such as the app-based selling of parking spots that San Francisco recently banned, seem expressly meant to lend more privileges to those with money at the expense of those without.

Discrimination is a problem, too; racist user behavior on Airbnb has been well documented. Such discrimination may go to the very heart of the “sharig economy” label itself; when people of color set up “gypsy cabs” to cover routes ignored by public transit, they’re banned, but when middle-class whites do something similar with smartphones, it’s called the sharing economy.

This isn’t something the Catholic Church is always super good at actually practicing, but it’s at least something we preach. It’s also virtually absent from the sharing economy. The basic idea of subsidiarity is that management should happen at as local a level as possible, and only at higher levels when truly necessary. Big sharing-economy companies, in contrast, are charging into communities with millions or billions of dollars in venture capital and re-configuring local habits around such basics as transport and housing. It doesn’t have to be that way. A lot of these same functions could surely be performed better with locally run, locally owned networks. Using open-source software, these local networks could work together to build and share solid technological infrastructure.

The problem, often, is proper financing. Tech investors tend to like companies that are enormous and monopolistic, and that can get in the way of local control; these enable them to siphon more wealth out of our communities and into their pockets. For subsidiarity-based businesses, we need subsidiarity-based financing that privileges local efforts and facilitates lateral collaboration.

“Disruption” is a word one hears a lot in the sharing-economy scene. That’s the dream—to unsettle the foundations of big, hegemonic, bad-guy companies that cramp our style. But who is really being disrupted most by the sharing companies? Disrupted CEOs can always find another company, or sell off a yacht. Hotel workers who lose their union jobs stand to lose a whole lot more.

A sharing economy that takes solidarity seriously might begin by collaborating with those workers. It would be sure to create livelihoods even better than its predecessors, and to respect worker organizing in the process. Uber, in contrast, appears to have been retaliating against drivers trying to organize.

The best bet may lie in building a sharing economy on the foundation of worker cooperatives. These put solidarity at their core by ensuring worker control and by encouraging cooperation among co-ops.

Ever since the first followers of Jesus held all things in common, the stewardship of common resources has been an essential calling of Christian societies. But what does this mean, exactly? Back in the Middle Ages, monastic communities that wanted to share the necessities of life argued about the relationship between common use and common ownership. This problem comes up again in the sharing economy.

So far, the sharing in question has been shared use—you can use my car when I’m not using it, and so forth. But, more and more, people are recognizing that we’re not really sharing in today’s economy unless we’re sharing ownership.

In an age of ever-increasing individualism, Catholic social teaching has held to the family as an essential frame. Distributivist thought, for instance, holds the family, not the individual, as the basic economic unit. (Catholic tradition has also been more flexible about what family means than today’s reactionary “family values” discourse normally allows.) There are ways, however, in which the sharing economy contributes to further atomizing us—by evaluating our social lives according to our Facebook profiles, by offering only gig-based, part-time work without insurance or benefits.

It’s an old habit of tech culture to present each successive innovation as wholly new and without precedent. This is mostly nonsense, and it serves to prevent people from recognizing the resemblance with swindles of the past. Our traditions may come from a time before the Internet, before venture capital and before Big Data, but I think it’s clear that they raise plenty of good questions about it all.