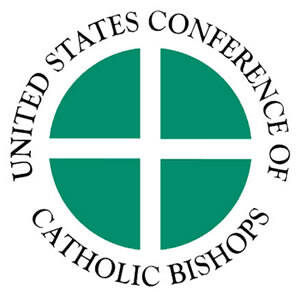 Three chairmen of U.S. bishops’ committees outlined their opposition to the proposed Employment Non-Discrimination Act of 2013 (ENDA) in a letter to the U.S. Senate.
That letter sent to Senators on October 31 from Bishop Stephen Blaire of Stockton, California, chairman of the U.S. Conference of Catholic Bishops’ (USCCB) Committee on Domestic Justice and Human Development; Archbishop Salvatore Cordileone of San Francisco, chairman of the USCCB Subcommittee for the Promotion and Defense of Marriage; and Archbishop William Lori of Baltimore, chairman of the USCCB Ad Hoc Committee for Religious Liberty explaining the reasons for opposition is available at http://www.usccb.org/issues-and-action/human-life-and-dignity/labor-employment/upload/joint-letter-senate-enda-2013-10-31.pdf.
The bishops emphasized the dignity of all people, quoting Pope Francis’ statement that “Work is fundamental to that dignity.” They added that “the Catholic Church has consistently stood with workers in this country and continues to oppose unjust discrimination in the workplace. No one should be an object of scorn, hatred, or violence for any reason, including his or her sexual inclinations.”
The bishops’ letter said ENDA goes beyond prohibiting unjust discrimination and poses several problems. It notes, for example, that the bill: (1) lacks an exception for a “bona fide occupational qualification,” which exists for every other category of discrimination under Title VII of the Civil Rights Act, except for race; (2) lacks a distinction between homosexual inclination and conduct, thus affirming and protecting extramarital sexual conduct; (3) supports the redefinition of marriage, as state-level laws like ENDA have been invoked in state court decisions finding marriage discriminatory or irrational; (4) rejects the biological basis of gender by defining “gender identity” as something people may choose at variance with their biological sex; and (5) threatens religious liberty by punishing as discrimination the religious or moral disapproval of same-sex sexual conduct, while protecting only some religious employers.
Further detail on these problems with ENDA may be found in a backgrounder, which is available at http://www.usccb.org/issues-and-action/human-life-and-dignity/labor-employment/upload/enda-backgrounder-2013.pdf.
The bishops stressed a desire to advance legislation that protects the common good.
“We stand ready to work with leaders and all people of good will to end all forms of unjust discrimination,” they said.
A vote on ENDA is expected by the full Senate in a matter of days.
Show Comments (
1
)
Comments are automatically closed two weeks after an article's initial publication. See our comments policy for more.
Chris Sullivan
8 years 6 months ago
I think it is very sad that the U.S. Bishops are opposing this anti-discrimination bill on grounds which appear to be spurious and not in accord with the gospel or Catholic teaching. Abp's Cordileone and Lori would be well advised to give serious consideration as to how their position will cause scandal to the faithful and damage to the good reputation of the Church in 21st Century society, not to mention to the rights and dignity of gay people. God Bless