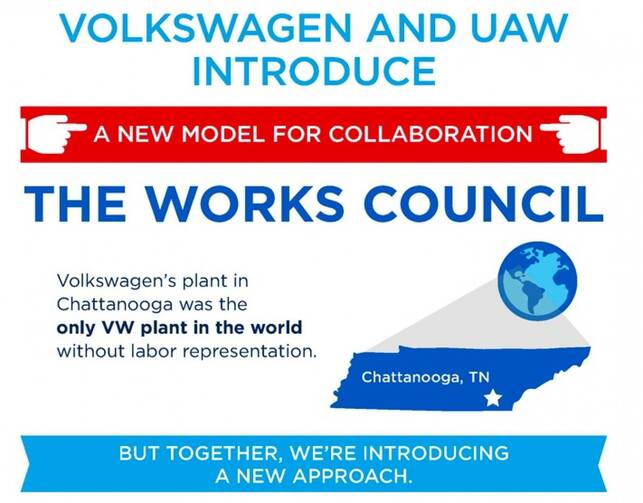 DETERMINED TO PURSUE CO-DETERMINATION: In an update on a storyline central to Thomas Geoghegan’s recent book Only One Thing Can Save Us (see America review here), the United Auto Workers union has presented a draft proposal for a German-style works council for Volkswagen’s Chattanooga plant. Last year a substantial minority of the workforce voted for UAW representation in a controversial election marked by considerable outside pressure. These workers formed a union anyway, and want to confer with management on issues concerning their members through a “works council” of the type common in Germany. (Since they did not win the representation election, only workers who ‘opt-in’ individually would be covered by any agreements.) Volkswagen, which values worker input more than U.S. companies typically do, seems open to the idea. Stay tuned.