Time for Détente between Church and Youth Sports 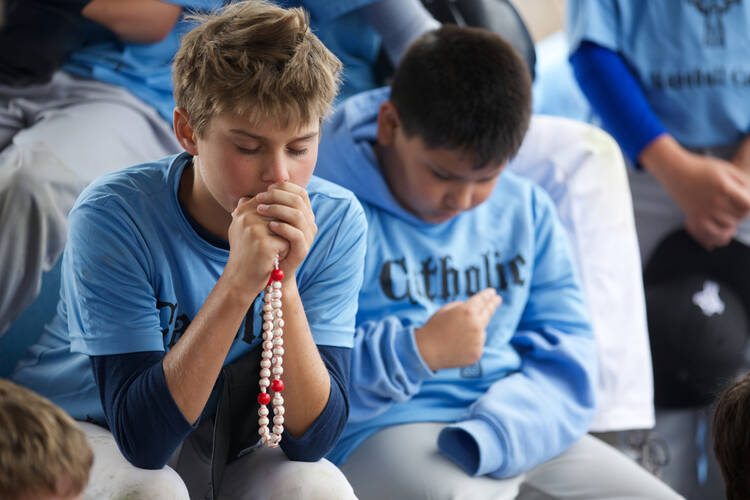 It may be time for détente between youth-oriented programs and parishes.

I offer this suggestion after hearing about a parish on Long Island which prepared a sixth grade reconciliation service for its religious education students. Only two-thirds of the expected students showed up. The reason? The service conflicted with a play rehearsal at the local public school that the religious education director had not been informed of.

The story is a variation of others, for example, of sports practices that conflict with weekend Masses and coaches who threaten that little athletes won’t play in the next big game if they miss a practice. How’s that for setting up conflict in the home if parents want to attend Mass as a family?

The late Cardinal John O’Connor once complained he was losing altar servers to Little League. (I think Little League won in that skirmish.)

Some dioceses have found ways around the problem. In some school districts in North Dakota, for example, church officials work with local school boards and officials to keep Wednesday evenings after 5 p.m. free of all sports and other school activities. These evenings then become nights for religious education. Others have tried to do the same on Sunday mornings with less success, as school officials counter that there are lots of Masses from late Saturday afternoon to Sunday night when families might attend church together.

The various clubs outside school for dance and additional soccer, lacrosse and other team sports add to the problem. School championship marching bands that travel during Holy Week also challenge families that seek to celebrate the Triduum.

A number of principles for achieving détente come to mind.

The conflict does not appear to be on the wane as interest in sports grows and hopes for scholarships for would-be stars increase. The problem also fits into an overall challenge the church faces in the struggle to help people hear God in a world filled with distractions from Him.