Sunday Is Still the Most Segregated Day of the Week 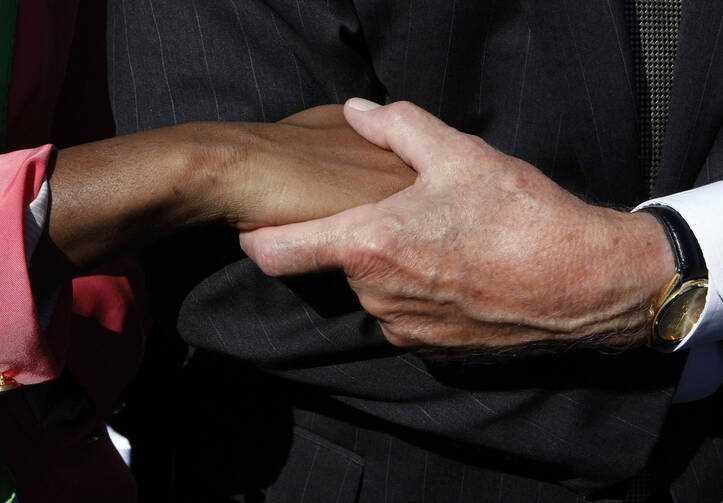 On the Rev. Martin Luther King Jr.’s birthday—Jan. 15)—just as the civil rights drama “Selma” was nominated for best picture in the Oscar race, one fact of American life was little changed.

Sunday morning remains, as King once observed, the most segregated hour in America. And, against a backdrop of increased racial tensions, new research shows that most Americans are OK with that.

Two in three (66 percent) Americans have never regularly attended a place of worship where they were an ethnic minority, according to new polling analysis released by LifeWay Research.

“People like the idea of diversity. They just don’t like being around different people,” said Ed Stetzer, executive director of the Nashville, Tenn.-based research firm.

“Maybe their sense is that church is the space where they don’t have to worry about issues like this,” he said. But that could be a problem, because, Stetzer said, “If you don’t like diversity, you’re really not going to like heaven.”

LifeWay did three surveys last September examining how people do — or don’t — experience diversity at church and their views toward diversity.

One survey focused on 994 people who said they go to church at least on holidays if not more often:

Among 1,000 American adults, 82 percent say diversity is good for the country — but not necessarily in their church pews.

* Of the 34 percent of Americans who say they have worshipped regularly where they were a minority, one in five of them said their minority status hindered their involvement.
* 22 percent have never experienced being a minority at church, but they think it would make them uncomfortable.
* There’s not much urgency about diversity. Half of those surveyed think the churches are “too segregated,” but 44 percent disagree.

The survey of 1,000 Protestant senior pastors found 43 percent say they speak about racial reconciliation once a year or less.