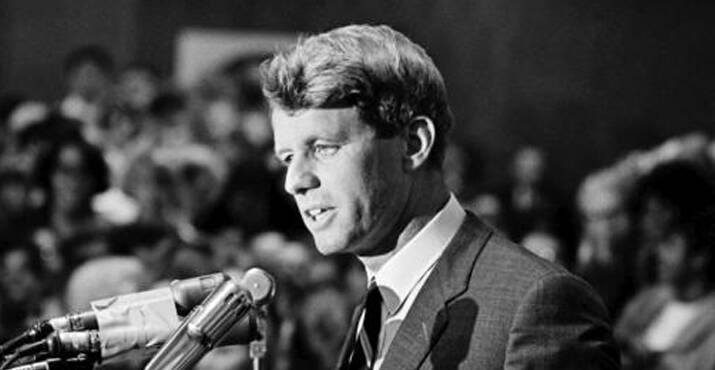 When confronted with issues that needed to be addressed, Robert F. Kennedy was fond of saying “Hang a lantern on your problem.” That saying of RFK’s can be applied to the present-day American political landscape. If we were to take hold of his lantern and use it to examine the conditions in the United States today, it would reveal something very discomfiting: the problems are many—and growing—while the solutions to those problems appear to be well beyond our grasp—and our will. Division and derision rules what goes for political discourse these days, whether in town hall meetings or in the halls of Congress. Political commentary and analysis on the radio and TV devolve into virtual scream fests, and careful reasoning and understanding are in scarce supply. When times like these cry out for unity of purpose, it is nowhere to be found.

Things are very out of kilter in our Union. Why is that?

Something has gone very wrong when it comes to politics and governance. It just seems that our political bloodstream has become infected with unreasoning hatred, bitterness and spite. The institutions we were taught to trust and respect have fallen spectacularly in people’s estimation as a result of all kinds of malfeasance, resulting in apathy and worse. And the people who head those very institutions have compounded the damage, raising justifiable umbrage to stratospheric levels.

Societal mores have changed so much that we have trouble keeping up with them and some people, brought to the edge, resort to violence to themselves or to others. Or, as is mournfully the case these days, both. “Don’t tread on me” is a more than a historical flag—it is a rallying cry. Emotions are like a whirligig, non-stop and dizzying. It reaches the point that reactions like Willy Logan’s in “Network” (“I’m mad as hell and I’m not taking it anymore!”) seem like the natural response to things.

What would Robert F. Kennedy make of all this, if he were here today?

He would look around him and hold up that lantern. He would nod approvingly at the progress made in many areas of American life since his time. And yet he would surely shake his head in disbelief at the litany of items on national agenda not being dealt with (some of which he, as well as numerous others in his time, thought were in the process of being resolved): education, health care, race relations, poverty, immigration, employment, aging infrastructure and an aging population, the environment, guns and violence and egregious political gridlock.

Also distressing is the never-ending fundraising our elected officials engage in once ensconced in their well-appointed lairs in the corridors of power. (To be fair, that is not true in every case, but the many who appear to do nothing but “making the rounds” make it difficult for the reputation of those who do actually look out for the public interest.) In our mind’s eye, we can see RFK as he was then, when asked about the intractable: his voice would treble in outrage and his right hand would fly into the air, formed in a fist of righteous indignation: “This is unacceptable!”

Of the many roadblocks that American society has to face today, it is likely political gridlock would be a (if not the) major cause of grief to Robert F. Kennedy. After all, he once termed politics an “honorable profession.” Surely he knew that with political gridlock, nothing can be done. Progress stalled is progress denied. The consequences of inaction and denial can be beyond imagining for a country and its citizens. Politics and governance, bad as it is now, wasn’t magical back in RFK’s day, as we sometimes like to think. It would be an illusion (more appropriately, a delusion) to think so.

The reality is that it is a difficult business. He knew that. And we know that, too. It has always been that way. One only needs to go back to the beginning of U.S. history to recognize that. Mudslinging and “opposition research” aren’t modern-day political appurtenances, products of media gurus and fly by night “consultants”; they were a way of life since the beginning of the Republic. You need only to look at the Founding Fathers and their political machinations. Even George Washington, whose lot it was to create a government based on an untested Constitution, felt the poisonous stings of partisanship after the huzzahs died down; no wonder he pined for the repose of Mount Vernon.

Knowing all the problems, the challenges, and the burdens ahead of him—and more importantly, facing the country—Robert Kennedy put himself forward and ran for president. He sought the Democratic nomination in less than ideal circumstances in a year that would strain domestic tranquility. He made the effort to seek consensus. The old ways would not do, whether Democratic or Republican. Only Americans could solve American problems—if only Americans could realize that.

In what was probably the finest speech he ever made in public life, Robert Kennedy spoke of grief, anger, hatred, revenge, hopelessness and love. It was entirely unscripted and came from the depths of a wounded heart. He was about to give a campaign speech in Indianapolis when he received word that Martin Luther King Jr. had been murdered in Memphis that very afternoon of April 4, 1968. Not knowing what he would say or how the crowd before him would react to the news he was about to relate, he mounted the back of a flatbed truck and quietly spoke the words that still resonate all these many years later.

Not long after, he stood before cheering crowds in the ballroom of the Ambassador Hotel in Los Angeles, acknowledging his win in the California Democratic primary. He looked out over the crowds and allowed himself to break out into a wide smile (instead of his usually sheepish grin), giving a Churchillian “V for victory” sign. After years of soul-searching and re-engagement as a result of pain and loss in a decade that began with so much promise, he was coming at last into his own. He felt that anything was possible for his country and he hope that if he could feel that, others could, too. With his hand, he brushed back a forelock of hair and with a nod to the forthcoming national convention in Chicago, waved his hand again and moved on. He had lifted his lantern.