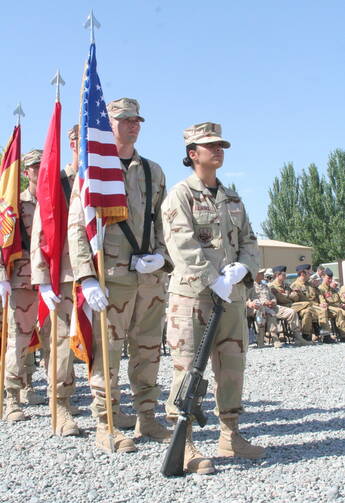 On Friday, June 5, Senator Kirsten Gillibrand, Democrat of New York, reintroduced her Military Justice Improvement Act as an amendment to FY16 National Defense Authorization Act, calling for removing sexual assault cases from the chain of command. All Americans, especially Catholics should join her. The United States military has demonstrated a inability or unwillingness to provide justice to survivors of sexual assault within their ranks and to dismantle the culture that perpetuates violence, punishes victims and excuses perpetrators. This is a clear and undeniable violation of the principle of subsidiarity.

The principle of subsidiarity is an instrument for determining who should make decisions and where actions should occur. It seeks to promote and protect all the multifaceted layers of human society, from the individual to the international community. Best envisioned as a two-sided coin, subsidiarity holds that “decisions should be made at the lowest level possible and the highest level necessary.” On the one side, larger groups should not subsume activities that are proper to individuals, families, churches or local government; instead, the community as a whole should support the flourishing of all layers of society. The other side, when there is an inability or unwillingness to address the situation, the higher levels of society (such as the federal government) has both the right and the moral responsibility to intervene. The Civil Rights Act of 1964 and the Voting Rights Act of 1965 are clear examples of subsidiarity demanding intervention by the federal government. There was a demonstrated inability and unwillingness to address racial injustice in the legal structures of many state and local communities; thus, the federal government had the responsibility to address it.

What does this mean for military justice? Subsidiarity recognizes the place of the uniform code of military justice and the importance of the chain of command. In most instances, the military justice system is the appropriate place to deal with transgressions by servicemen and women during their military duties. However, the chain of command is not sacrosanct and it is subject to the principle of subsidiarity. Based upon documented evidence over 25 years, the U.S. military has demonstrated at best an inability and at worst an unwillingness to dismantle a culture that tolerates sexual violence and to provide protection and justice for survivors. As a result, subsidiarity demands that the federal government intervene and remove military sexual assault from the chain of command. It is time to stand with survivors of military sexual assault in their call for access to justice.

In 1991, the nation was shocked at the revelations of sexual assault and harassment at the Navy Tailhook Conference in Las Vegas in which 83 women and seven men were assaulted during the weekend. Zero tolerance was proclaimed but it was not delivered. Since 1991, there have been numerous scandals of rampant sexual violence perpetuated with impunity. Every branch of the United States military is implicated in an ever-growing list of incidences, many of which were detailed in depth in the 2012 Oscar-nominated documentary “Invisible War.” Since then, Senator Kirsten Gillibrand and others have attempted to force institutional change. Repeatedly, military leaders have testified before Congress admitting the failure of the system and yet insisting that only the military chain of command can address military sexual assault. Last year, despite some improvements on sexual assault, the final defense bill still protected the military chain of command over survivors of sexual assault. Trust us this time won the day.

According to Department of Defense estimates, 20 percent of women serving in the U.S. military have been victims of sexual assault. The Department of Defense itself estimated that at least 26,000 service men and women experienced unwanted sexual conduct or were sexually assaulted in 2012 and only3,374 were reported. The government itself admits that 90 percent of all sexual assaults in the military go unreported. Why do they go unreported? Sixty-two percent of servicewomen and men who reported sexual assault in the last year experienced professional and/or personal retaliation. A report by Human Rights Watch highlights that “The 2014 RAND survey shows that reported rates of retaliation have not changed since the last workplace survey in 2012, despite aggressive efforts by the military to reform its handling of sexual assault cases, including efforts to address retaliation.” After 25 years of empty promises, enough is enough.

Meghan J. Clark
Show Comments (
2
)
Comments are automatically closed two weeks after an article's initial publication. See our comments policy for more.
Mark Mitchell
6 years 5 months ago
In addition to the assault, a recent article in the Times has reported suicide rate to be equal of males. 6x the rate of the normal female population. On 6/27, National PTSD Awareness day, we at Loyola Marymount University this issues and others at "Post Traumatic Growth: advances in PTSD & Moral Injury." See http://cal.lmu.edu/event/150627a for info.
Pual Mark
5 years 11 months ago
I totally agree with their decision which is about Remove Military Sexual Assault Cases from Chain of Command. This is a good step for them and we have to support for them. Get gymnastic mats from gymnasticmatsco.co.uk