From Religious to Spiritual - and Back Again 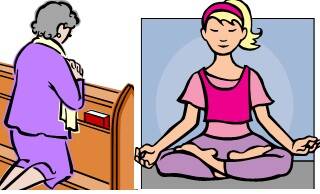 Cambridge, MA. We are all familiar with the phenomenon of “spiritual but not religious” (SBNR) as an increasingly common characteristic of our descriptions of ourselves. Just as the number of independents has grown phenomenally and the Democratic and Republican parties declines, and just as, by the title of Robert Putnam’s well-known book, today we bowl more than ever, but join bowling leagues more rarely than ever. The “Nones” (“none of the above”) are quickly growing communities. We can hardly be surprised if Americans step back from, walk away from, institutionalized churches, temples, mosques, and other structures of religion, and prefer to find their own way spiritually. Institutions become stagnant, fail to change with the times, prefer playing it safe to honoring individuals in their times of need, and as the newspapers daily testify, really do seem sometimes to do more harm than good. The Catholic Church, institution par excellence, has suffered greatly in this regard. Is not “former Catholic” one of the largest denominations in America today?

In the past, reform movements inside religious communities were the norm; now, reform movements that step outside one or all religious traditions are becoming more common. SBNR and Nones do mark the resistance of individuals to their institutions, because they are still horrified by the violence perpetrated in the names of the old, ossified religions, and still put off by sanctimonious leaders clueless to people’s real spiritual needs. But SBNR and Nones may also soon be giving witness to the rise of new and restored communities of faith. The journey from one’s original faith to another religion will perhaps only rarely be the end of the story: religious-to-spiritual leads to a further renewal of religion, while from-my-religion-to-another may increasingly be a step in the longer process, from-my-religion-to-another-and-back-all-the-more-deeply-to-where-I-started.

All of this is well-known. But still, I was struck by the proximity to one another of three articles in the New York Times of July 18 and 19. First, we read about the flight of the last Catholics from Mosul in Iraq, thus abandoning places of residence that reach back to very early Christianity — in flight because of a dire ultimatum from ISIS (Islamic State in Iraq and Syria) that conversion, flight, or oppression are the only choices. The fanaticism of one religion seeking to destroy another. In turn, Timothy Egan offers a trenchant Op-Ed piece, “Faith-Based Fanatics,” which begins with these memorable words, “He’s had a busy summer. As God only knows, he was summoned to slaughter in the Holy Land, asked to end the killings of Muslims by Buddhist monks in Myanmar, and played both sides again in the 1,400-year-old dispute over the rightful successor to the Prophet Muhammad. In between, not much down time. Yes, the World Cup was fun, and God chose to mess with His Holinesses, pitting the team from Pope Francis’s Argentina against Germany, home of Pope Emeritus Benedict XVI. Well played, even if the better pope lost,” and ends with a sigh of relief on the distancing of our nation from particular religious views: “The problem is that people of faith often become fanatics of faith. Reason and force are useless against aspiring martyrs. In the United States, God is on the currency. By brilliant design, though, he is not mentioned in the Constitution. The founders were explicit: This country would never formally align God with one political party, or allow someone to use religion to ignore civil laws. At least that was the intent.” Reading such pieces, who would not be suspicious of organized religion or not breathe easier when the true believers are not in full control? Yet who really thinks that a wholesale abandonment of traditional structures — social, political, and religious — will somehow be immune to the same ailments in the long run?

That the trend may be not merely religious to spiritual, but also religious to spiritual to religious again, is at least partly supported by the third piece, “Examining the Growth of the ‘Spiritual but Not Religious’.” This is a report by Mark Oppenheimer on four new books on the “spiritual but not religious” drift in our culture, books by “the minister who wants to woo them, two scholars who want to understand them, and the psychotherapist who wants to help them.”

A quick read of Oppenheimer’s piece might simply confirm the inevitable result of the previous two pieces — organized religion is a bad bargain, leading to brittle and inhumane structures that often end up fueling fanaticism, particularly when the zealots are in power or feel threatened. In that case, who could object to less religious and more spiritual? But the books Oppenheimer mentions are more subtle than that; I recommend a close reading of his report and then, if possible, the books themselves. Here I touch just on several points, regarding two of the books.

Linda Mercadante, in her Beliefs Without Borders: Inside the Minds of the Spiritual but Not Religious, counters the view that the “Nones” are bereft of any deeper or consistent thinking on the larger issues facing believers. Her interviews suggest that the Nones are indeed theologically active, even when consistently resisting institutionalized ways of thinking and verbalizing spiritual truths. Courtney Bender’s The New Metaphysicals: Spirituality and the American Religious Imagination’s suggests that the spiritual-not religious seekers learn in communities larger than the individual: “people who call themselves spiritual are actually embedded in communal practices, albeit not churches or religious denominations.” Those who survive spiritually in the long run, even if they do not join or rejoin traditional communities of faith, do participate in communities of learning and memory, and trust in wise ways of practice learned from and shared others, not just invented by themselves. This new learning, I can add, may also end in the full embrace of another religion, after a briefer or longer spiritual quest.

What does all this mean for those of us who are still religious, who try to be better spiritually by being more honestly religious? First, we need to keep criticizing the religions to which we belong, because we must remain mindful of the appalling behavior of some religious people, vicious in their not-thinking and their stifling of living spirituality; we need to admit that people who leave the Church are not always missing the mark. Second, we need to venture ourselves onto spiritual paths, including some of those the Church has tended to neglect or actually to try to suppress; we dare not play it so safe as to exemplify "religious but not spiritual" (RBNS). Third, we need to learn from those have set out on their own spiritual paths, rather than just writing them off as naïve or selfish. The Nones and SBNR can teach us how to be better Jews and Catholics and Hindus. If we listen to them with a certain openness (that they would do well to exemplify in return) then their insights can filter back into our lives too, reviving us and helping us to be better, religiously. Even those who convert to other religions may do us a favor, if we listen to them and see how mixing “ours” with “theirs,” is to the improvement of “ours” yet again.

But read the three pieces yourself, think about how you would put together the best and worst of religion and spirituality today, and look ahead to where you think we are headed.