A Papal Cure for Intolerance 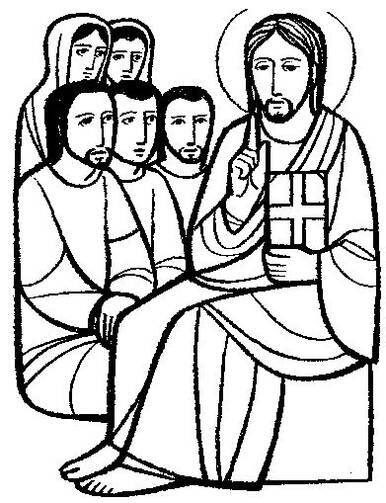 Cambridge, MA. As one might expect, the news on religion and tolerance remains mixed. On the one hand, I think it fair to say that more and more people in every culture and religion are learning to live with differences and respect their neighbors’ faiths. This need not translate into doctrines of the equality of all religions, nor need it reduce to relativistic instincts, but at least we can say that religious people are learning, everywhere, that tolerance, respect, and even friendship are deeply religious virtues. I can’t prove this, but I think it is true.

On the other hand, one can easily find news that makes us doubt this tolerance. We all will think immediately of the Boston Marathon bombing in April, or the ghastly slaying on the streets of London just a few days ago: yes, these acts of violence entail complicated political and cultural factors, but religion seems to be fueling the motives of the perpetrators of the violence. On a large scale, we can read the recent Pew Report on “The Rising Tide of Restrictions on Religion” worldwide, with evidence from all on restrictions on minorities, cultural and personal hostility to people of other religions, and harsh reassertions of absolute religious truth over against all competitors. You can read a quick summary of report in many places on the web, including in The Guardian.

(How do my “on the one hand” and “on the other” go together? I simply believe that the actions of a few leaders or individuals does not speak for the majority of people; the problems are real, but most people, most of the time, are learning the wisdom of mutual respect.)

On a smaller scale, we can see signs of intolerance, when ethical issues and religious values are necessarily entangled but also when, in the end, it seems as if hardness of heart wins out. In our own Church. Think of Frank Bruni’s sobering and sad report in the New York Times, a few days ago, on the firing of physical education teacher Carla Hale, a Methodist, from a Catholic high school in Columbus, Ohio, when it was revealed that for a number of years, discreetly and quiet, she had been living in a gay relationship. How was this found out? As Bruni tells it, the news was found out by someone reading the obituary of Hale’s mother, in which the names of her surviving children and their partners were listed, Carla’s included. I do not know more of this story than Bruni’s telling of it, but it is hard to disagree with his judgment that it was particularly cruel, clueless, and unnecessary to denounce Hale to the diocese for her relationship, entirely off campus, based on evidence drawn from an obituary. Religious cruelty on a small scale, indeed – even if again, I would insist, it is surely more than balanced by countless acts of respect and kindness across religious boundaries, even among those who disagree on moral matters.

Meanness of heart does not give way to compassion and openness very easily; we have to be reminded again and again, even simply by the words of Jesus. It was encouraging then to read reports this week of Pope Francis’ Wednesday morning (May 22) homily, indicative of his openness to and respect for atheists. The Gospel of the day was short and simple: “John said to Jesus, ‘Teacher, we saw someone driving out demons in your name, and we tried to prevent him because he does not follow us.’ Jesus replied, ‘Do not prevent him. There is no one who performs a mighty deed in my name who can at the same time speak ill of me. For whoever is not against us is for us.’ (Mark 9:38-40) Francis takes this up, to scold today's clueless disciples who can only seek to 'prevent' people who are different in faith and practice, yet doing good.

The Huffington Post has a good summary of the homily, which you can read for yourself, but several passages are worth quoting: “The apostles complain, Francis says, ‘If he is not one of us, he cannot do good. If he is not of our party, he cannot do good.’ And Jesus corrects them: ‘Do not hinder him, he says, let him do well.’ The disciples, Pope Francis explains, ‘were a little intolerant,’ closed off by the idea of ​​possessing the truth, convinced that “those who do not have the truth, cannot do good.’ But, Francis adds, ‘This was wrong... Jesus broadens the horizon, reminding us that “the Lord created us in His image and likeness, and we are the image of the Lord, and He does good and all of us have this commandment at heart: do good and do not do evil. All of us.” The objection is swift: “‘But, Father, this is not Catholic! He cannot do good.’ ‘Yes, he can... The Lord has redeemed all of us, all of us, with the Blood of Christ: all of us, not just Catholics. Everyone!’ ‘Father, the atheists?’ Even the atheists. Everyone! We must meet one another doing good. ‘But I don’t believe, Father, I am an atheist!’ But do good: we will meet one another there.”

America’s own James Martin is quoted in the same piece, “Christ offered himself as a sacrifice for everyone... In this era of religious controversies, it's a timely reminder that God cannot be confined to our narrow categories.” Indeed, even more broadly: Jesus rebukes those who are convinced that their own possession of truth should, must mean that others cannot be living and doing good, even if they believe very differently, and even if they do not call upon the name of God at all.

There is much to be said about atheism and religion today, about finding ways both to respect others, while still finding ways to argue for what is true and good. But Francis is right on target, echoing Jesus in his core insight: “Do good: we will meet one another there.” To live and work with people different from ourselves, who are not Catholic and do not live in accord with every official Catholic teaching, is something we can and need to do. Francis reminds us that this is a Gospel duty, not to be casually put aside for the sake of our sense of rectitude. “For whoever is not against us is for us," echoed now by Francis, is a call to action on the global religious scene, but inside the Church too.