Want to combat 'fake news?' How much would you pay for a Spotify of real news? 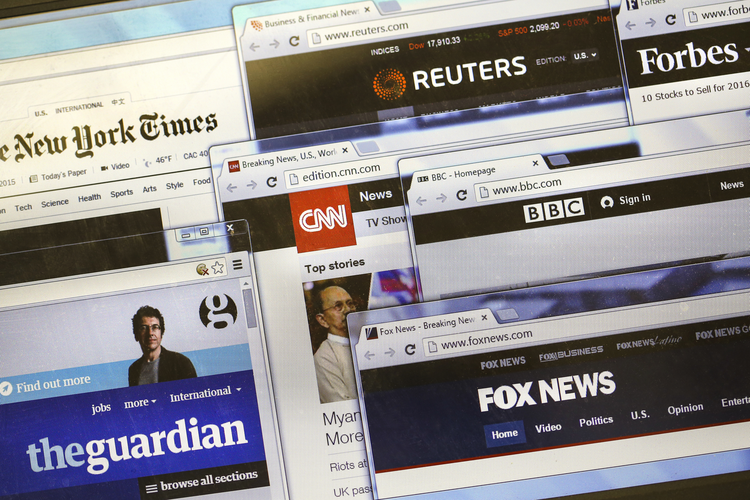 In the post-election coming-out party for fake news, people seem more willing than usual to pay for the real thing. Subscriptions and donations to old-fashioned journalism have spiked since the election, benefiting outlets like Pro Publica, The New York Times, The Washington Post and the Wall Street Journal. While it may be just a momentary outbreak of sanity, perhaps this is a moment of opportunity to change how we access and pay for quality news.

Enter a hypothetical startup, OurNews. (The domain our.news costs $1,000 per year.) It is a consumer-owned cooperative, and for, say, $10 a month, through its online platform (mobile, web, etc.), members get access to articles from a range of subscription-based publications, from prominent newspapers to a bunch of boutique specialty publications. The co-op negotiates bulk payment contracts with the publications, generally on a per-view basis; the more that people on the platform look for and read a given outlet’s content, the more it gets paid.

This would be like a Spotify for news. (Admittedly, an Australian startup is trying to be just that; a new co-op called Resonate, meanwhile, aims to challenge Spotify’s dominance of music streaming.) Like Spotify, OurNews would include a discovery tool, recommending articles meant not only to suit readers’ interests but to challenge them with less familiar points of view. Maybe readers could even specify when they log in how much cognitive dissonance they are in the mood to handle.

There are several benefits to this kind of approach, as compared to the Facebook-feed news-reading habit or subscribing to publications individually. Both of those models tend to foster “filter bubbles,” in which people end up encountering only news slanted toward their political biases. Facebook feeds, at least for now, do not adequately distinguish between accurate and inaccurate reporting.

Like Facebook, however, OurNews could become a social marketplace in which new, smaller publications could find both an audience and a source of revenue to fuel their growth. With its focus on providing quality news, the platform could take responsibility for vetting the outlets before including them, according to a set of public, reasonable standards. The platform could also incorporate an annotation tool, like the non-profit Hypothes.is, enabling readers to discuss and rate the accuracy of the stories they read.

At a time when trust in the news media is generally quite low, a consumer cooperative structure is a way to ensure that the delivery mechanism is accountable most of all to its readers—not to advertisers, not to the publications it delivers. OurNews, in turn, could help keep news organizations more accountable to those readers by applying pressure based on its purchasing power to ensure that the organizations maintain high journalistic standards. And as a co-op, unlike Spotify, the company could prioritize values like supporting lesser-known sources above the imperative to maximize profits for investors.

Carefully chosen ownership models have often been critical to how news organizations gain the trust of their constituents; The Guardian is owned by a non-profit, The New York Times is controlled by a mission-committed family, and The Associated Press, since its founding in 1846, has been a cooperative, owned by the news organizations that it serves. The most trusted U.S. news outlets are audience-supported public broadcasters—NPR and PBS. Jubilee, one of the finest examples of American Catholic publishing, ran on a subscriber-ownership model.

What do you think? Would you buy into OurNews?

Correction: Dec. 1, 2016
An earlier version of this article stated incorrectly that the Australian startup Inkl no longer exists.

Nathan Schneider
@ntnsndr
Show Comments (
6
)
Comments are automatically closed two weeks after an article's initial publication. See our comments policy for more.
Beth Cioffoletti
4 years 9 months ago
I would indeed pay for a subscription. I especially like the idea that the content would be coming from a variety of sources and that it has been pre vetted. Also appreciate the mention and link to the Catholic magazine, JUBILEE. Wonderfully Catholic publication that was way ahead of its time. Perhaps its time has come.
Nathan Schneider
4 years 9 months ago

Thanks, Beth. And glad you know Jubilee. What a fabulous magazine. I'll never forget how, when I was entertaining fantasies of reviving it, the former literary editor Ned O'Gorman would tell me, "It has to be full of faith!"

John Butler
4 years 9 months ago
I would very likely subscribe.
Lisa Weber
4 years 9 months ago
I like this idea. Since the election, I have chosen several sources for news so that I avoid fake news.
Richard Reisman
4 years 9 months ago
A news aggregation co-op is a great idea for sustaining journalism (as well as aggregation co-ops for music, video, social media, or other digital content/services). In response to your tweet about my FairPay relationship pricing model, that is designed to more fairly sustain journalism and other content -- in either for-profits or non-profits -- and so is a complementary strategy (as explained in my new blog post at http://bit.ly/2fW2aje.) BTW, a news aggregator that has achieved some traction, also billed as a "Spotify for news," is Blendle (but pricing seems to me a problem for them, as explained in an earlier post at http://bit.ly/1ZwJ0io.)
Nathan Schneider
4 years 9 months ago

Thanks for the tip about Blendle, as well as the further comment about your efforts. Much appreciated!