An Irish Priest's Defiance: Some Context 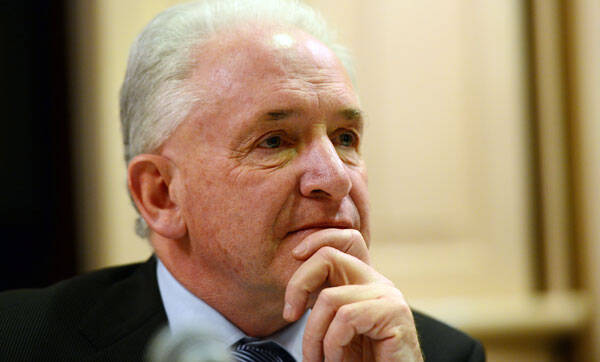 An Irish priest, Tony Flannery, CSsR, has announced that he plans to defy the Congregation of the Doctrine of the Faith's silencing of him. An article from today's New York Times appears accurate, but since there will probably be a great deal of discussion about this topic, and since the discussion about such matters is often misinformed, here is some context.

Fr. Tony Flannery is a Redemptorist priest, a popular writer and someone who has also been an outspoken critic of the church's handling of the sex abuse crisis in Ireland. As a member of a religious order, Fr. Flannery took a vow of obedience to his Redemptorist superiors, through whom he believes God will act. (The vow that members of religious orders take is in addition to the normal religious vows of poverty and chastity; and, in the case of a priest, that vow is in addition to his ordination promise of obedience to his local bishop.) When a priest who is a member of a religious order (a "religious priest") says, writes or does something that is judged by church authorities to be outside the bounds of orthodoxy or otherwise impermissible, restrictions on him are often communicated to him from the Vatican, through his superiors.  Usually, those orders is communicated to the order's superior general in Rome, and then to the man's local superiors.  (Sometimes, though, the religious order itself acts on its own accord.)  Here, it seems, the Vatican directed the Redemptorists to remove Fr. Flannery from active ministry; ask him to step down from the leadership of the Association of Catholic Priests; direct him to cease publishing and public speaking; and sign a document stating that he adheres to the church's teaching about women's ordination and homosexuality, among other matters.

Normally, in these cases the issue begins to turns on obedience. The priest will be called by his religious superiors (who themselves are under the governance of the universal church) to adhere to the vows he made long ago. The conflict for the member of the religious order, then, comes down to a conflict between two sacred matters: one's conscience and one's vows, or, as my moral theology once professor put it, between justice and fidelity. Sometimes (Thomas Merton, OCSO, John Courtney Murray, SJ, Yves Congar, OP) the choice is for fidelity, and the person assents to his or her silencing, because they believe that God will work through their vows of obedience.  Their faith in their promises to God means that they also have faith in God's promise to them.  Or, as Merton said, "out of love of God who is using these things to attain ends which I myself cannot at the moment see or comprehend."  (One difference today is that the Vatican is now requiring formal, written, and often public, statements of compliance and agreement.  Merton, for example, was not asked to make any public statements about his agreement with the reasons behind the silencing.)  In other cases (Roy Bourgeois and many others), the choice is for justice, because they believe that God is calling them through their conscience to speak out.  Often, in cases where the silencing is not adhered to, and thus the vow of obedience is broken, the priest is dismissed from the religious order and, in some rare cases, excommunicated.  Father Flannery fears, he said today, that his situation might lead to his excommunication.  (Here is the statement from the Redemptorists.)

The key in these cases is this: It is never an easy choice. One can say that in a perfect world justice and fidelity would always be one, but we see in some cases they are not: the person's conscience does not allow him (or her) to live out the vow of obedience and so he speaks out; or the person's vow of obedience does not allow him to speak out so he remains silent.  Remember that an informed conscience is the ultimate arbiter in the moral life, and one should never violate one's conscience, where, as the Second Vatican Council taught, we hear the echo of God's voice.  (Clearly Fr. Flannery, an educated and thoughtful priest, knows what a formed conscience is.)

James Martin, S.J.
@jamesmartinsj
Show Comments (
22
)
Comments are automatically closed two weeks after an article's initial publication. See our comments policy for more.
John Hayes
9 years 3 months ago
"Remember that an informed conscience is the ultimate arbiter in the moral life, and one should never violate one's conscience, where, as the Second Vatican Council taught, we hear the echo of God's voice" "Informed" is the complication. "Donum Veritatis" written by Benedict while he was prefect of the CDF refers to "Dignitatis Humanae" but seems to say that if your conscience doesn't agree with the Magisterium, you haven't formed it correctly:

38. Finally, argumentation appealing to the obligation to follow one's own conscience cannot legitimate dissent. This is true, first of all, because conscience illumines the practical judgment about a decision to make, while here we are concerned with the truth of a doctrinal pronouncement. This is furthermore the case because while the theologian, like every believer, must follow his conscience, he is also obliged to form it. Conscience is not an independent and infallible faculty. It is an act of moral judgement regarding a responsible choice. A right conscience is one duly illumined by faith and by the objective moral law and it presupposes, as well, the uprightness of the will in the pursuit of the true good. The right conscience of the Catholic theologian presumes not only faith in the Word of God whose riches he must explore, but also love for the Church from whom he receives his mission, and respect for her divinely assisted Magisterium. Setting up a supreme magisterium of conscience in opposition to the magisterium of the Church means adopting a principle of free examination incompatible with the economy of Revelation and its transmission in the Church and thus also with a correct understanding of theology and the role of the theologian. The propositions of faith are not the product of mere individual research and free criticism of the Word of God but constitute an ecclesial heritage. If there occur a separation from the Bishops who watch over and keep the apostolic tradition alive, it is the bond with Christ which is irreparably compromised