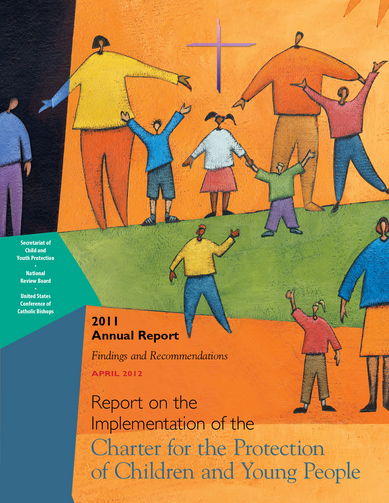 In recent years the Archdiocese of St. Paul and Minneapolis has been annually audited as part of the U.S. Conference of Catholic Bishops’ Dallas Charter protocol aimed at preventing the sexual abuse of children, as have virtually all other dioceses around the United States. It has, like most other dioceses, been found by professional auditors commissioned by the U.S.C.C.B fully compliant with the articles of the charter pertaining to responding to reports of abuse and efforts to prevent abuse. In fact, it has been years since the diocese was last found worthy of even a warning of being out of compliance with any of the articles of the charter.

But testimony in a recently released affidavit in St. Paul offers “cause for concern” about the efficacy of the bishops’ auditing procedures, the chairman of the U.S. bishops’ National Review Board, Francesco Cesareo, Ph.D., the president of Assumption College in Worcester, Massachusetts, acknowledged. “If what is being described in the [affidavit] is accurate and yet we are getting a diocese rated as compliant, then that is cause for concern,” he said in an interview with America.

The testimony Cesareo referred to was offered on July 14 by the archdiocese’s former chancellor Jennifer M. Haselberger, a canon lawyer who spent five years as an advisor and archivist for the archdiocese. A lawsuit brought on behalf of a man who says he was sexually abused as a child by a diocesan priest in the 1970s alleges that the Archdiocese of St. Paul and Minneapolis and the Diocese of Winona created a public nuisance by keeping information on abusive priests secret. Much of the testimony in Haselberger’s affidavit would seem to support that conclusion. In her lengthy testimony, which offered a rare insider’s look at the internal decision-making around abuse allegations, Haselberger accused top church leaders of a "cavalier attitude" towards the safety of children and contradicted aspects of sworn testimony by former top church deputies Peter Laird and Kevin McDonough and archdiocese attorney Andrew Eisenzimmer.

Haselberger also alleges that during her tenure in the archdiocese U.S.C.C.B.-commissioned compliance auditors "were not ever allowed access to our clergy records to determine if the data matched what we reported.”

She adds, “Had they done so, they would have found out that it did not. On the day that I resigned in April of 2013, eleven years following the adoption of the Charter, the Archdiocese still had not secured the 'essential three' (background check, VIRTUS training [to prevent or identify child abuse], and signed Code of Conduct) for all of its diocesan priests.”

According to Cesareo, the auditing process initiated after the promulgation of the 2002 Dallas Charter is essentially under constant review by a standing committee and that he planned a thorough reappraisal of its “efficacy” this year. In the most recent assessments of the St. Paul-Minneapolis archdiocese, “nothing that emerged in the audit indicated that the diocese did not follow protocols,” Cesareo said.

If the allegations included in Haselberger’s affidavit prove to have merit, he said, it is a concern that other dioceses might likewise have issues that are not being uncovered through the current auditing process. The annual audits rely on self-reporting and record-keeping from the dioceses themselves. According to Cesareo, the comprehensiveness and procedures for such record-keeping varies from diocese to diocese.

Cesareo said in the coming months the audit committee will be asking, “Is the audit instrument effective in its current form. Maybe we need to take a look at that instrument. Do we need to change it to make it a more useful tool?”

He added that the audit committee will certainly be asking “is there a way for the audit to be improved so that it can get at information it is [currently] not getting at…so that we don’t have these situations.”

Deep problems within the Archdiocese of St. Paul and Minneapolis first became evident in May 2013 when its accountant pleaded guilty to a theft of more than $670,000 in church funds. According to her testimony, after frequently struggling with archdiocesan officials over the handling of problem priests, Haselberger resigned in April 2013 and went public with her concerns.

Among the allegations in her testimony, Haselberger says that she discovered in 2008 that the archdiocese had not conducted background checks on most priests since the early 1990s and that “nearly 20” of 48 clergy under restrictions over sexual misconduct with adults and children were still in ministry. She also alleges that questionable practices, including declining to report possible criminal acts by diocesan priests, continued through 2013.

A spokesperson for the archdiocese declined to respond to questions related to the allegations within Haselberger’s affidavit. In a statement at its website, the archdiocese said Haselberger's "recollections are not always shared by others within the archdiocese" but that her "experience highlights the importance of ongoing constructive dialogue and reform aimed at insuring the safety of children.”

Since Haselberger's resignation, "we have begun the implementation of the Safe Environment and Ministerial Standards Task Force Recommendations which address some of the concerns she has raised," the archdiocese said, adding, "We continue to take concrete steps toward greater transparency and accountability in protecting children while offering hope and healing to victims.”

That volunteer archdiocesan task force met in the wake of Haselberger’s revelations at the time of her resignation. Its final report, issued at the end of March 2014, “revealed serious shortcomings in the Archdiocese’s implementation of the Dallas Charter.” The task force found that too much authority was concentrated in too few hands, that the archdiocese’s communication “with the faithful, the public, the media, and victims of abusive clergy about clergy sexual abuse of minors” had been inadequate, and that “the Archdiocese’s record-keeping regarding the performance and conduct of its clergy is not comprehensive or coordinated and relies on outdated systems.”

Kevin Clarke
@clarkeatamericaclarke@americamagazine.org
Show Comments (
2
)
Comments are automatically closed two weeks after an article's initial publication. See our comments policy for more.
Eugene Pagano
7 years 2 months ago
I think you are confusing a deposition, usually an oral examination under oath, with an affidavit, a written statement sworn to by the person making the statement.
Kevin Clarke
7 years 2 months ago

I was. Thank you; corrections made.