How does a Catholic read the Bible? 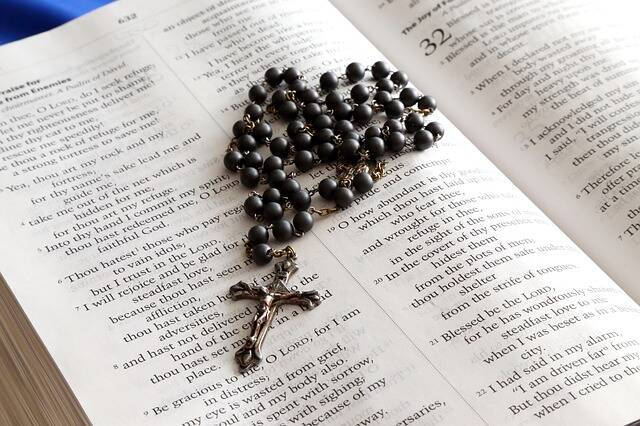 How does a Catholic read the Bible?

I certainly can't speak for all Catholics, but I can speak a little to the Catholic tradition. And the best explicator of that tradition in recent decades was, in my opinion, my professor of New Testament in graduate studies, the late Daniel J. Harrington, S.J., who taught at Boston College for many years, wrote hundreds of articles on the Bible and was the editor of the scholarly journal New Testament Abstracts. He probably knew more about the New Testament than any other scholar in English-speaking world.

Funny enough, he started one of his books with the story of some traveling evangelists coming to his home in Boston when Dan was about 10 years old. This was around 1950. When his Irish-Catholic mother opened the door, the "ministers of the Word" said that they’d like to come in and discuss the Bible.

“We’re Catholics,” she said. “We don’t read the Bible.” As Dan said, “The conversation was over.” Fortunately, things have changed since then.

In that same book, “How Do Catholics Read the Bible?” Dan provided a wonderful summary of our topic:

Christianity is sometimes described along Judaism and Islam as a ‘religion of the book.’ However, that description is not entirely accurate, since Christianity is really the religion of the person, Jesus Christ, the Word of God, to whom the words in the church's book (the Bible) bear witness. Or better still, Christianity is the religion of God understood and experienced as Father, Son, and Holy Spirit. The Bible, or Holy Scripture, the book that was both created the church and was created by the church, is a privileged witness to God's dealing with the people of God in both the Old and the New Testaments.

I should probably just end now because that's as clear as anyone can say it. But since I'm a Jesuit, I won't end her.  I’ll continue for just a little while.

The Catholic approach to the Bible may be characterized as a both/and, rather than an either/or. This became more obvious after the Second Vatican Council, the great gathering of bishops in the early 1960s that was meant to “update” the church, as St. John XXIII put it--to let in a little “fresh air.” As most of you know, the Council published a great and moving document called "Dei Verbum," "The Word of God." It is a magisterial overview of how the church looks at the Bible.  Over thirty years later, in 1993, the Pontifical Biblical Commission produced a similarly helpful document entitled  "The Interpretation of the Bible in the Church."

Let me point out just three highlights of these two important documents.

First of all, "Dei Verbum" looks at the Bible as an instance of God's personal self-revelation to us. That’s important: God communicates himself, or Godself, not only through what we call “salvation history” as recorded in the Bible (that is, the way that God relates to humanity) but in the Bible itself.

Second, both documents looks carefully at the relationship between Scripture and tradition, which is long been a source of unfortunate controversy between Catholics and Protestants. In the Catholic Church we consider tradition to be guided by the Holy Spirit, and so Vatican II emphasized the close relationship between Scripture and tradition, describing them beautifully as both "flowing from the same divine wellspring."

What may surprise a lot of people is the third highlight: the church recommends the use of the methods and approaches of professional biblical studies. The Pontificial Biblical Commission's document commends what is usually called the "historical-critical method" as "the indispensable method for scientific study of the meaning of ancient texts," and also encourages our attempts to understand the different literary methods that are used in the texts. And it critiques a fundamentalist interpretation, which it calls "dangerous" on the grounds that it "invites people to a kind of intellectual suicide" because it "injects into life a false certitude." So Catholics are neither fundamentalists or literalists.

Back to the both/and rather than the either/or. The Catholic approach to Scripture insists on both the divine origin of the Bible and the necessary contribution of the people composed the books of the Bible at a certain time, in a certain place and for certain community. It urges us, in a word, to understand the Bible better as, to use one of the phrases are run through the 1993 document, "the word of God in human language."

To my mind, it's a sensible and spiritual approach to the Bible.

In my own life, the Bible is one of the primary ways that I encounter God. I focus mainly on Jesus, the person to whom I've dedicated my life. Through reflection on and study of the Bible I try to better understand who Jesus was, or rather, since I believe him to be risen, is. Also, I try to understand the history of his people, the Jews. But mainly I look to the Bible to meditate on what Jesus said and did during his ministry. How he lived. How he cared for people. And what we are meant to do as his disciples.

As a Jesuit, I related to the Bible in another special way, through a practice called Ignatian contemplation, wherein one imagines oneself as vividly as possible in a Bible scene, for example, the Feeding of the Five Thousand, or the Raising of Lazarus, or the Resurrection.

None of this is meant in any way to diminish the importance of the Old Testament, the Hebrew Scriptures or the Torah, depending on your preferred nomenclature. God’s Covenant with the Jewish people is still, obviously, in effect. As the Second Vatican Council reminded us over and over again.

But for me, as a Christian, I view the Bible primarily as a way of getting to know Jesus and his people the Jews, in both the Old and New Testaments. Other Catholics, and even other Jesuits may have different approaches to the Bible. But this is my own.

As I said, I can't speak for all Catholics, and perhaps not even for Catholic tradition since this is such a short talk, and I’m certainly no scholar. But I can speak for this Catholic. I'm happy to have been exposed to the Bible, to have been able to read it and study it, and now to celebrate it with you.

So with apologies to Mrs. Harrington, I am Catholic and, because of that, I do read the Bible.

This essay was delivered at an event in New York City for the Museum of the Bible, scheduled to open in Washington, D.C., in 2017.