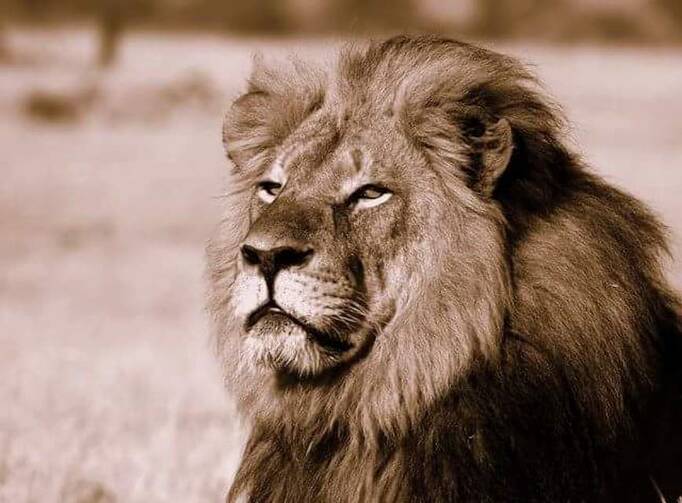 It is natural to grieve over the senseless loss of Cecil the Lion, the beloved black-maned mascot of the Hwange National Park in Zimbabwe. Cecil was killed by an American hunter, after his local guides lured Cecil out of the national park. After the lion died what was reportedly a slow and painful death, he was beheaded and skinned; later, the guides attempted to destroy (according to CNN) a GPS tracking device that was part of an Oxford University research project.

Cecil’s killing has brought forth a wave of sadness and indignation: sadness over Cecil, and indignation and even rage directed at the American hunter—Walter Palmer, a dentist from Bloomington, Minnesota, responsible for his death.  After the news broke, the dentist's Yelp page was flooded with angry comments and a makeshift shrine to Cecil, with stuffed lions, sprang up outside his office. Dr. Palmer has apologized, saying, "I had no idea that the lion I took was a known, local favorite, was collared and part of a study until the end of the hunt.” Johnny Rodrigues, the chairman of Zimbabwe’s Conservation Task Force called the lion’s death a “total tragedy.”

The gruesome, random and unnecessary death of any creature, particularly when it comes with so much suffering, is a cause for grief.  There is a natural sadness and revulsion that we feel at such times. It is a loss, and an affront against creation. As Pope Francis said in Laudato Si’, “Each creature reflects something of God and has a message to convey to us.” Cecil certainly said a great deal to his admirers over the years.

But I wonder if we feel the same revulsion over deaths that do not receive as much coverage. We need not look too far from Cecil, for example, just a few countries north, in South Sudan. Over the past four years, since it declared its independence from Sudan, the country has descended into violence, leaving millions of people dead and, according to some estimates, half the population in danger of starving. And, as several commentators have pointed out, South Sudan is, in a sense, our “foster child,” with Presidents George W. Bush and Barack Obama playing key roles in encouraging its independence.

Just as Cecil died a long and agonizing death, so have hundreds of thousands of innocent men, women and children in South Sudan, and so they will, as they starve and die from lack of water. Like Cecil, they are innocent victims of a violent life not of their making. Unlike Cecil, they don’t have many shrines dedicated to them.

The crisis in South Sudan is immensely complex, with its long history of ethnic and political rivalries. Perhaps that’s what makes it easier for us to shed a tear over Cecil. Poor Cecil (and I mean that seriously) is dead and there is little we can do. Shedding a tear over South Sudan would mean that we would be moved to some sort of response, which is more difficult.

What can one do, then? Read about it.  Learn about it. Advocate with your local legislator. Give money to Catholic Relief Services. And to Jesuit Refugee Service/East Africa.

You weren’t able to save Cecil, but you might be able to help South Sudan.