Gauging the impact of the SCOTUS Texas abortion ruling 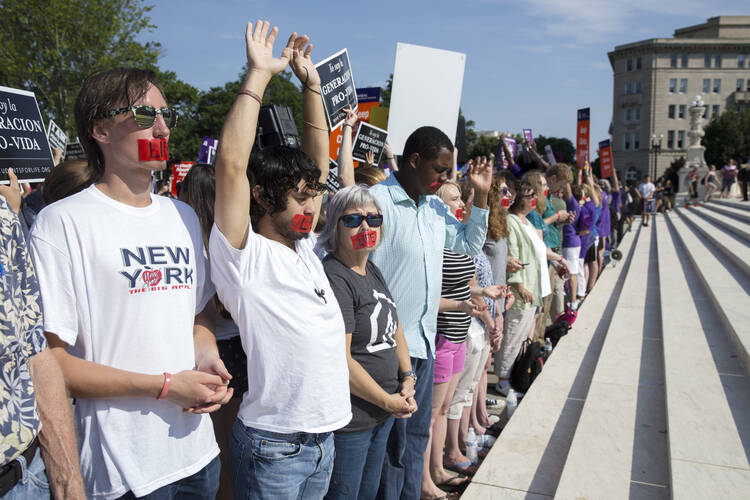 On June 27, 2016, the U.S. Supreme Court issued a 5-3 decision in Whole Woman's Health v. Hellerstedt declaring unconstitutional a Texas law that required doctors performing abortions to have nearby hospital privileges and abortion clinics to comply with ambulatory surgical center standards. The decision applies directly only to the Texas law, but puts in doubt the constitutionality of similar laws in other states. On June 28, the court issued orders declining requests from Mississippi and Wisconsin to hear appeals from lower court rulings that invalidated similar admitting-privileges laws.

Texas did not directly attack the right to abortion pronounced in Roe v. Wade (1973). Instead it passed health codes that had the purpose and effect of limiting access to abortion. The majority opinion in Whole Woman’s Health, written by Justice Breyer, applies the standard of review set forth in Planned Parenthood v. Casey (1992). “Unnecessary health regulations that have the purpose or effect of presenting a substantial obstacle to a woman seeking an abortion impose an undue burden on the right” and are unconstitutional. While the decision is based in part on the “substantial obstacle” caused by the number and location of patients, doctors and clinics impacted, the Texas law was struck down primarily because it placed stricter requirements on abortions than are required for other more dangerous procedures.

The case illustrates the importance of carefully crafted legislation. Justice Alito’s dissent, which is joined by Chief Justice Roberts and Justice Thomas, criticizes the majority for usurping legislative authority, but Texas failed to present evidence that its law would promote better health. The lesson of Whole Women’s Health is that laws applicable only to abortion should be supported by objective medical data and generally consistent with the standard of care required for similarly risky procedures.

A challenge to Louisiana’s admitting-privileges law is currently before the Fifth Circuit, the same court that decided the Texas case and was reversed by the Supreme Court. It is likely the Louisiana law will be declared unconstitutional as admitting-privileges are controlled by individual hospitals, often not based on physician competency and have no demonstrable impact on the provision of safe health care to women seeking abortions.