Five myths in the abortion and Down syndrome debate 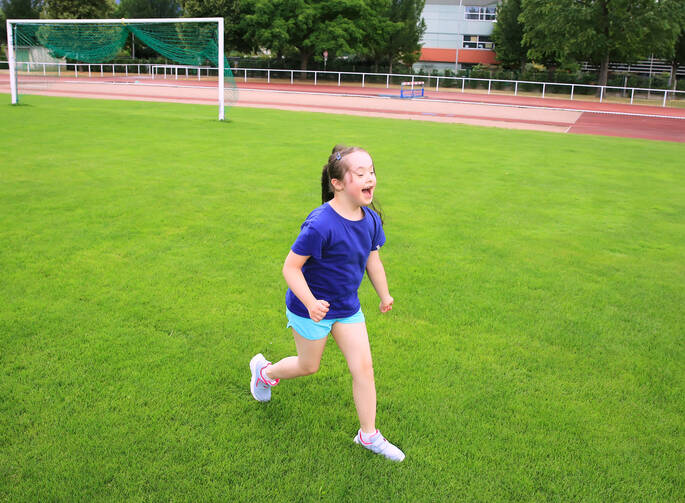 The New York Times continues their campaign against even the most moderate and popular policies that protect the lives of prenatal children. In the last several days they have run three very critical pieces about Ohio’s proposed law protecting babies with Down syndrome, with the most recent one released today. (The original story is here, and here is the editorial that followed it.) The latest piece, by a professor of political science at Villanova University, operates upon five assumptions or myths, which need to be called out as such. Here they are:

1. We know when babies in utero have Down syndrome.

Given that we kill 85 percent of babies via abortion thought to have Down’s, you might think that we are confident that these children do, in fact, have the condition. But there are many, many mistakes made with prenatal diagnosis, with NBC News reporting “positive results can be wrong 50 percent or more of the time.” Down syndrome is no exception. As I’ve been writing on this issue more and more of late, I’ve received numerous e-mails from parents who have told me story after story of being given a diagnosis, along with implicit pressure to abort, with the end result being a birth of a child who didn’t have Down syndrome. Ironically, the author of today’s piece in the Times was given a false diagnosis of Down’s for his child.

2. People with Down syndrome lead painful, burdensome lives and are better off not being born.

This is objectively false given that people with Down’s are actually happier than people who are normal. They are also quite independent, needing very little additional care. Here, for instance, are several people with Down syndrome saying precisely this in a video titled “Dear Future Mom.” We should be honest as a culture about the fact that these children are killed at such a high rate—not because they are a burden on themselves—but because having a child with Down’s doesn’t meet our expectations. This is a classic example of the throwaway culture that Pope Francis is calling us to reject.

3. Americans support abortion in the case of Down syndrome.

Without citing evidence, the author of the Times piece says that Americans are “significantly less critical” of abortion in the case of “mental and physical impairment.” It is unclear which polling is being referenced here, but the claim is deeply problematic since it fails to distinguish different kinds of impairment. Someone will think differently, obviously, about an abortion in a case in which the child will never have consciousness (as in the case of anencephaly) versus a case in which the child will lead a happier life than those who are “normal” (as in the case of Down syndrome). So, at least without more data, we have to say that the claim Americans support killing babies in utero because they have Down’s is a myth. Anecdotally, I’ve never met a pro-choice person who isn’t horrified that the abortion rate for Down syndrome children is 85 percent, especially when they learn that they lead happy and full lives.

4. Attempts to restrict abortion come from pro-life conservatives who wish to override a woman’s right to choose.

This appears to be a misunderstanding wrought of the culture wars. As I emphasized in my previous piece in America:

21 million Democrats identify as pro-life and 73 percent of Americans overall want abortion banned after 12 weeks. Furthermore, over 60 percent of Republicans want abortion to remain legal in some form, and nearly 70 percent of pro-lifers want abortion legal in cases of sexual violence and when the mother’s life is threated. Though it doesn’t get a lot of play in our polarized, binary-obsessed public sphere, many liberals want abortion restrictions and many conservatives want legal abortion. The lazy political story that the Times continues to tell us is false. And it is particularly false in the case of restricting abortion in the case of Down syndrome, a fight that is led by progressive disability activists. Unfortunately the Democratic party is unwilling to challenge the “abortion on demand without apology” dogma of NARAL and Planned Parenthood, so disability activists are forced to work with conservatives on this issue. But a more natural home would be the party that claims to use the government to protect the voiceless and vulnerable.

5. Pro-lifers who want to restrict abortion in the case of Down syndrome are also trying to slash government programs like Medicaid that help people with disabilities.

To repeat: “pro-lifers” are a diverse group and can’t be boxed in politically. Jon Kasich—the pro-life conservative governor of Ohio who will likely sign this bill into law (he has apparently signed every other piece of pro-life legislation)—expanded that state’s support of Medicaid. Many, many pro-lifers agree that we should continue to expand our resources for the disabled—especially those with profound disabilities. But, let us remind ourselves that people with Down’s very rarely fall into this category. Here, for instance, is the story of a friend I wrote about in a piece I did a few weeks ago for The Washington Post. It is an important story to keep in mind as we think about our abortion practices and the lives of people with Down syndrome:

My parents were told [my sister] might never read, yet she does (currently the “Hunger Games” series). My parents were told she might never talk and she does talk (favorite topic: Taylor Swift). My parents were told—in effect—to lower their expectations. They never did and she has excelled. Veronica holds a job working 10-12 hours a week in a local outpatient clinic. She volunteers at a daycare center. She is extremely active in several local clubs and organizations. She was on the swim team in high school. She rides horses. She is a vocal advocate for disabilities awareness. Veronica has a busier social schedule than I do. She even dates a nice young man—much to her older brothers’ chagrin.

Charles C. Camosy
@CCamosy
Show Comments (
10
)
Comments are automatically closed two weeks after an article's initial publication. See our comments policy for more.
Michael Gallagher
6 years 8 months ago
Nice article but I think we need to be clear on point 1. If the "diagnosis" of trisomy 21 is by cell-free DNA or first trimester screen it is not definitively accurate. But if there was a CVS or amniocentesis done it is 99.999% accurate. It is misleading to say that it is 50%. So, our counseling should be aimed not at doubting the diagnosis but at conveying some of the other truths in this article.
Crystal Watson
6 years 8 months ago
I think your assertion that people who are pro-choice are also those who are trying to slash Medicaid is completely false. It's mostly Democrats who are pro-choice and they are the ones who defend Medicaid. I speak from experience as someone who is pro-choice, a Democrat, a person with a disability, and someone who uses Medicaid herself.
Tim Reidy
6 years 8 months ago

Cristal, this isn't the argument Prof. Camosy is making. He is saying that many pro-lifers support the expansion of Medicaid.