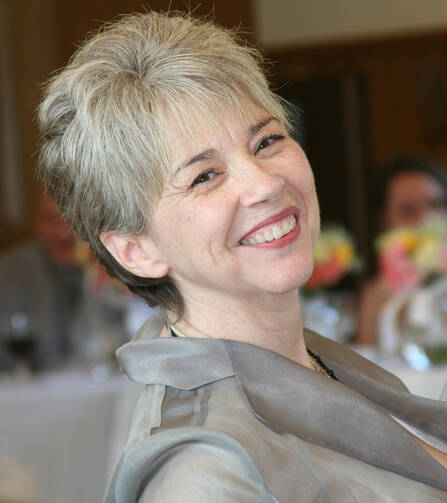 Mary Doria Russell is an American Jewish novelist who is the award-winning author of The Sparrowand Children of God, a pair of science fiction works featuring Jesuits who travel into space. Praised for the meticulous research in her novels, she holds a Ph.D. in anthropology and has also written four historical novels: a World War II thriller about Jewish survival in Nazi-occupied Italy (A Thread of Grace), a political romance about the making of the modern Middle East (Dreamers of the Day) and most recently, a pair of Westerns, Doc and Epitaph.

Ms. Russell’s newest book, Epitaph: A Novel of the O.K. Corral, was released on March 3 (Ecco Books) as a follow-up to her Western novel Doc. On April 9, I interviewed Ms. Russell by email about her writing and her new book.

What inspired you to write Epitaph, a historical novel about the gunfight at the O.K. Corral?

Ever since it occurred on October 26, 1881, the gunfight at the O.K. Corral has been central to what Americans believe about frontier justice in the Old West. In the 13 decades that followed this 30-second street fight, dozens of feature films have depicted it, along with documentaries, radio plays, TV series, and thousands of books.

I wanted to understand why we keep telling this story over and over, generation after generation. Why–out of all the brutality and confrontation of the frontier–why did that half-minute of violence become so important? I wanted to understand those 30 seconds in their cultural and historical context, and in the context of our own times, which are so similar politically and economically.

When and why did the myth-making take hold? How did Wyatt Earp become the hero of the story, when his brother Virgil was the officer in charge? How did an inoffensive alfalfa farmer like Tommy McLaury get turned into an outlaw who deserved to die? How did John Henry Holliday come to be portrayed as a reckless, drunken killer?

The true story of what happened in Tombstone is not about good guys and bad guys. It's an American Iliad–a story of ruinous anger and pigheaded stubbornness. Homer tells both sides of the siege of Troy, giving equal weight to the Greeks and the Trojans, providing an honest portrayal of their weaknesses and strengths, their mistakes, their regrets and their sorrows. That's what I wanted to do in Epitaph.

Who are you writing for?

Anybody with $16 or a library card! Seriously–I don't write for a specific slice of the publishing market. My readers range in age from 14 to 83. The fan mail comes from all over the world: Turkey, Texas, Croatia, Washington, D.C.–a few days ago, I got email from a guy in a federal prison!

I write to understand people and events that puzzle me; my novels appeal to readers who have the same hunger to go below the surface of things. This makes me hard to categorize as a novelist, but it also keeps my books in print, year after year.

You frequently address spiritual crises in your work. How does faith play a role in your new novel, Epitaph?

Well, Wyatt Earp was a born-again Christian for about ten years. He went off the rails pretty decisively after his first wife died of typhus. He was drinking heavily and at one point he was arrested for horse theft and general bad behavior. In his mid-twenties, he became a teetotal Methodist. That was when he made his name as a lawman in Kansas.

The assassination of his younger brother, Morgan, in 1882 unleashed a Homeric rage that left all religious restraint dead in the dust. In the 96 hours that followed Morgan's death, Wyatt gunned down at least five men. He was wearing a badge at the time, but he acted as detective, judge, jury and executioner, and I don't sugarcoat that.

He never went back to church, but he remained a believer, though an angry and bitter one. I didn't use this quote in Epitaph but in old age, he remarked, “God owes me an explanation.” Not good theology, but that's how Wyatt saw it.

What draws you to the Old West?

Settings don't draw me. I'm drawn to those I feel are unfairly maligned, and I develop their historical and cultural setting to place them and their lives in context. I'm also drawn to what anthropologists used to call “marginal natives”—people who don't quite fit into their culture and who have an interestingly skewed view of what goes on around them.

Doc Holliday is a perfect example of both categories. Doc had been dead for decades when the first two books about the gunfight were written; he surely would have sued for libel to defend his good name if he'd been alive. In the 1920s, it was easy to offload Wyatt's responsibility for what happened onto others and in the movies, Doc became a stock character: a good bad man who is redeemed by his support of the hero.

The real John Henry Holliday was beautifully educated and just starting a fine career as an Atlanta dentist when he was diagnosed with advanced tuberculosis. At just 22, he had to choose between dying young in the lethal, steamy heat of Atlanta, or going west in the hope that the dry air and sunshine could cure a disease that was eating him alive.

Scared, lonely and very sick, that quiet bookish boy found himself on the rawest edge of the frontier, cut off from everyone and everything he loved: music, books, family. He must have felt like he was on the far side of the moon.

I suspect we'd feel the same way if we were dropped into Texas in 1873—although Doc's education and cultural sophistication generally exceeds our own. He read Homer in Greek, Vergil in Latin and Flaubert in French. Not many of us can say the same, but we're certainly closer to Doc's point of view than we would be to those of the barely educated men and women he lived among in the West.

To convey all that, I had to make his setting clear: the high culture of nineteenth century Europe, for which he was educated, and the filthy, noisy, frightening world of the frontier that he endured in a desperate effort to cure the tuberculosis that was killing him.

Going west was cultural chemotherapy for John Henry Holliday: awful, but his only hope.

Who are the biggest influences on your writing?

The Scottish historical novelist Dorothy Dunnett was a huge influence in the beginning. The layered characterization and gorgeous prose of her novels made most other fiction seem shallow and unsatisfying.

She taught me to trust readers' intelligence—trust them to tolerate ambiguity for a few paragraphs or pages, to allow readers to make inferences. After Dunnett, I found myself intensely annoyed by authors who spell everything out immediately. She also made me want to write in a way that would reward rereading.

That said, by the time I was working on my third novel, A Thread of Grace, my style was my own, and that style was fitted to each new genre and each set of characters I've represented since then.

Although your books sometimes include Catholic characters, you left the church a long time ago. Why did you leave?

A variety of reasons, both trivial and substantive. I sang in the Sacred Heart Church grammar school choir in the early 60s and loved Gregorian chant. When that was replaced by bad folk music sung by sopranos with guitars, I just couldn't stand to be in the building anymore. More profoundly: I simply do not believe in the divinity of Jesus. Eventually, I found a spiritual home in the religion Jesus practiced.

How have your religious beliefs evolved or changed during the course of your writing career?

After 20 years of atheism, my interest in religion was renewed when I became a mother. I could not go back the any form of Christianity, but in following the roots of that religion back one generation, I rediscovered the source of an ethical and moral framework I still valued. Judaism is, in essence, all about raising children who will want to be good, without the threat of hell or the promise of heaven.

Now that my son is grown, there is less involvement with our synagogue, but we remain kosher, light the candles and bless the wine on Shabbat, and celebrate holidays like Pesach and Chanukah with crowds of non-Jewish friends. Every time I think, “I'm too old for this” and mention that I'd like to pull back a little from the parties, people howl with dismay, so I'm still everybody's Jewish mother! I'm looking forward to being some new little person's Jewish grandmother, but that's still in the future. Patience!

What is your impression of Pope Francis and the current state of Catholicism?

To be honest, I was shocked but thrilled when Francis was elected. I'd have said that Jesuits in space were far more likely than a Jesuit in the Vatican. Fiction has to be plausible. Real life? Evidently, not so much.

The pope's Jesuit pragmatism and preference for the poor has been deeply satisfying to observe. His humility, humor, and generosity of spirit are refreshing and admirable.

I'm an Elizabeth Warren Democrat, and I have been heartened by his blunt criticism of unbridled capitalism. I'm also hoping that Francis will become an important new voice for stewardship of the environment. He's way more charismatic than Al Gore, and a billion Catholics could make a difference that just might turn things around for the planet.

I just hope he lives long enough to open the doors and windows of the church and let some fresh thinking blow the theological cobwebs away. I keep looking at that waistline and thinking, “Lay off the pasta, honey, and get a little exercise!”

What’s your next big project?

On Dec. 24, 1913, 58 children were killed at a Christmas party because their parents were trying to unionize the copper mines of upper Michigan. That's a story I want to tell. It's time to remind ourselves why the American labor movement came into being and to think hard about an unbridled capitalism that still cloaks itself in Christianity while impoverishing workers around the world.

What do you want people to take away from your work?

The less you know, the easier it is to be certain.