Earlier this month, the Department of Health and Human Services (HHS) adopted new standards related to preventive services for women’s health. The Catholic reaction to the proposed standards--which are slated to go into effect sometime after the ongoing 60-day comment period--has been mixed. On the one hand, the standards have been praised for expanding access (especially among poor women) to services such as pap smears or mammograms. At the same time, the Catholic Health Association and the U.S. Conference of Catholic Bishops have strongly critiqued the new regulations because they require private health plans to cover all contraceptive techniques approved by the Food and Drug Administration, as well as female surgical sterilization.

But the Catholic outcry about these regulations has had more to do with conscience than with contraception, even though some commentators have presumed the opposite. In other words, the issue has been framed as one of religious liberty, not morality. Writing in America shortly before the new regulations were announced, Catholic University president John Garvey summarized the question this way: “the issue before HHS is not whether to allow sterilization, contraception, and abortion. It is whether to order insurance companies to cover these services, and employers and employees to pay for them, even if they view them as morally wrong.”

The HHS dust-up is the latest conscience-based confrontation between Catholic organizations and the government. Earlier this year, Catholic Charities in Illinois sued the state after the governor signed a new civil unions law. While the Catholic church opposed that law, the lawsuit was instead concerned with conscience. The law would have required Catholic Charities to consider adoption applications from gay and straight clients on equal footing, despite official Catholic opposition to same-sex unions. In the end, various branches of Catholic Charities in Illinois have discontinued foster care and adoption services. A similar situation arose in the nation’s capital after D.C. legalized same-sex marriage in 2010. Catholic Charities in the Archdiocese of Washington readjusted its health care benefits for their employees so as to avoid extending spousal benefits to those in same-sex unions. A less noted consequence was that Catholic Charities also transferred their foster care portfolio to another organization, after initially warning that they might have to cease providing social services altogether if forced to recognize the validity of same-sex marriages.

Many people react to these controversies based on their views about contraception or same-sex marriage, not conscience or religious liberty (for more about the "absurd attack on contraceptives," go here). The truly skeptical may even view conscience arguments as a smokescreen, a constitutional way to win moral arguments. Perhaps that is the case, but perhaps not.

Whatever one makes of the underlying neuralgic issues (which could be conscientious objection to war just as easily as contraception or gay marriage), it is helpful to remember that there are very good political reasons to take these conscience objections seriously. And these are the same reasons that inspired the religion clauses of the First Amendment in the first place. On one hand, government must not be in the position of telling religious organizations what to believe. On the other, overtly sectarian interests cannot serve as the basis of political decisions in a pluralistic society. Severed from third-rail social issues, these seem to be mostly uncontroversial political ideas.

Quite apart from these constitutional questions, there is a very practical and moral reason to safeguard conscience protections: the welfare of actual human beings hangs in the balance. Catholic hospitals and social service providers--those institutions most recently implicated in conscience debates--serve thousands of Americans of all faiths each year. They are a vital part of the country’s health care and social service infrastructure, and a vital part of the church's witness to the Gospel. Yet as noted above, church leaders seem increasingly willing to simply stop providing a given service when they judge it can no longer be offered in a way consistent with church beliefs.

That seems, at least to me, like the worst possible outcome, not only for those served by Catholic organizations, but also for a church that bears a special mission to care for the poor, the sick and the vulnerable. And in light of the country's longstanding respect for conscientious objection and religious liberty, it seems like a decision we should not have to make. 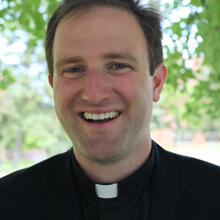 Timothy W. O'Brien, S.J.
@tob_sj
Show Comments (
5
)
Comments are automatically closed two weeks after an article's initial publication. See our comments policy for more.
Juan Lino
11 years 3 months ago
Wonderful post Timothy.  I agree that it is vital to safeguard conscience protections and if all Christians don't wake up to what is quietly happening around us we may find ourselves betraying ourselves and Christ.  (People of other faiths may find themselves in the same boat too.)  Thanks for bringing the issue to everyone's attention.
John Barbieri
11 years 3 months ago
The CHA thought they had a deal with our politicians.
Why be surprised about how things worked out?
Tom Maher
11 years 3 months ago
First things first.  The "worst possible outcome"  is not for the church to stop providing services.  Stop providing services is a very bad outcome but it is not the worst.  The worst possilbe outcome would be for the church to submit to government regulation that violates its own teachings. Submitting to the current politcal dictates would be an abandonment of its political and Constitution rights and the abandonment of its own teachings - an unacceptable of basic intergity.  How would is it possible for the church to facilitate something that the church says is wrong without loss of its integrity?

Providing social services to the poor is not the church's highest or only mission.  The church primary mission is to show the way and be the light of the world to all people not just the poor. The church is not just another service provider that should slavishly conform to all ill-considered demands of  governemnt or expectations of the public or risk losing goevenment funding.  The church is not just another contractor or politcal organization that are adaptable to all new social and political demads..

The church must act consistantly with its teachings even when politcal conditions have tuned pronounely hostile as they now have at the local , state and federal level.  The church need to recognize and  adapt to these new potitically hostile environements as it has continously done in the past  to numerous politcal threats hostile to the church's religious freedom in America.  Once again the independence of the Catholic church in America is under political attack.
Winifred Holloway
11 years 3 months ago
Can an institution have a conscience?  That's what this article seems to assert.  I doubt that the consciences of individual Catholics are troubled by the knowledge that contraceptives and surgical sterilization can be covered by health insurance.
Tom Maher
11 years 3 months ago
For a prospective on whether health insurance companies should be required to cover contraceptive by the government a Rasmussen poll of American Adults of August 4, 2011 showed 39% said they should cover contrarceptives, but 46% said they don't think they should be.  Another 15% were undecided.  A majority perfered to have choice of selectring a less expensive health insurance policy that does not include paying for other people using contraceptives.  A majority do not want to pay higher insurnce preimiums for someone else's free use of contraceptives.

This new coverage requirement derives fom the new health care law boards.  Effectively the board are creating new costly mandates on top of the legal mandate where  everyone in America must pay for a health insurance policy .  A Rasmussen poll of August 15 found 54% of likely voters favor the repeal of this new health care law.  This  weekly Rzasmussen poll has consistantly found a majority favor repeal since the law was enacted in March 2010.

Repeal of the health care law would get rid of the numerous boards that will create numerous new health care regulations that are raising the cost of health care insurance premiums higher than they already are.  But the voting public has no direct influence over these boards that are politcally appointed yet free to create new mandates without knowledge or concern of the mandates impacts on society.  These boards act to maximize haelth care in disregard to all other concerns.

The church should not hesitate to publically make known its opposition to the new regulations created by this inherently flawed law and very politically unfavored law.