Do you suffer from spiritual Imposter Syndrome?

Do you suffer from spiritual Imposter Syndrome? 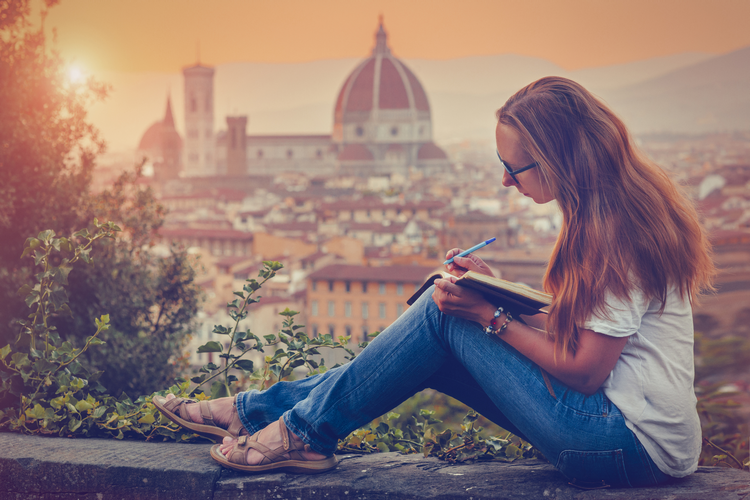 We writers love when a reader gives us positive feedback on something we’ve written. We eat it up. Since we usually spend our writing time in isolation, in an empty house or undercover in a cafe or behind an office door, we delight in knowing that our words recorded in solitude have made it out into the world and touched another heart. (Conversely, the sting of one negative comment left anonymously online can cancel out the balm of a dozen positive ones. We like to think we have grown thick hides, but sometimes, poison darts get through to the quick.)

Recently, though, some glowing praise from a fellow parishioner gave me pause. Catching me after Mass and thanking me for a recent faith-based essay, he said, “You know, I think of you as my spiritual director.”

I thanked him, but I went away chastened. These were big words, weighty words. I know they were meant to compliment me, but they actually crushed me by adding heft to my Imposter Syndrome. You know about Imposter Syndrome? It’s when a person of any given profession—writer, professor, preacher, parent—secretly suspects that, in spite of his or her accolades and achievements and high standing and seeming expertise in the field, the jig will be up as soon as someone figures out that he or she is full of it. The emperor has no clothes. Pay no attention to the man behind the curtain. Someone is going to realize that I am no expert, that my credentials mean nothing, that I actually have no idea what I’m doing, and I will have to cop to it. Because in my heart, I know that I really am full of it.

I admit it. I may write well about faith, but I am no good at it. I may sound like I am all about God’s will, but I spend a lot of time ducking it. I would be a wretched spiritual director, because I can’t even direct my own affairs of the Spirit. I don’t pray enough. I don’t volunteer enough. I don’t donate enough. I don’t even write enough. Anyone can tell you that I am a half-assed Catholic. I take it all in, but I don’t give nearly enough back. If I even try to think of myself as worthy of offering spiritual direction, my Imposter Syndrome shouts this fraudulent thought down immediately. I don’t know why anyone ever publishes anything I have to say about heaven and earth.

Then again, maybe it is actually wise for a spiritual writer to have Imposter Syndrome. We who presume to write about the things of God are probably least helpful when we think we are most profound. As St. Augustine said, “If you do understand, then it is not God.” We can only write as the Spirit moves us, spill our guts, edit, rewrite, edit again, rewrite again, say a little prayer and submit. We are both gratified and humbled if our words speak to another’s soul, because we understand deep down that anything that works was God’s idea, not ours.

Show Comments (
3
)
Comments are automatically closed two weeks after an article's initial publication. See our comments policy for more.
William Rydberg
3 years 8 months ago
If you follow the way, you will never stop being you. From the beginning Jesus made us all good. For all things were made through him. And the best part is that we will share in the divine nature. Good News! in Christ,
Bruce Snowden
3 years 8 months ago
Valerie, you’re no “Spiritual Imposter!” You’re good at what you do, an admission I gladly make including also all other article contributors to AMERICA Magazine. God and the things of God are essentially inexpressible – see what a “hard time” even God has in expressing Himself in Scripture, scholarship and interpreting needed, using the limited arrangement of words, not only for God who finds vocabulary very limiting, but for scholars and interpreters too. Of course, God doesn’t have a “hard time” doing anything, the best example His spoken Word incarnated in Jesus, His Son, Second Person of the Blessed Trinity, God’s most successful spoken Word. It’s hard to speak of God, even more difficult to speak for him, but surprisingly how easy it is to speak to Him! You do a very good job speaking about God, because I believe you spend time speaking to him and he answers in ways known to your heart and the heart grasps what the mind cannot comprehend, as Pascal might say! Incidentally, that’s why Holy Father Francis is so much in touch with the heart of the Church, its people, the Body of Christ. He prays and prayer teaches. Regarding prayer as a teacher, you know, one must smell the air feel it too, at the scene contemplated not just figuratively, but in a sensory way as well, so that you just don’t smell the smoking fire in the Court of the High Priest where Peter was warming himself, but you also feel the heat from that fire, unexpected experiences that make the heart pound, not just beat! And so much more. Prayerful imagination allows one to soar from star, to star, I mean from one mystery of our Faith, to another amazingly, or track down to the rim of Hell, dodging the flying sparks of sin! But you know this and I feel a bit goofy telling you about it. So, thanks for all you do for us in your spiritual writings. Keep going, keep teaching and even at times make us laugh with good humor! You are not a spiritual imposter. And congratulations to your husband and four daughters five great blessings from God, a necessary six, you, completing the family.
Ann Robertson
3 years 5 months ago
"our words speak to another’s soul, because we understand deep down that anything that works was God’s idea, not ours" so you are being used by God in a very special way. Then we have to believe that we too cane be used in ordinary ways with the much lesser talents we have been given.
Advertisement