Chastity is for Lovers: Author Q&A with Arleen Spenceley

Chastity is for Lovers: Author Q&A with Arleen Spenceley 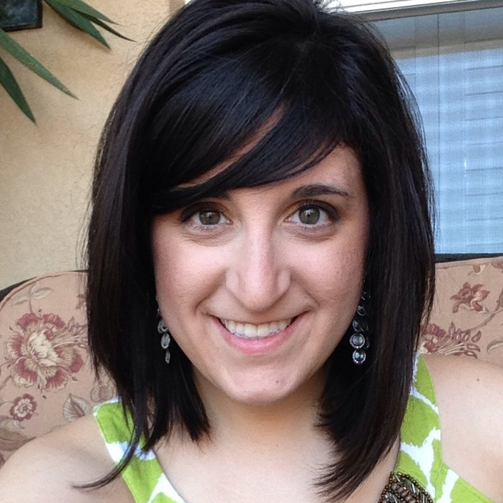 Arleen Spenceley is a staff writer for the Tampa Bay Times in the Tampa Bay area.She is also a contributing writer at the Catholic Match Institute, the Chastity Project and Ignitum Today. She holds a bachelor’s degree in journalism and a master’s degree in rehabilitation and mental health counseling from the University of South Florida in Tampa.

Miss Spenceley maintains a blog where she writes about relationships and pop culture. Her first book, “Chastity is for Lovers: Single, Happy, and (Still) a Virgin,” will be published Nov. 28 by Ave Maria Press. It describes her experiences as a (now) 29-year old, self-described “happy virgin.”

On Oct. 14, I conducted the following email interview with Miss Spenceley about her upcoming book.

Why did you write this book?

I wrote Chastity Is For Lovers for a few reasons: First, we live in a culture that says “everybody’s having sex.” But that’s false. Adults who are virgins exist, and so do adults who are saving sex from now on. As a virgin, I have felt like the only one. Others, virgins or not, who practice chastity in this culture have felt alone, too. But they aren’t, and I want them to know that. That’s why I wrote the book. A second reason I wrote it is because a lot of adults have discovered that the path our culture says will lead to lasting love never does. Their relationships aren’t doing so hot, and chastity – in this culture – is an alternative approach that I present. Lord willing, readers who need an alternative will try it. And a third reason: the virtue of chastity is wildly disrespected and widely misunderstood. I wrote Chastity Is For Lovers in order to clarify it.

My primary target audience is young adults, but I wrote the book with adults of all ages, vocations and states of life in mind. Chastity is for everybody: single, married, religious, regardless of the past.

How do you understand chastity?

The Catechism of the Catholic Church calls chastity the successful integration of sexuality within the person. So chastity, as I see it, doesn’t separate sexuality from the rest of the stuff that makes us human by, say, denying its existence or by putting it on a pedestal. Instead, chastity helps us arrange our lives in such a way that sexuality isn’t misused. And since chastity is a virtue, it’s habitual—decisions we make over and over, despite opposition (and boy do we have opposition to chastity in the culture that surrounds us).

The title Chastity is for Lovers may strike some readers as contradictory. How can lovers be chaste?

The book’s title was inspired by a bumper sticker I once had on my car—a bumper sticker that confused a lot of people. But knowing that chastity isn’t abstinence can clear up that confusion. Chastity requires abstinence outside marriage, but chastity is for all of us, and all of us are designed to love. How we love others differs across vocations, of course. Plus, as St. John Paul II said, “Only the chaste man and the chaste woman are capable of true love.”

Why have you decided to remain a virgin?

Because I believe sex is a sacred, physical sign of the commitment spouses made to each other on the altar where they were married, ultimately designed to bond them and to make babies. I’m not a spouse, and unless or until I am, sex isn’t for me.

You work for a secular daily newspaper, not for a religious institution. What do you say to critics who tell you chastity is impossible in today’s world?

That I disagree. And when believers who struggle to believe it’s possible to practice chastity express that to me, I remind them that we worship a God who equips us by grace to do what entire cultures call impossible.

You describe yourself as a “happy virgin.” How can someone be happy without an active sex life?

What do you say to people your age who are choosing to have sex before marriage?

I don’t know that I say anything differently to people who choose to have nonmarital sex than I say to the people who don’t. I have noticed, however, that what people my age who choose to have sex before marriage have said to me is fascinating. One once told me he didn’t forsake chastity because he thought chastity was bad, but because he thought chastity was difficult. That’s the “resentment” St. John Paul II wrote about in Love and Responsibility – a resentment for chastity, not because it’s bad, but because it’s good but perceived as difficult.

What do you want readers to take away from this book?

A renewed faith in their God-given ability to practice the virtue of chastity, the courage to practice it despite periodically feeling like the only one, and reasons to think critically about love and sex as the culture that surrounds us defines them.

What’s your favorite scripture verse and why?

“But seek first His kingdom and His righteousness, and all these things will be added to you.”—Matthew 6:33. It’s my favorite verse for a lot of reasons, but I’ll sum it up like this: sometimes, as a single adult who’d like to be married, I throw myself a pity party. The last time that happened, this thought popped into my head: “You don’t ache because you’re alone. You ache because you’re looking in the wrong direction.” I had shifted my focus from “on Jesus” to “on how not married I am.” I have learned time and again that Jesus wasn’t kidding when he said we’ll have what we need when we seek him first.

Assuming I get to say it face to face, “CAN WE TAKE A SELFIE?!”

Do you have any final thoughts or hopes for the future?

My hopes: that my book finds its way into the hands of all who need to read it, and that everybody who reads this will say a prayer as my publisher and I prepare to launch it.