‘The Challenge of Peace’ Today 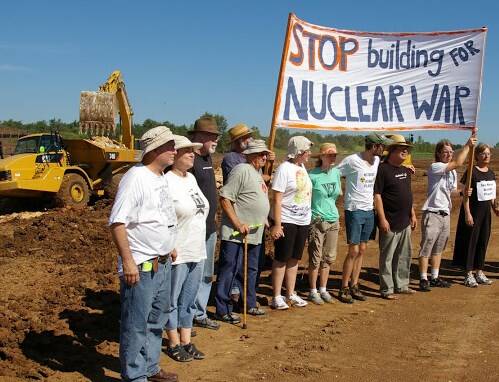 Thirty years ago today, May 3, 1983, the Catholic bishops in the United States published their landmark pastoral letter, “The Challenge of Peace: God’s Promise and Our Response,” a political and moral analysis of U.S. nuclear policies during the cold war. Writing as “pastors, not politicians,” the bishops rejected nuclear war and called upon the United States to reverse the arms race. They wrote:

The whole world must summon the moral courage and technical means to say “no” to nuclear conflict; “no” to weapons of mass destruction; “no” to an arms race which robs the poor and the vulnerable; and “no” to the moral danger of a nuclear age which places before humankind indefensible choices of constant terror or surrender. Peacemaking is not an optional commitment. It is a requirement of our faith. We are called to be peacemakers, not by some movement of the moment, but by our Lord Jesus.

Concerning the complex question of nuclear deterrence, the bishops reiterated what Pope John Paul II had told the United Nations a year earlier: Nuclear deterrence could be morally acceptable if it were used “not as an end in itself but as a step on the way toward a progressive disarmament.” On this 30th anniversary it is clear that the world’s nuclear weapon states, rather than moving toward disarmament, have institutionalized nuclear deterrence. In 2006 Pope Benedict XVI called this situation “baneful” and “completely fallacious.” Today the United States continues to invest more than $30 billion each year into maintaining and modernizing its 1,737 deployed nuclear weapons, which have dangerously evolved into a permanent feature of our national security strategy. While the challenges of nuclear proliferation have changed since 1983, the heart of the bishops’ pastoral letter remains as relevant as ever.

The prophetic nature of “The Challenge of Peace,” however, resides not just in its content but also the process in which it was developed. In working through multiple drafts of the document, the bishops consulted a wide spectrum of experts in policy and ethics as well as church officials in Europe and the Vatican. What started as a first draft of 66 pages expanded in depth and precision to a 150-page final document, which the bishops supported with near unanimous consent (238 to 9). The final document received wide attention not only in the Catholic press but in the mainstream, secular reporting. The pastoral letter made a substantive contribution to the national conversation about U.S. nuclear policy. On May 4, 1983, Kenneth A. Briggs wrote in The New York Times: “Many of the 50 million Catholics in the United States consider the bishops’ action to be the boldest and most decisive step on social issues in the history of the American hierarchy. It caused the White House great concern and efforts were made to modify drafts.”

The pastoral letter also broke new ground by more fully incorporating the principle and strategy of nonviolence into modern Catholic social teaching. While the pastoral letter acknowledged the legitimacy of military interventions and the “just war” tradition, the bishops also highlighted the prophetic witness of men and women committed to nonviolence. They wrote:

The Christian has no choice but to defend peace, properly understood, against aggression. This is an inalienable obligation. It is the how of defending peace which offers moral options. …We see many deeply sincere individuals who, far from being indifferent or apathetic to world evils, believe strongly in conscience that they are best defending true peace by refusing to bear arms. In some cases they are motivated by their understanding of the gospel and the life and death of Jesus as forbidding all violence. In others, their motivation is simply to give personal example of Christian forbearance as a positive, constructive approach toward loving reconciliation with enemies. In still other cases, they propose or engage in “active non-violence” as programmed resistance to thwart aggression, or to render ineffective any oppression attempted by force of arms. No government, and certainly no Christian, may simply assume that such individuals are mere pawns of conspiratorial forces or guilty of cowardice. (No. 73)

Non-violent resistance, like war, can take many forms depending upon the demands of a given situation. There is, for instance, organized popular defense instituted by government as part of its contingency planning. Citizens would be trained in the techniques of peaceable non-compliance and non-cooperation as a means of hindering an invading force or non-democratic government from imposing its will. Effective non-violent resistance requires the united will of a people and may demand as much patience and sacrifice from those who practice it as is now demanded by war and preparation for war. It may not always succeed. Nevertheless, before the possibility is dismissed as impractical or unrealistic, we urge that it be measured against the almost certain effects of a major war. (No. 223)

The theme of nonviolence was further developed in “The Harvest of Justice is Sown in Peace,” issued by the U.S. bishops on the 10th anniversary of “The Challenge of Peace.” On this 30th anniversary it is worthwhile for Catholics in the United States to prayerfully consider these companion documents, read today’s signs of the times and continue the work of peacemaking, a “requirement of our faith.”