A Catholic at Jamestown? A Historian Reflects 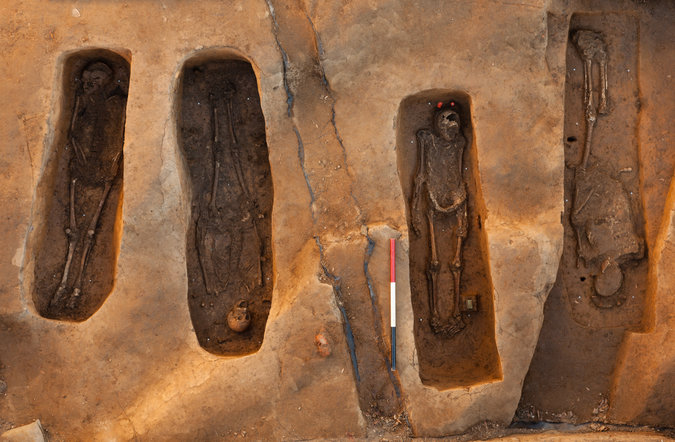 Excitement over the discovery of a reliquary in the grave of Jamestown founding member Gabriel Archer has gone viral this week thanks first to an article in The Atlantic and then to articles in today’s New York Times and Washington Post. Given the narrowly Anglican identification of the early settlement and the animosity of the Anglican establishment toward Catholicism, a secret Catholic among the settlement’s leadership would be historically significant indeed. It would seem to contradict a conventional and popular historical understanding of the British Empire in general and the Thirteen Colonies in particular as Protestant, in contrast to Catholic New France to the North and Catholic New Spain to the South. Popular understandings of the British history in colonial North America will certainly be enriched if this discovery leads to a deeper appreciation of a Catholic presence in it.

At the same time, we should keep in mind that historians have been working on understanding the Catholic presence in British colonial North America for some decades, even in Jamestown, where a first trove of Catholic religious artifacts was discovered in in 1997 that included crucifixes, rosary beads and medallions. Thus Captain Archer’s possible Catholicism, while noteworthy, is not exactly, as described in the Atlantic essay, a “bombshell.” Along these lines, three points to help place the discoveries in Jamestown in a broader historical context.

First, a significant minority of Catholics lived underground in Britain during the seventeenth century. While particularities of time, place and personality required the recurrent renegotiation of the compromises allowing this minority to survive and the hostility toward Catholics manifested itself in always prejudicial, sometimes violent ways, the discovery of a crypto-Catholic in Jamestown, indeed even if subsequent discoveries were to suggest a discreet Catholic subculture would not be without precedent, even under Queen Elizabeth.

Second, Catholics played a central role elsewhere in the British colonies. The Maryland colony, for example, was chartered to a Catholic, whose family were the colonial proprietors and governors for several generations. Broad religious toleration was part of its early law. A religious toleration that encompassed Catholicism proved too progressive for other colonists and the crown itself, especially after the Glorious Revolution of 1688. Still, compromises were worked out among Maryland’s elite families that allowed a Catholic community to survive, at times even to flourish in the late 17th and 18th centuries. For example, even while penal laws prohibited Catholics from having churches, Mass was permitted in house chapels; and with penal laws still on the books, the Maryland colony did send a Catholic to sign the Declaration of Independence, Charles Carroll of Carrolton, cousin to the first U.S. bishop-to-be, John Carroll. In short, regardless of Archer’s possible Catholicism in Jamestown, Catholics found for themselves a significant role elsewhere in the Thirteen Colonies and already in the early seventeenth century. More to the point, the history of U.S. Catholicism hardly needs Captain Archer’s reliquary to place its beginnings two centuries antecedent to the German and Irish migrations in the early nineteenth century.

Third, a Catholic population can be found in the British colonies North America unconnected to Maryland. Some of these populations attained public standing, such as the Irish population in the Caribbean that Emmet Curran describes in his recent book Papist Devils (2015). Shona Johnston has highlighted smaller pockets of Catholic population and individual cases of crypto-Catholicism in the Thirteen Colonies in her 2011 doctoral dissertation Papists in a Protestant World. Moreover, there were several Catholic families in Virginia as early as the mid seventeenth century: The Brents, for examples, were prominent land owners from the mid-17th century, and one of their number, George Brent, served as acting attorney general for the colony in the 1680s and was elected to the House of Burgesses despite the stringent anti-Catholic laws on Virginia’s books. The Haydens were another Catholic family in Virginia who later migrated into Kentucky, which came to boast a large early Catholic population in the late colonial and early federal periods.

Captain Archer’s Catholicism, if it is ultimately proved, is exciting because of who he was in Jamestown. But rather than teaching us something new about Catholicism in British colonial North America, a best hope is that it will help popularize a growing scholarly insight into the significant Catholic presence British colonial North America. These Catholics included English gentry, Jesuit priests, Irish fieldhands and maids and African slaves, among others. There is much evidence already that points to their presence and significance. If the reliquary can draw more attention to them, then that is where it’s real importance lies.

David Collins, S.J., is associate professor and director of doctoral studies in the department of history at Georgetown University.  He recently edited The Cambridge History of Magic and Witchcraft in the West (Cambridge).

David Collins
Show Comments (
3
)
Comments are automatically closed two weeks after an article's initial publication. See our comments policy for more.
Robert Lynch
5 years 8 months ago
I agree, that this "find" is more important in indicating the presence of Catholics in the early colonies than in uncovering a high-ranking secret Catholic. The presence of non-WASPs has for long been ignored in standard histories of the early colonies. A good treatment of the subject may be found in the book "Celts, Germans, Jews and Other Surprises at Roanoke - The Beginning of Multi-Ethnic America" by Gerald A. John Kelly .https://www.createspace.com/4520484
Kurt Hill
5 years 8 months ago
This idea of a secret Roman Catholic community in Jamestown I think is highly unlikely. The fact that crucifixes and rosary beads have been discovered at Jamestown is no big deal. From the 1560s on Puritans were constantly complaining that High Church Anglicans (today often called Anglo Catholics) were displaying crucifixes, saying the rosary (even though it was "officially" prohibited by Elizabeth I) using incense and holy water, chanting the services (in English), setting up religious statues, etc. The presence of these religious items is in no way "proof" whatsoever that Roman Catholics, secret or otherwise, were present in the colony. They more likely reflected the fact that High Church Anglicans were among the early settlers. Kurt Hill Brooklyn, NY
Carolann Cirbee
5 years 8 months ago
It's possible that the small metal reliquary box inscribed with the letter M that was buried with Mr. Archer could have contained a Marian relic which people in England wanted removed from the country for safekeeping. Researchers have left the box sealed and have x-rayed it, reporting that it contains tiny slivers of bone and a lead ampule filled with a congealed fluid. At a time when reformers were executing English Catholics and were seizing their lands and possessions, a relic of the Virgin Mary (purported or genuine) would have been on the top of the list for destruction. In the new world, it might be safe. Around the corner from my house is Brentsville District High School - named for George Brent, an early Catholic settler in Prince William County, Virginia. A colonial Catholic presence in Virginia is not news to us. In the 1660s Brent served as attorney general for the Virginia colony, and was later elected to the House of Burgesses.