Cardinal Wuerl speaks out on Pope Francis and his discontents 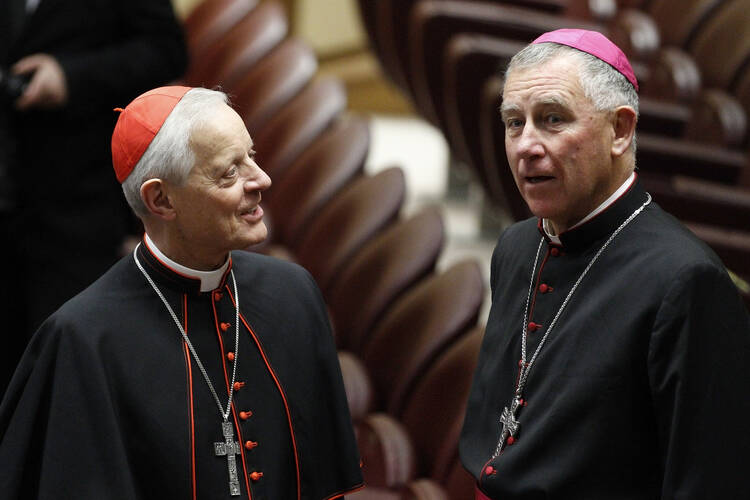 The weekly blog “Seek First the Kingdom,” by Cardinal Donald Wuerl of Washington, D.C., last week had a superb post on dissent, “The Pope, Touchstone of Faith and Unity.”

Cardinal Wuerl cited criticism of Pope Francis by bishops, something which seems unseemly at best and disloyal for sure. Such criticism among the hierarchy is permissible, of course. Pope Francis does not seek to silence people. But if your job description includes fostering unity with the pope, as a bishop’s does, the criticism of the pope that we have been hearing seems indiscreet.

Cardinal Wuerl mentioned there has always been criticism of popes. He mentioned those who criticized Pope Paul VI because he did away with the cappa magna, a now laughable renaissance-style long red cape; critics who didn’t like Pope St. John XXIII’s blockbuster encyclical Pacem in terris; and Pope John Paul I, who critics said smiled too much, something they suggested lacked the gravitas befitting the papacy. Pope St. John Paul II and Pope Benedict XVI were criticized over doctrinal disagreements. Basically, Cardinal Wuerl noted, criticism of popes comes with the territory and he is sure Pope Francis is up to the challenge.

All of which is fine if it didn’t make church leaders seem adolescent. Cardinal Wuerl said “the common thread that runs through all of these dissenters” is that “they disagree with the Pope because he does not agree with them and therefore follow their position.”

It is a curious view of leadership, to say the least, for bishops who do not like what Pope Francis has said to head off to reporters who share a common political ilk to complain.

Thankfully, Cardinal Wuerl spoke out. Bishops have to be the ones who criticize bishops to garner any attention in the upper echelons. We need their gravitas to address any bishop taking on the pope, the source of unity in our church.

Others might complain of the stupidity of criticizing the church leader who is reaching the public as no one in recent years has done. Still others also can recognize the importance of defending a leader of what can seem like a hidebound institution that needs change to keep the institution vibrant and ready for years to come. Still others can appreciate the paternal, pastoral leader needed by billions of people and the need to support him.

However, it is the bishops themselves who must speak out when dissent comes from within the highest level of the church. This is worthy of their calling to leadership as bishops. Bravo, Cardinal Wuerl.