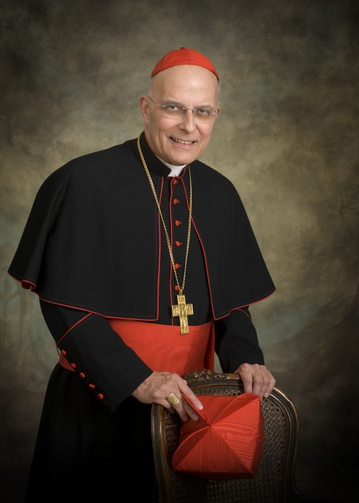 When Francis Cardinal George died from cancer on April 17th, the historian/biographer George Weigel wrote an appreciation of the cardinal for the National Review’s website (“Cardinal Francis George, R.I.P.”) It covered the cardinal’s life and legacy, as well as his impact on the church, inside and outside of Chicago. That is usually the case when a noted churchman—or any notable personality—dies: a life is summed up and reassessed.

But in reading the article, I came across something I did not expect, or realize. Given the fact the he led a very public life because of the position he held, Cardinal George also simultaneously led a life that was impacted by something else, something that is very human and something which we must all deal with at some time in our lives. Or, in the cardinal’s case, something that had to be dealt with all the time. And that something was pain.

So much can be known about a public figure that we tend to think we know all that there is to know about that person until we learn—sometimes after the fact—those things which causes us to reassess our views and opinion about a person which we didn’t know about in the beginning. In Cardinal George’s case, it was something very private that made him who he was and had a bearing on what he became.  As Mr. Weigel recounted: “His sister once told a Chicago priest that, if he wanted to understand her brother, he should remember that ‘he’s always in pain.’”

“Always in pain.” Those are three powerful words. We often read about historical figures who have had to deal with personal health issues, challenges and disappointments. For example, there is John F. Kennedy’s bad back and other assorted ailments, George Washington’s rotted teeth, Thomas Jefferson’s migraines, Abraham Lincoln’s melancholia, Franklin D. Roosevelt’s polio, or Senator Robert Dole’s and Senator John McCain’s war wounds. On the religious side of the ledger, we know numerous saints and holy ones who’ve suffered physical ailments as well—of which St. Ignatius of Loyola’s legendary leg wound is one. St. Peregrine Laziosi suffered from varicose veins and a cancerous right leg while St. Gemma Galgani endured spinal tuberculosis. St. Juliana Falconieri had a lifetime of stomach ailments and when she was dying, she had vomiting so severe that the priest judged that she could not receive Viaticum. Since this bothered St. Juliana greatly, she begged the priest to place a corporal on her chest and lay the Host upon it so that she could be in communion with the Lord. As legend had it, the Host disappeared soon after that was done. And then there was Blessed Margaret of Castello, whose story is a heart-rending one. Born blind and having severe curvature of the spine, with her right leg shorter than the other and her left arm malformed, Blessed Margaret had to face life in the most straitened of circumstances. Bad as her physical state was (in addition to all that, she barely approached four feet in height), she ended up being abandoned by her parents. Eventually she was taken in by a loving couple; and as she grew older, she became renowned for her holiness in caring for others who likewise suffered similar situations. And in more recent times, we’ve learned about Terence Cardinal Cooke of New York and his years-long battle with cancer which he had carefully kept hidden from everyone except those closest to him who needed to be in the know. And like Cardinal George, the recently deceased former Archbishop of New York, Edward Cardinal Egan, also had to bear the infirmity of childhood polio, with the telling accompanying limp. The stories and examples of these historical and religious figures illustrate the fact that despite their adversities, they nevertheless carried on with the work at hand and lived out their lives, albeit in a very public way.

People may gloss over such tales, saying, “Well, they were famous, historical figures,” that “they’re different than we are,” or “they have nothing to do with the life I’m trying to live now.”  To react like that would be to miss an important point. We don’t always understand—or appreciate—that the “famous” or “historical” people are just that—people—and they share the same humanity we have and they, like us, aren’t immune from having to deal with that ailment which is pain.

When you read about a famous person who has had to live a life of pain—or if you haven’t known about that medical history—your first reaction may be one of incredulousness or disbelief. And then, when you come to understand the person more fully in light of it, that incredulousness and disbelief morphs into something else. You marvel at what that person has had to live with and deal with and all the while living a life of consequence. (And in that life, consequential or not—everyone will be looked at critically for what is done or not, for what is said or unsaid—and that is the “occupational hazard” for those who have to live life in the glare of the public eye.)  It is a certainty that the majority of us will ever become famous or historical or live lives of consequence, but that does not mean that the rest of us are exempt from having to deal similarly with issues and situations that can alter the quality of life.

Like every other human being in existence, we will get up every day, go through the front door and go to our jobs no matter what our conditions are: whether we have that sudden migraine, that stiff limb, the twisted lower back with the pain shooting down the leg, or the less-than-perfect sight, that achy tooth, the arthritis eating away at the cartilage and the joints; that persistent cough or that always annoying and chronic sinus infection. We know we have to get out there and live somehow, whether anybody cares or not.  We will always have days like that. But—this is an important but—we will also have days when we will not always be like that, when life will be sunny, bright and beautiful and life will be astonishing. For the unfortunate few, like Cardinal George, pain will always be a persistent companion in the journey through life. And the remarkable thing—the uncomprehending thing—is  whether we (like them) can somehow bear with it and somehow transform it and not let it define who we really are, that is merely one aspect of our humanity and personality.

Cardinal George, though he suffered with all kinds of pain in his life—whether the physical, the emotional or the ordinary everyday annoyances one encounters day by day—didn’t let the pain of youthful polio ultimately define him or hold him back. And when (on April 23rd), after his funeral Mass is concluded and he is buried next to his parents in the family plot in All Saints Cemetery in Des Plaines, Ill., he will have gone to his rest having provided one last catechetical instruction and example about those things that people—the famous as well as the ordinary—must contend with: pain, faith and perseverance. Most importantly, he showed that despite it all, we can still remain human in the process—and that in so doing, we can transform the pain that transforms us.