California bishop voices support for the ordination of women 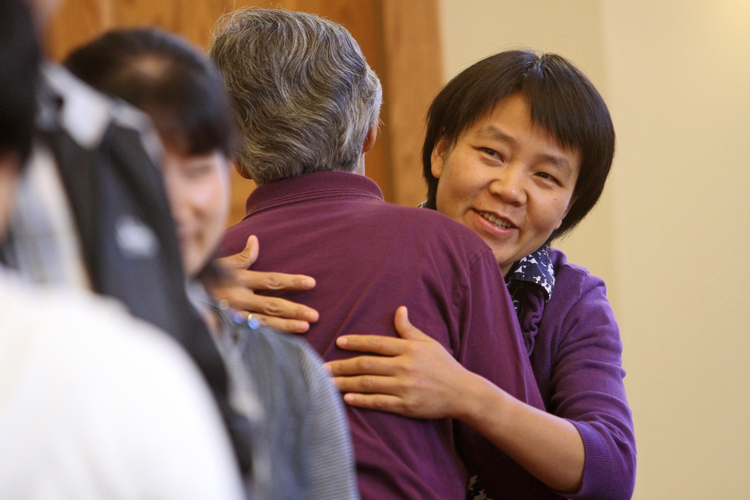 A retired Catholic bishop in California is speaking publicly for the first time about his support for the ordination of women, saying he found “liberation” when Pope Francis encouraged bishops at the extraordinary synod last October to “speak boldly and listen humbly” about issues facing the church.

Bishop Emeritus Francis A. Quinn, who served as the bishop of Sacramento from 1980 to 1994 and gained a reputation for his pastoral nature, outreach to the poor and empowerment of lay leadership in the church, said in an interview with America on Sept. 16 that Pope Francis made it clear that bishops should not censor their opinions based on what they think the pope wants to hear.

On Saturday, just days before Pope Francis arrives in the United States for a three-city apostolic visit, Bishop Quinn said in an op-ed in the New York Times that the Catholic Church should consider optional celibacy for priests, the ordination of women, and allowing Catholics who are divorced and remarried (without an annulment) to receive Communion.

In the interview with America, Bishop Quinn said, “I personally think the Spirit is calling women to be deacons and priests, but the Spirit hasn’t yet communicated it to the teaching church.

“I can’t see any reason why women shouldn’t be priests,” he said. “The church would benefit greatly.”

Bishop Quinn said he had “personal ideas” about the ordination of women for decades, but in the past he “would never preach about it or say it publicly,” since Pope John Paul II had taken it “off the table.”

In 1994, John Paul II declared in an apostolic letter to Catholic bishops that the church “has no authority whatsoever to confer priestly ordination on women and that this judgment is to be definitively held by all the Church’s faithful.” The late pontiff said this teaching is based on Scripture—Jesus chose only men as apostles—and “the constant and universal Tradition of the Church.”

Pope Francis has confirmed this teaching in both interviews and magisterial documents. In the apostolic exhortation, “The Joy of the Gospel,” he wrote, “The reservation of the priesthood to males, as a sign of Christ the Spouse who gives himself in the Eucharist, is not a question open to discussion.”

Bishop Quinn responds to these papal statements with a question: “Might we hope someday that the Holy Spirit will inspire the church to interpret the Bible differently? The Holy Spirit has inspired the church to change some very significant things in history.

In a 2014 Univision poll of more than 12,000 Catholics across five continents and 12 countries, majorities of Catholics in France (83 percent), Spain (78), Argentina (60), Italy (59), the United States (59) and Brazil (54) supported the ordination of women. Even in countries with lower levels of support, like Poland (38 percent), Mexico (35), the Philippines (21), the data revealed that opposition to a change in church teaching is far from monolithic.

This weekend, 500 Catholics from 19 countries and five continents are meeting in Philadelphia to urge Pope Francis to support the equality of women in church leadership and ministry. It is the third international gathering of Women’s Ordination Worldwide, a coalition of largely Catholic groups from 10 countries.

The conference organizers say they hope to draw connections between global injustice against women and their exclusion from ordination in the Catholic Church.

“We call out sexism when we see it in our schools, the workplace, and in politics, but when it comes to the Catholic Church, far too many look the other way,” Erin Saiz Hanna, organizer and co-executive director of the Women’s Ordination Conference, said in a statement. “Women’s leadership is integral to all aspects of church and society and it is long overdue that our church opens the door to the ordination of women.”

In the New York Times op-ed, Bishop Quinn said he loves the church but worries about its future. He is concerned that an increasing number of young people belong to no church, are agnostic, or have an individualist spirituality without understanding the need for community.

In this context, Bishop Quinn said his “brother bishop” Pope Francis should consider convening a Third Vatican Council, in order to “slow or reverse the flow of the faithful out of the church” and to “stimulate a new conversation about God.” He hopes such a Council would address issues like the spiritual life of clergy and lay people, the morality of global economies, peace and war, human sexuality and the poor and the suffering.

“The main challenge facing the church today is not simply to resolve questions like celibacy,” he wrote, “but to relearn how to communicate a deeper, more intelligent, more relevant religion that leads to a life of acceptance and love.”

Bishop Quinn acknowledged in the interview with America that the church has not yet fully appropriated and implemented the teachings of the Second Vatican Council, so he said Vatican III “could come down the road.”

Bishop Quinn said he believes the bishops are evenly divided on making celibacy optional in the Latin Church, but he had no way of knowing for sure. On the situation of Catholics in a second marriage without an annulment, he thinks the bishops “in principle” would like to allow these people to receive Communion, since these people “particularly need the nourishment and healing of the Eucharist.”

On the ordination of women, Bishop Quinn said there is less support among bishops because of the statements of recent popes. However, he has the impression that many bishops would support the possibility of women deacons, since it is an open question in the church and the bishops “need the help” in their dioceses.

The only deacon named in the New Testament is a woman, Phoebe.

Gary Macy, a professor of religious studies at Santa Clara University, provides historical evidence in Women Deacons: Past, Present and Future (2011) that women deacons existed in the church until the 12th century, when the diaconate became a transitional step toward priesthood and therefore excluded women.

“The permanent diaconate has worked out very well in this country,” Bishop Quinn added, suggesting that women should be added to the cohort of deacons serving the church.

After his retirement in 1994, Bishop Quinn moved to Arizona to work among Native Americans. While there, he wrote a “fictional memoir” titled, Behind Closed Doors: Conflicts in Today’s Church, about the lives of three priests. (Catholic News Service tells the story.) In 2007, Bishop Quinn returned to Sacramento, where he now lives in an assisted-living home.

“I don’t think I’m saying anything drastic in the [New York Times] op-ed, but I’ll hear from people,” he said.

Bishop Quinn said many people complained when he allowed a jazz Mass, women altar servers, and washed the feet of women during his time as bishop.

“Then,” he said with confidence, “all those things were approved later.”