In a society awash with guns, finding out what it's like to be the prey 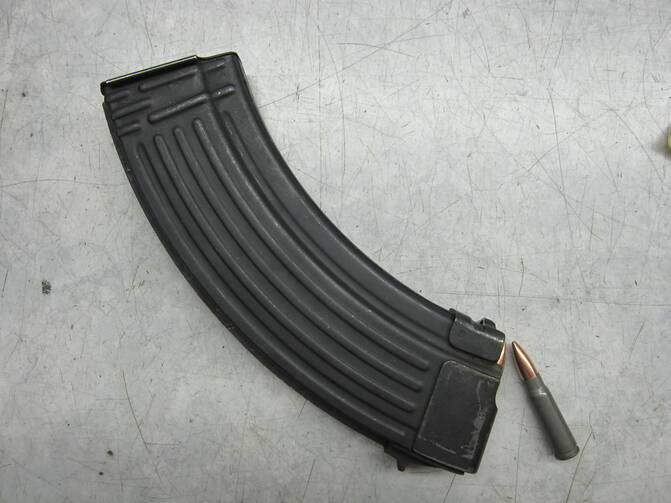 In the late afternoon on Independence Day, this July 4th, I went for a walk near a campsite where I was staying with three generations of family in Colorado’s Arkansas River Valley. In an open sage-brush plain, with 14,000-foot peaks on all sides of me, I stepped off the dirt road and over a fence into a state wildlife refuge. It’s essentially a playground for hunters, and though it may have been closed to humans for the season, that was clear at the time neither to me nor to the campground staff who encouraged us to explore there. I walked through a dry stream-bed in a ravine, then above it along deep tire-tracks made by trucks.

I started to see bones among the low bushes and cacti—lots of them. One after another, I walked among the skeletons of deer, some nearly whole and some scattered by scavengers, all eaten away except for tufts of fur around the hooves. One after another. I kept walking. It was beautiful there, just the quiet I’d been craving. A jackrabbit caught sight of me, just a few feet away and before I caught sight of it, and ran hurriedly in zig-zag away. And then I started hearing gunshots.

Gunshots, in an open area in Colorado, are a regular thing to hear. Done that. I wondered at first if maybe they were Indepdence Day fireworks, but they were more crack than pop, and solitary rather than in bursts. I wished I knew enough about guns to know what kind. I started imagining. I remembered the ones I’ve held and fired—bolt-action, like at summer camp as a kid, or semi-automatic, like an AK-47 replica I’d discharged for the sake of an article once on Long Island?

I couldn’t see where the shots were coming from, but the sound was from the north, where there were a few houses too far away to see any people. But that’s where the shots were from. I kept walking, and the shots became more frequent. With one, I heard a loud bing, like the bullet had hit a piece of metal. Then I heard a distant whizz—a stray bullet going through the air.

Then there was another shot, followed closely by another, louder whizz—this time, close to me. The whizz was 90 degrees from the shot, and it was right by me. Right by me. I was being shot at. Among the skeletons, this time I was the target, the prey.

I shouted out, while sensing the futility of doing so, and I ran. Maybe I should have ducked and crawled, but the cacti would’ve made that hurt. The ravine wasn’t far, so I ran toward that. More shots, more whizz. I got down into the ravine, out of the line of sight from the houses. There was one more shot, and then no more. They lost their target.

Soon I was out of the fenced-off area, back on the road. A few trucks went by me, and I imagined one would have enclosed the shooters, ready to bear their weapons and finish me off. One had an NRA sticker on the back-left window. But they only came and went, and in a quarter-mile I was back at the campsite with my wife and baby.

So, now I’d been shot at. I told my wife—partly terrorized, partly relieved. And I couldn’t begin to say why. Maybe they wanted to kill me, like the deer. Maybe it was a kind of July 4th trick, an appetizer for fireworks. Maybe someone wanted to warn me off the hunting ground. If that was it, I’m afraid I have no sympathy; the means of death is no messenger for such a message.

Other people have been shot at in the past week too. Police officers in Dallas were shot at and killed while accompanying a protest for black lives; as I read about the scene, I hear that whizz again, and I can start to imagine the terror both police and protestors must have felt, wondering whether the next bullet will wind up with them. For some, it did.

Before that, Philando Castile was shot at by police in Minnesota while in his car, reaching for his driver’s license in his back pocket, with his girlfriend’s four-year-old daughter in the back seat. Alton Sterling was shot at by police in Baton Rouge. Castile, it seems, had a gun on him but tried to say so in order not to worry the officer. Sterling may or may not have had a gun when he was shot, lying on the ground, point-blank. Both were hit, both were killed.

Each of these shootings were an attempt to send a message or make up for one that didn’t get through. The shooters were desperate, or desensitized, or both. They gave up on words or other means and turned to death. They had that option on hand, and they resorted to it.

This is the kind of thing that happens in a society full of guns, awash in racist mistrust, where picking up a gun and firing bullets seems easier and more expedient than figuring out what the other person is actually trying to say, or why they stand where they do. Even if the other person is wrong in some way, as perhaps I was for being on that wildlife refuge, shooting is a dismal response, a symptom that other means of recourse in a society have broken down, or that society doesn’t exist at all.

Critics of the Black Lives Matter protests sometimes compare them, disapprovingly, to the comparatively orderly tactics that sometimes characterized the civil rights struggle of the 1950s and ’60s. Well-dressed students refusing to punch back at a lunch-counter sit-in performed an image of innocence before injustice—a necessary performance, considering the climate of violence they were up against. But Black Lives Matter has been able to go one step further by demanding that the killing stop without claiming innocence.

Maybe Trayvon Martin did fight back against the man stalking him—yet he is dead and the stalker went free. Maybe Michael Brown did steal from a convenience store before being shot—does that justify his subsequent, unrelated death? Maybe Eric Garner did sell cigarettes illegally on the sidewalk—but that merits no capital punishment. As evidence continues to emerge about this latest round of shootings, I’ll remember that whizz and the desire to face my shooter, to explain what may or may not have been my mistake, to ask why I was being shot at and to hear an answer. I’ll remember the craving to communicate and the futility of my shouting.

In the face of our fallenness, our universal lack of innocence, all these guns everywhere are a moral hazard, a temptation not to accompany one another in our troubles. Those who live by these lifeless weapons, it was said, will die by them, or, worse, kill by them when there was another way.

Nathan Schneider
@ntnsndr
Show Comments (
1
)
Comments are automatically closed two weeks after an article's initial publication. See our comments policy for more.
ed gleason
6 years 4 months ago
The NRA and Trump have adivised us that a few 'good guys' with guns can stop one bad guy with a gun. That stupid analysis seems even more stupid when we just found out 3400 Dallas police with guns needed a bomb to 'get' one lone gunman. I bet some of these morons will advocate for the 2nd amendment right to allow all to have robots with bombs. .