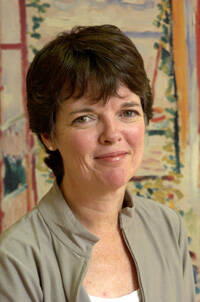 Someone arrived on my doorstep last week.

A new novel by Alice McDermott, winner of the National Book Award and three-time finalist for the Pulitzer Prize, is always an event, for literature enthusiasts in general and for Catholic book lovers in particular. McDermott’s novels transport her readers to the insular world of Irish-American New Yorkers, working class Catholics of the mid-to-late-twentieth century who have one foot in the old world and one foot in the new. The culture and customs of her Irish-born characters—along with their broad accents—survive the Atlantic crossing, only to be supplanted among the young by American Attitude. McDermott’s novels explore that moment of generational transition, wherein the immigrant sensibility inexorably gives way to the process of adaptation and acculturation. The urban world her American-born characters navigate in their native Brooklyn is as different as it could possibly be from the country places--Galway, Clare, and Cork— their parents left behind. The accident of geography creates tension between the generations, stressing the very institution that binds these characters lives together—the family.

McDermott’s novels are not so much about place as they are about people. Her focus is on the ways in which human beings make a home in whatever world they happen to find themselves. And the key to that home is not location, location, location—it is love. This is McDermott’s true subject, and she writes about it expertly, realistically, and poignantly.

Anyone familiar with McDermott’s novels knows this. Charming Billy, her most celebrated book, focuses on young love that is both wildly idealized and tragically thwarted. But it also explores a quieter, less sensational love—the long affection shared by husbands and wives across the decades. These are the relationships that produce families, that require patience and unbounded generosity to thrive, that ground human beings in the world. In a very real sense, home is where one’s spouse is, signified by his or her bodily presence. This more subtle and complicated kind of love takes center stage in Someone.

Alice McDermott writes about married love better than any writer I know. In the world she creates, it is the summum bonum of human existence. The narrator of the novel, Marie, is a young woman who has little luck with men, at first. Watching her parents, long devoted to one another, and the parents of her friends from the neighborhood—seeing how deeply these men and women need one another not only to survive but to create a liveable life—she despairs for awhile of ever finding the lifelong companion she knows she needs: “Who’s going to love me?” she asks her older brother plaintively, after the wreck of a relationship. “Someone,” he assures her. “Someone will.”

And her brother, the aptly named Gabriel, is right. The novel is about that “Someone,” Marie’s husband, Tom, and it is also about the ways in which their mutual love and devotion transforms each of them from a lonely solitary into Someone, a person whose existence matters—and matters deeply—to another human being. This transformative love makes it possible for them to bear the challenges, the suffering, and the inevitable losses that life will bring. It also gives them the courage to take risks and the strength to defy the limitations placed on them by time and circumstance, knowing that failure is less terrifying and less catastrophic when you fail together. McDermott reminds us that marriage is a haven, yes, a port in a storm, offering safety and succor. But it is also empowering, a partnership that is capable of generating enormous energy and goodness, beginning with the four children that Marie gives birth to (three of them despite doctor’s orders) and echoing out in concentric circles beyond the walls of their home.

McDermott’s depiction of marriage is not idealized. To the contrary, it is firmly rooted in the ordinary. It is also rooted in the reality of the body. McDermott’s vision is radically incarnational in the degree to which love is grounded in the body of the beloved. These are not Hollywood bodies, celebrity bodies, or gym bodies, but they are no less precious or less loved. A brief passage will illustrate:

I went into my room. Tom was already in bed. He was reading a folded-back news magazine, his glasses perched on his nose. On these hot summer nights he slept in his shorts and a thin white tank shirt that exposed his fleshy shoulders, as pink and round as his head. He had the window fan on high and only looked up briefly when I came in, smiled vaguely. I went into the bathroom to brush my teeth and put on my summer nightgown. Then I crossed the room once more and turned the fan down to a low hum. I went through my fusty bedtime routine. Turned the clock around on my night table. Poured some hand cream into my palms and spread it up and down my arms. Placed a pale blue hairnet over the back of my head. Turned off the lamp that had been my mother’s in the old apartment and slipped off my glasses. The room contracted and lost every edge. I got into bed and, as was our routine, turned on my side to face Tom as he read. I closed my eyes. As was his routine, Tom lowered his arm to the mattress beside me, giving it to me. I put my two hands on his forearm, moved to put my lips to his skin.

Such exquisite attention to minute and ordinary detail is one of the hallmarks of McDermott’s writing and of her vision. She is a writer who sees her characters and their circumstances with startling clarity and then conveys that vision to us in the most ordinary and unassuming language. It is as if the words are invisible and inaudible—rather than standing between the reader and the scene they describe, they conjure it instantly, faithfully, lovingly. The passage gives us a glimpse into the relationship between Tom and Marie, a love that is deep and yet understated, one that thrives on the familiar and values ritual and routine.

In an era that continually questions the value of marriage, especially given the economic strides made by women in recent years, McDermott’s novel comes as a reminder and an affirmation of the blessing that marriage can (and often does) bestow on human beings. As Marie muses, at one point in the story, being married meant that one of them would never have to know loneliness again. As it turns out, she notes, that would prove to be Tom. Marie’s tone suggests that she takes some solace in this—that Tom would die first, widowing her, rather than vice versa. She willingly endures the loneliness, as it means sparing him. Such is the wonder of love.

Someone will be released on September 10, 2013. As we continue our ongoing national debate about the meaning, the value, and the definition of marriage for our modern era, McDermott’s novel tells us a tale that is sweet and sad, timeless and timely, beautiful and true. Someone arrives in the nick of time.

Angela Alaimo O'Donnell
@aodonnellangela
Show Comments (
1
)
Comments are automatically closed two weeks after an article's initial publication. See our comments policy for more.
Mary Sweeney
9 years 2 months ago
Looking forward to reading the book. Made me think of this song I only recently came across: http://music.arlonbennett.com/track/just-like-them Hoping that "someone" will enjoy it.