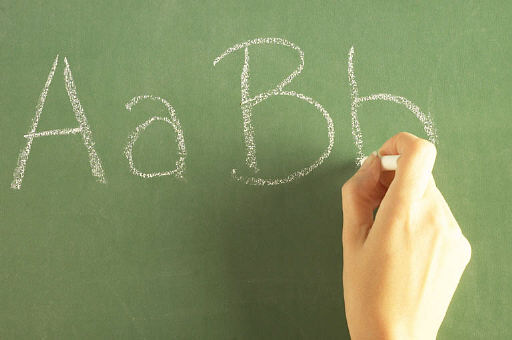 In just 24 hours an article written by Allison Benedikt on Slate titled, “If you Send Your Kid to Private School, You are a Bad Person,” elicited more than 5,000 comments from readers. It doesn’t take much imagination to see why.

The title Benedikt, an editor at Slate, selects is not misleading at all. She truly asserts that, as her article’s first line proclaims, “You are a bad person if you send your children to private school.” Elsewhere she uses the following description to illustrate her point: “Many of my (morally bankrupt) colleagues send their children to private schools.” Ouch. This is harsh.

As Benedikt rightly admits, she is not a “not an education policy wonk,” she’s “just judgmental.” As best as I can tell, she exhibits absolutely no credentials to support her claim about the moral status of those who send their children to private schools. By credentials I don’t mean that she needs to have a doctorate in education, but I do believe she lacks sufficient evidence to convince at least this reader that she is anything other than someone who is indeed judgmental, bearing a grudge of an admittedly “shoddy” education (her choice of word), and proffering a plan that she thinks might help the United States education system, which is by and large currently a mess. Benedikt can certainly be forgiven for that last point, we need as many ideas as necessary to resolve the current educational decline.

But are Catholic and other private schools the problem?

Some might recall that I’ve written in these pages before about the status of the United States education system (“Schools for Hire?”). This is a subject that is of significant interest to me and something about which I care a great deal. I come from a family of teachers (my mother has taught for years in both elementary and secondary schools; my younger brother has taught high-school and college-level math) and have many friends who teach at all levels. Additionally, I have taught at the college level, I have seen and experienced the effects of the elementary and secondary education systems on incoming freshmen (something warned about in this Washington Post piece from earlier this year), and I know that the challenges we face in addressing these problems are not simple nor are they singular. Yet, Benedikt seems to believe that the problem is (at least primarily) the selective absenteeism of parents who are concerned about their children’s education (i.e., those ‘bad people’ sending their kids to private school).

There is a great deal about Benedikt essay that strikes me as reasonable. For example, when she writes:

I believe in public education, but my district school really isn’t good! you might say. I understand. You want the best for your child, but your child doesn’t need it. If you can afford private school (even if affording means scrimping and saving, or taking out loans), chances are that your spawn will be perfectly fine at a crappy public school. She will have support at home (that’s you!) and all the advantages that go along with being a person whose family can pay for and cares about superior education—the exact kind of family that can help your crappy public school become less crappy. She may not learn as much or be as challenged, but take a deep breath and live with that. Oh, but she’s gifted? Well, then, she’ll really be fine.

I think she is correct to point out that rarely is it the school or district per se that “makes or breaks” a child’s future. I, like Benedikt, have had both good and bad teachers (and I have only ever attended private Catholic schools!), but her point about family life and broader community support is, I feel, spot-on. Ultimately, parents, sibling, neighbors and friends who take a concerted interest in the education of children will have a greater impact on a child’s future than what she refers to as “crappy schools” or even good schools, for that matter.

However, Benedikt’s singular point is that private education siphons resources – financial and social, formal and implicit – from public education, thereby causing or at least contributing to the educational blight we witness today in the United States.

So what about her argument?

I’m not sure it stands. At least, it doesn’t stand alone. Educational researchers and journalists have long highlighted some of the systemic problems in the US education system over the last few decades. A new book by Amanda Ripley, The Smartest Kids in the World: And How They Go That Way, is a sobering look at the mediocrity of the American system in general. Ripley looks at the education systems of South Korea, Poland and Finland to illustrate what it is that other countries with broad and marked success are doing and what we, to be honest, are simply not doing.

What seems to be absent from Benedikt’s diatribe against parents who send their children to private schools is the admittance that many of the same problems that plague the public schools similarly affect the private. Ripley writes in her new book that, “American kids at private schools tended to perform better [on the international tests], but not any better than similarly privileged kids who went to public school. Private school did not, statistically speaking, add much value” (17). On one hand, Benedikt is right to say that private schools might not be worth it. Yet, on the other hand, the same systemic issues are affecting children in general in the U.S., without private-public discrimination.

Because Benedikt believes that sending one’s children to private school for religious reasons is not a “compelling reason,” there doesn’t seem to be much to convince her that it is anything other than the luxuriating of the middle-class and higher.

Oh, except, this moralizing journalist forgot about an intangible factor that eludes the state, federal and international tests: character.

I gave the commencement address at Notre Dame High School in Utica, NY this June at which time I unapologetically lambasted the current state of education – especially in New York with its increasing move toward standardized testing and the sad decline in emphasizing the liberal arts – and praised the only reason Catholic education is of value in an age when, as Ripley and others point out, the quality of content delivered is determined by politicians and business consultants. Character. The way in which young women and men are viewed and treated, the way teachers often sacrifice higher-paying public-school salaries to teach in Catholic schools, the way that religion and other matters of faith are freely discussed (all religions, by the way. Catholic schools are not “Catholic indoctrination camps,” but places, when at their best, where students of all faiths can be free to talk about their traditions without fear of First Amendment proscriptions) – all of these things combine to set a very different tone that has little or nothing to do with test scores and everything to do with what Benedikt herself admitted was key – support!

Are Catholic schools bad for education? No, and neither are the parents who send their children to them. What Benedikt also ignores is the fact that parents who send their children to private schools still have to pay local school taxes, and so are paying twice. They still have some stake in public education, but Benedikt is right to assert that we should care more and work harder. She is wrong, however, in suggesting that parents are de facto “bad” for sending kids to private schools.

Daniel P. Horan, O.F.M., is a Franciscan friar of Holy Name Province, a columnist for America, and the author of several books including the forthcoming The Last Words of Jesus: A Meditation on Love and Suffering (Franciscan Media, December 2013).

Show Comments (
4
)
Comments are automatically closed two weeks after an article's initial publication. See our comments policy for more.
PAUL BRICKER
7 years 3 months ago
Neither Benedikt nor Horan go far enough to reach the core of the problem--the lack of a philosophical basis of education for children based upon modern understanding and knowledge. By way of background, my wife and I home educated our three children in the 1990's and 2000's through elementary school and then sent the kids to Catholic high schools. Our youngest is currently a senior at Loyola University Chicago. I myself had a catholic education through the MS level, as well as three years in the Jesuit Novitiate and Juniorate at the time of Vatican II. The current philosophical basis for our education model, whether public or private is based upon the European/German model from the middle of the 19th century, although gussied up with some improvements over the past 150 years. It is the factory model of instruction, where the foreman [teacher] delivers instructions to the workers [children] in an assembly line manner. The result is an "education" on the cheap, without the personalized analysis and help that is available as a result of modern technology, that does not permit the individual learner to fully develop their individual abilities and skills. I don't pretend to have all of the answers to the problems of education, whether public, private or home-education that we have in this country. What I do know is that we need to start over and design a rational, modern system for providing appropriate educational opportunities to all of our children.
Marie Rehbein
7 years 3 months ago
A good private school or Catholic school can serve as a model for public education. If everyone goes to one type of school, there is nothing to which to compare it. More than likely, instead of becoming aware of shortcomings, the schools will simply become more authoritarian.
Brian Fisher
7 years 3 months ago
Bendikt seems to ignore the fact that Americans seldom, if ever, give up their right to self determination. While I'm with her on supporting and believing in public schools, I'm not with her in believing that it's an all or nothing game. Public schools serve a large profile of students and families in a particular way. Is that necessarily the best way for everyone? I don't think so. Should it be the only way for every family and student? Absolutely not. http://www.admissionsquest.com/onboardingschools/2013/09/why-we-need-private-schools.html
Jack Klompus
6 years 10 months ago
What is actually absent from Benedikt in anything remotely resembling integrity or independent thought. Benedikt is an intellectual lightweight of the lowest order who freely admits that she's bullied into her point of view by her husband, John Cook, a ranting, petulant cretin who writes for Gawker. The Benedikt-Cook combo is a typical marriage of urban dilettante poseurs who hide their disdain for the unwashed masses behind a veneer of pseudo-progressive concern for the well-being of all. Benedikt is not a serious thinker, but admittedly is "judgmental" because she feels like she has to spend too much money to shield her precious offspring from the riff-raff in the public schools. So rather than come across like the shallow, upper-class snobs that she and her execrable husband truly are, they mask it behind a cry for social justice. Benedikt's concerns are fraudulent, petty, transparent, and unworthy of serious consideration. T