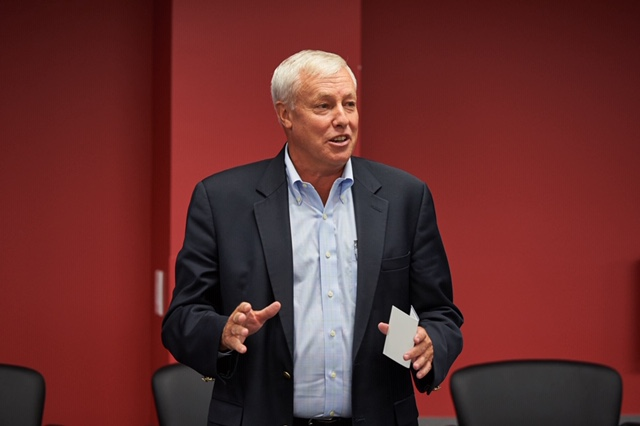 Mr. Keller will be responsible for the commercial direction and development of America Media, including planning and directing an audience growth strategy that maximizes editorial impact and earned revenue and establishes a transformational market position for all new and existing products and platforms. He will join America Media in March 2020.

A lifelong America reader, Mr. Keller is a graduate of two Jesuit schools, Boston College and Fairfield Prep, where he served on the board of trustees. “We are fortunate to welcome such a talented individual to America Media,” Father Malone said. “Mr. Keller not only has an outstanding professional track record but a lived commitment to our organizational mission. He is the ideal leader for our talented team.”

Mr. Keller added: “I have spent much of my working life driving audience expansion through multiple platforms. To be able to do that at America and join such a talented team is an honor.”

As ESPN senior vice president, Mr. Keller has led ESPN Audio and the ESPN Talent Office. For ESPN Audio, he has overseen all aspects of the business including talent, staffing, national programming content, scheduling, and event production. ESPN Audio is comprised of ESPN Radio, the country’s largest sports radio network, ESPN Deportes Radio, ESPNRadio.com, and ESPN Audio On Demand. ESPN Radio offers more than 9,000 hours of talk and event content annually, reaching nearly 24 million listeners per week on more than 500 stations, including ESPN owned and operated stations in New York, Los Angeles and Chicago, and more than 375 full-time affiliates. Under Mr. Keller’s leadership, ESPNRadio.com became the most listened to live stream of any terrestrial broadcaster in the world.

Prior to joining ESPN, Mr. Keller served as president of ABC Radio Networks, leading all aspects of network programming, affiliate relations, engineering, finance, research, IT, international programming, and marketing. Prior to ABC, Mr. Keller was New York sales manager for the CBS Radio Networks and held marketing and sales positions with the New York Times Company.

About America Media: America Media is the leading provider of editorial content for thinking Catholics and those who want to know what Catholics are thinking. Our contributors are the principal figures in the Catholic Church today, the decision-makers and opinion leaders who drive the ecclesiastical and civic debate about religion, society, politics and the arts. Our flagship magazine, America, has been published continuously since 1909.