‘Star Wars’ offered us a new hope. ‘Andor’ explores the cost of that hope. 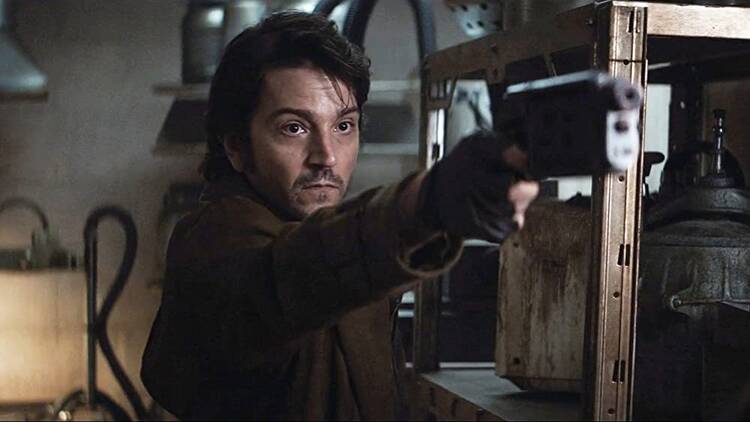 From time to time the social mediaverse decides to ask again which is the best Star Wars movie. There’s something very strange about this; the most popular answer has been the same since 1980, when “The Empire Strikes Back” first came out.

“Empire” deepened the mythology of the series, had twists and cliffhangers and a very cool Muppet. But more than that, it took the bold step of seeming to refuse to offer a happy ending. “Star Wars” actually had plenty of heartache—Luke’s aunt and uncle were literally burned to death in the first 20 minutes, and Leia’s home planet was blown up in front of her. But mostly the film chose not to deal with any of that. It plays instead like a story of kids who go to college, make friends and have a big adventure.

In “Andor,” Tony Gilroy paints the Empire at its most oppressive. Surveillance has become near total: Anyone can be found almost anywhere.

We all remember “Empire” for choosing not to go that way. Our friends are split up, each has to deal with his or her own messy feelings and revelations, and in the end Han is flash-frozen—the image of him contorted in pain in the carbonite is pretty horrifying—and Luke’s dad has been revealed to be not only alive but the monster at the center of the universe.

But the darkness of the film was in a way all smoke and mirrors. When it came out, sure. I spent the three following years insisting that Darth Vader could not actually be Luke’s father because I was 10 and that is what 10-year-olds do.

Even at that age I knew that at the end of those three years I would have answers. Whereas “Star Wars” came out as a standalone movie, “Empire” was always the second of three. We couldn’t know for sure that things were going to end well, of course, but we did have the sunny, never-mind-the-tragedies hopefulness of the first movie to look back to.

And in the end, we were rewarded: Ambiguity and melancholy were subsumed into a warmer universe where rescuing someone from a mobster’s home base is mostly about choosing the right costumes, and the most important planet in the universe is a literal world of teddy bears. Everyone (important) lived and everything was fine.

In many ways, it’s a portrait of the universe as those of us in middle- and upper-class America have been taught to see it—focused on outcomes for ourselves and blithely uninterested in the sacrifices (and deaths) on which any social advance is predicated. Darth Vader gets a funeral pyre and a moment of silence, but what about the people on all the ships that the Emperor just destroyed? What about those who made the Rebellion’s successes possible?

Darth Vader gets a funeral pyre and a moment of silence, but what about the people on all the ships that the Emperor just destroyed? What about those who made the Rebellion’s successes possible?

“Michael Clayton” filmmaker Tony Gilroy explored some of those unacknowledged characters in “Rogue One,” the Star Wars prequel that followed the group of rebels who sacrificed everything to deliver the plans for the original Death Star. And in his new series “Andor,” which follows “Rogue One” protagonist Cassian Andor as he slowly becomes a key figure in the Rebellion, Gilroy goes much further.

Where the Star Wars universe always gives its characters a certain freedom, even if it’s just a matter of wisecracking or a great dogfighting move, Gilroy paints the Empire at its most oppressive. Surveillance has become near total: Anyone can be found almost anywhere. People are turned into forced laborers for the rest of their lives after being arrested on trumped up charges. Just the thought of resistance is ridiculously dangerous.

The nascent beginnings of a Rebellion is operating in secret, led by the insidiously clever Luthen Rael (Stellan Skarsgård). But as seen through the eyes of everyone connected to it, from Andor to Senator Mon Mothma, a future leader of the Rebellion who is currently bankrolling much of Rael’s operation, to Rael himself, the Rebellion is itself a blight upon both their lives and their souls.

When one of his agents demands that spymaster Rael name what possible sacrifices he’s making while his agents risk everything, Rael replies like a damned version of Moses: “I’m condemned to use the tools of my enemy to defeat them. I burn my decency for someone else’s future. I burn my life to make a sunrise that I know I’ll never see.” (Strikingly, he is dressed in the dark hooded costume of a Sith as he says it.)

Mon Mothma in the “Star Wars” series always seems to be far above the fray, the Zen-like still center that all turn to for counsel and direction. But in “Andor,” in the messy thick of things, she has to let her 13-year-old daughter be matched to the son of a mobster in order to keep her conspiracy from being discovered.

“Andor” offers a much bleaker Star Wars than we’re used to. But it also feels like finally a more adult Star Wars, too.

If “Star Wars” began as a series about a “new hope,” “Andor” is an exploration of the costs of that new hope for others, the constant and escalating danger that unheralded people in unknown pockets of the universe faced in the process of making that hope becoming a reality for future strangers like that dopey kid from a desert planet. Truly, they’re all damned Moses here. And, much like the electrified floors in the prison where Andor is relegated halfway through the series, to step out at all in this universe is to risk your destruction.

And that step may just be the first toward a relentless series of hurdles. In the series’ prison break episode, a taut and thrilling high point of the season, the character responsible for unifying the prisoners is a prison floor manager Kino Loy (played brilliantly by Andy Serkis, who portrayed the villainous mastermind Snoke in two previous films). “One way out!” he has the entire prison chanting as they fight and then race to their freedom. But when they get to the prison’s escape hatches, they find themselves confronted by a jump into the distant ocean below. In a final brutal twist, it turns out Loy can’t swim.

That’s how this universe works: The struggle is never over—especially when you think it nearly must be. Only a few will survive.

In a sense “Andor” offers the Passion to “Star Wars” Easter. It confronts us with open wounds that the saga chose to hide. Rebellion is not some sweet but ultimately winning sacrifice we all get to celebrate at the end with dancing Care Bears and fireworks, but an immolation of everything and everyone you may hold dear because there is no other option.

Ultimately “Andor” is a story about community, too; the “one way out” that the escaping prisoners chant about over and over is very clearly “together.” And the first season’s denouement, in which Cassian’s home town unites in rage at a memorial service in a micro-revolt against the Empire, thrills because of the way that this entire community comes together in resistance.

But also notable is that their rebellion seems to have nothing to do with Andor. He is neither at the center of it, nor did he plan for it to happen. Maybe rebellions are not about swashbuckling heroes who sweep in to inspire the troops or who reveal magic powers to save the day, but seething mobs of grieving people who fight to survive and mostly die doing so.

Obviously, that’s a much bleaker Star Wars than we’re used to. But it also feels like finally a more adult Star Wars, too, one that is done coddling us with scarecrow villains, adorable puppets and fairy-tale happily-ever-afters. Some heroes wander into a fantasy cave where they are confronted by their darkest selves. Others have to choose to become that darkest self in a sacrifice for a future they will never see.