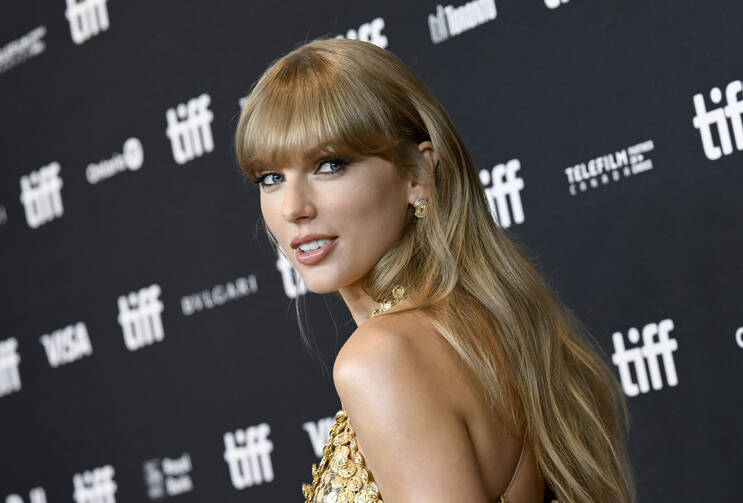 Taylor Swift has spent half of her life as a pop star. With age comes wisdom, and that is certainly true for Taylor, whose latest album, “Midnights,” is almost entirely introspective, even a little retrospective. With some bemusement and melancholy, Taylor has chosen to take us on a journey through her sleepless nights. For an artist who has so often included lyrics about staying up late, this is the first time that she has patterned an album so explicitly on her insomniac tendencies, professing in the album’s description her hope that “when the clock strikes twelve … we’ll meet ourselves.”

Appropriately, in the first track, “Lavender Haze,” she asks us to “meet [her] at midnight.” It is in this song, effectively a thesis statement for the rest of the album, that Taylor introduces the album’s primary sonic identity: “Midnights” fuses the slower and more even-tempered cadence we first heard in “Folklore” and “Evermore” with heavy use of synths and vocal effects, a reappropriation of techniques codified in “1989” and “Reputation” but used in an entirely new context. What we get, starting from “Lavender Haze,” is an album that is distinct both in style and content from the rest of Taylor’s discography. There is no sense of a “1989”-lite, an accusation sometimes leveled at “Lover.”

The album’s sonic identity might come as a bit of a surprise after Taylor has devoted so much time to rerecordings of “Fearless” and “Red,” which had taken many a Taylor Swift fan down memory lane and given them a new appreciation for her older work. Those albums, which make liberal use of strings and piano, staples of Taylor’s country origins, are a marked contrast with “Midnights” and its modern synth-pop stylings. The juvenile spirit that cannot be divorced from her earlier work is nowhere to be found.

But as with any good examen, the introspection found in “Midnights” is not limited to self-flagellation, but is also a rededication to growth.

So much of “Midnights” is unwaveringly adult. In much the same way that “Red” and “1989” celebrated being in your 20s, “Midnights” is about the complicated yet rewarding trials of your 30s. Taylor has spoken in the past about how celebrities become frozen at the age they became famous. For her, that was her late teens, and for years, she was identified by youthful indiscretion and no end of public drama. “Midnights,” with its slow musing and self-deprecation, finally lets Taylor be the grown-up that the world never allowed her to be before.

“Maroon,” an intentionally muted contrast to “Red,” shows Taylor’s appreciation for the simple things. While she might have sung about fast Maseratis in the past, now she reminisces about cleaning incense off vinyl shelves and opining about relationships strained by “the rust that grew between telephones.” Stress from hosting parties and worries of body dysmorphia infect “You’re On Your Own, Kid,” while “Midnight Rain” tells of having to choose between one’s career and a relationship. Insecurity is the name of the game on this album, and Taylor masterfully captures the feeling of being kept up at night by all your past mistakes.

In many ways, “Midnights” is Taylor’s way of performing the examen. She puts herself through an emotional ringer, dredging up all the terrors of her regrets. In “Vigilante Shit,” she sings about her obsession with revenge and comeuppance. “High Infidelity” is all about the fear of what happens when she drinks too much, and the wrath she incurs any time she mouths off. “Would’ve, Could’ve, Should’ve” is about “dancing with the devil at nineteen,” how she still suffers emotional trauma from dating men much older than her. In a telling line, she sings, “And the God’s honest truth is that the pain was heaven/ And now that I’m grown, I’m scared of ghosts.”

But as with any good examen, the introspection is not limited to self-flagellation, but is also a rededication to growth. In “Karma,” she speaks of her desire to “keep [her] side of the street clean.” Most tellingly, she warns against seeing her as some kind of “guiding light,” since she herself is just someone who sends out “desperate prayers” to anyone who will listen. Taylor is in constant combat with herself, particularly in “Anti-Hero,” where she admits that she herself is “the problem,” an anti-hero who will “stare directly at the sun but never in the mirror.” Treating the album as a confessional, she decries her “covert narcissism I disguise as altruism/ Like some kind of congressman.”

There is a maturity about it, as well, and “Midnights” largely avoids much of what made the thematically similar album “Reputation” somewhat obnoxious.

Taylor also shares familial anxiety, singing about nightmares of being killed by her as-yet-nonexistent daughter-in-law for the inheritance. In the song’s music video, written and directed by Taylor herself, she leaves nothing for a bevy of her bickering children, who accuse her of “laughing up at us from hell.” Taylor’s concern for her legacy and what she leaves behind shows an evolution of priorities, the growth of a woman who was once consumed by a Juliet-esque image and all of the neverending youth that implies.

There are points where the album’s complexity threatens to overload it. It has this in common with “Folklore” and “Evermore,” but while those albums were grounded by telling explicitly fictional tales (folklore, so to speak), “Midnights” features a heavy return to Taylor’s signature autobiographical lyrics. This can make it a little more difficult to parse because of her tendency to pull from her past, including references to her old work, both vague and explicit. Jack Antonoff, who produces most of Taylor’s songs, also employs a very similar soundscape throughout the album, which can make it feel indistinct, at least at first. Of course, this also aids in Taylor’s thematic intent—the songs blend together in a hazy mist, not unlike one’s memories and dreams. Once you take a moment to really listen to your thoughts (and the songs), you start to see all the things you missed.

Taylor’s most interesting collaborator on the album might be her boyfriend Joe Alwyn, under his pseudonym William Bowery, who co-writes the song “Sweet Nothing.” With elaborately rhythmic lines like “Industry disruptors and soul deconstructors/ And smooth-talking hucksters out glad-handing each other,” Alwyn may just bring out the best in Taylor’s natural talent as a lyricist. Aaron Dessner of The National, whom Taylor worked with on her last two albums, brings some much-needed instrumental diversity to the album’s “3am Edition,” injecting a bit of folk flair to the synths that dominate the album.

“Midnights” is a complicated album, but it is among Taylor’s richest works for those who desire nothing more than to interrogate the psyche of this woman who offers all of herself up so freely for the world to ridicule and critique. Much of that self-reflexiveness is evident in the lyrics, making commentary about her character, both within the circles she exists in and to her audience. There is a maturity about it, as well, and “Midnights” largely avoids much of what made the thematically similar album “Reputation” somewhat obnoxious. Where “Reputation” was a loud cry, “Midnights” is a meditation.

As she has gotten older, Taylor has found stability and happiness in her career and her romantic life. Tensions have cooled, the rumor mill has slowed and Taylor herself has grown increasingly private. What, then, does that leave for her to sing about? “Midnights” has the answers: her history, her legacy and all of the things that keep her up at night. As Taylor sings in “Bigger Than the Whole Sky,” she has “a lot to pine about” and “a lot to live without.”

And we are all right there with her, letting “midnights become [our] afternoons/ When [our] depression works the graveyard shift.”