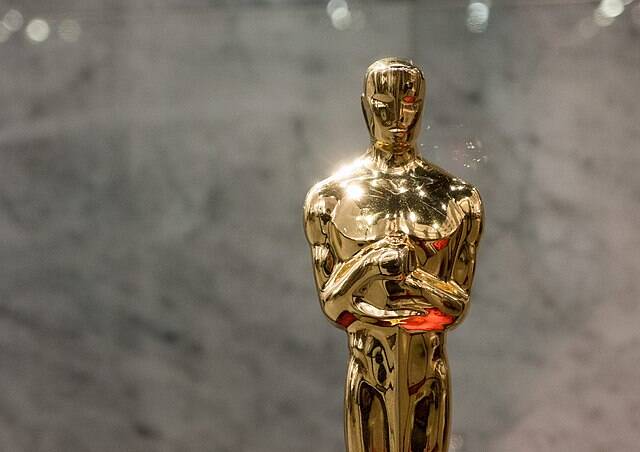 Faced with what The Los Angeles Times dubs an “existential crisis,” the Academy of Motion Picture Arts and Sciences has announced that eight sets of nominees will be cut from the Oscars telecast this year. “We must prioritize the television audience to increase viewer engagement and keep the show vital, kinetic, and relevant,” President David Rubin wrote the Academy’s 10,000 members.

No one can argue that year after year, the Oscars are a bloated mess. And the short film categories (which are among those being cut) are definitely a moment you might find yourself getting up to refill the guac. The Academy is basically arguing: “Let’s be real: No one cares about the makeup. They care about the Meryls.”

But in truth, I think a lot of us are just about done with what “the Meryls” have done to the Oscars. Personally, I am sick and tired of listening to actors turn their success into some kind of American bildungsroman. If I hear one more celebrity say, “To every child watching out there tonight and dreaming of someday becoming a movie star…” I won’t need to go see the new “Scream,” because I will literally be doing it.

The Academy is basically arguing: “Let’s be real: No one cares about the makeup. They care about the Meryls.”

As far as I am concerned, we’ve had the Oscars all wrong from the start. What is interesting is not famous people who we spend all our time reading about anyway getting yet another altar upon which to bask (or worse, a pulpit at which to preach), but the chance to spotlight ordinary people who have dedicated their whole lives to learning how to make magic so seamlessly with an eyebrow pencil or a microphone that we don’t even know they are there.

It’s true, the sound team or production designers may not have the media savvy that decades of being stalked by press and paparazzi has forced upon actors. But that does not mean they are not capable of saying something interesting, or that they are unworthy of our attention. I dare you to read this interview with film editors Myron Kerstein and Andrew Weisblum talking about how they put together “Tick, Tick…Boom!”, or Pamela Martin talking about trying to make the tennis on “King Richard” look believable, and not be fascinated. The same could be said for the contenders for best makeup and hair or Germaine Franco, the first Latina ever to be nominated for best score and only the sixth woman.

They say that God is in the details. Listening to these people talk about the subtle techniques they use to create those feelings of wonder, grief and delight that have kept us coming back to the movies even during a pandemic, the truth of that is abundantly clear. Personally, watching then-Jesuit priest Chris Donahue win an Oscar in 1998 for his work as the producer on the Live Action Short “Visas and Virtue” was deeply inspiring. I would much rather hear artists like Donahue and his team speak a moment about their art or say something I can actually relate to about their families and lives than endure one more celebrity who flew to the ceremony in a private jet and lives in a multi-million dollar home shouting about climate change.

The Academy’s decision is also all too familiar to me as a Catholic. In 2020, 72.4 million Americans self-identified as Catholic. Of them, 35,513 were priests. That is 0.04 percent of the total U.S. Catholic population. And yet, if you look at coverage of the Catholic Church in the media or by the Catholic Church itself, who gets talked about? Who gets talked to? More often than not, it is a priest or it’s a bishop, of which there are 260 in the U.S, 0.0003 percent of the U.S. Catholic population.

The people at the very top of the Catholic hierarchy might be clerics, but our institutions are staffed and run by lay people. In fact, our continued use of the term “lay people” is itself almost nonsensical, as it is the “lay” members of our community who have most of the specialized knowledge our institutions need to function. They are our theologians, our administrators, our campus ministers, our pastoral staff, our editors, our public relations directors, our accountants.

In cutting out its own “lay people,” the Academy may think it will improve its broadcast. What seems far more likely is that we’ll have a slightly shorter version of the same overproduced flatulence.

And yet more often than not, our internal compasses as church people continue to direct us to “Father.” It is that very impulse that Pope Francis is working to overcome with the Synod on Synodality. Throughout the world, Catholics are being asked to come together not to hear reports or directions from bishops or priests but to be heard and to hear one another. This comes from a fundamental insight of our faith: namely, that the Holy Spirit speaks truth to each of us and through all of us. The only way we as the Catholic Church can truly discover the right way forward for ourselves is by listening to and learning from one another.

In cutting out its own “lay people,” the Academy may think it will improve its broadcast. What seems far more likely is that we’ll have a slightly shorter version of the same overproduced flatulence. Because the problem with the Oscars or the Academy has never been that it gives too much time to the hair stylists or sound designers who live in a two-bedroom in the Valley, any more than the problems in the Catholic Church have come from listening too much.