Pope Francis challenged Catholics to read Dante this year. Let’s do it together. 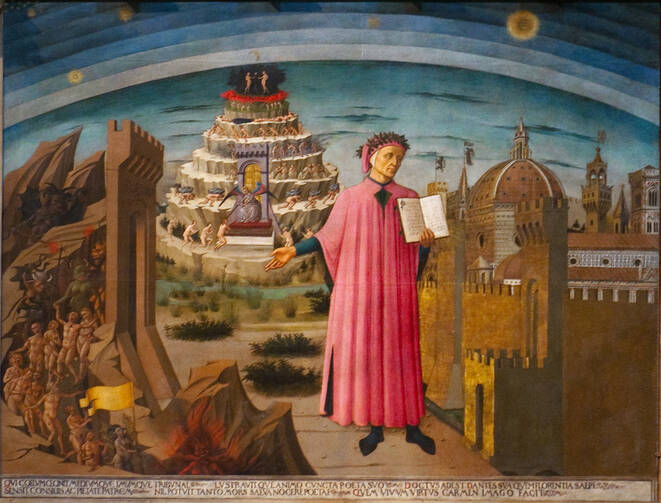 Since 2015, Gallup has published the annual “Global Emotions Report,” which outlandishly claims to be a “measure of everything that makes life worth living.” The latest report notes that 2020 was a record-setting year for negative emotions, with “experiences of stress, worry, sadness and anger” at an all-time high. Such findings are hardly surprising. Recent economic upheavals in many areas around the world have increased the wealth gap and exacerbated social stratification, both of which feed estrangement, resentment and cynicism. Alongside all of this persist other realities: a global pandemic that has caused over four million deaths, the outworking of centuries of racial injustice in the United States and other countries and the practice of national politics as blood sport.

Yet across the sweep of global history, we can certainly find bleaker times. A smidgen of humility about our challenges in comparison to those of our forebears is appropriate. While it is easy to regard the present as the worst possible historical moment, we must also put our very real suffering alongside a long legacy of genocidal paroxysms, cataclysmic natural disasters, outbreaks of high-mortality pandemics like the Black Death and devastating world wars. Moreover, within the prodigious scope of human writings, one or two other works might lay better claim than the latest public opinion survey to measure those things that make life worth living.

Reading the Divine Comedy together provides an occasion to re-envision God’s grace, to cultivate our desire and duty to help one another.

As it turns out, the year 2021 coincides with an opportunity to be guided and challenged by a man whose own life was fraught with both difficulty and beauty. Seven hundred years ago this September, Dante Alighieri died. Dante was no stranger to brutal politics, climate change, crop failure and famine, disease, economic catastrophe, homelessness and war. In the midst of grief and upheaval, he penned what the literary scholar R.W.B. Lewis identifies as “the greatest single poem ever written.” Pope Francis is only slightly more restrained in praising the Divine Comedy as “one of the highest expressions of human genius,” one that shows “with poetic beauty the depth of the mystery of God and love.”

In his 2021 apostolic letter “Candor Lucis Aeternae,” the pope poses questions about Dante’s great work. “What can he communicate to us in this day and age? Does he still have anything to say to us or offer us? Is his message relevant or useful to us? Can it still challenge us?” With confident, affirmative answers, Pope Francis urges us to read, hear and imitate Dante, “to become his companions.” His invitation is not just for those who already know and love Dante’s work, but for those looking for a different voice in response to our current moment.

At stake is no mere dilettantism or exercise in cultural appreciation, but what St. Paul VI regarded as the efficacious moral vision of the Divine Comedy, which leads “men and women from chaos to wisdom, from sin to holiness, from poverty to happiness, from the terrifying contemplation of hell to the beatific contemplation of heaven.”

Among the concomitant benefits of reading Dante’s epic is the mending of frayed social bonds, especially if many were to follow the pope’s urging. Consider that the Divine Comedy, especially in its first part, “Inferno,” is uncannily attuned to the cost of social rifts. Through the embittered conflicts of 14th-century Florence, Dante gained profound insight into the hellish circles into which human beings fall and drag others down, replete with finger-pointing blame and self-vindicating excuses. Nowhere else in world literature has an author exceeded Dante’s grasp of the diminished form of personal and communal life that accompanies pride, envy, wrath, sloth, greed, gluttony and lust.

By contrast, the Divine Comedy’s middle section, “Purgatorio,” constructively portrays one moving scene after another. The fruits of humility and repentance, made possible by cooperation with divine grace, give rise to love of others, readiness to lend assistance and, indeed, longing to see one’s neighbors at their best. The saints’ discipleship, by which they ascend heavenward, is mutually interdependent and cooperative. They lean on each other and sing together as merry bands of pilgrims, even as they bear trying burdens. Here is community remade in the literal light of God, light that illumines the way and enables the saints’ ascent.

Although the last third of Dante’s poem, “Paradiso,” is difficult, it is ultimately here that we join Italy’s greatest writer in imagining life together at its best. In soaring, heavenly realms, each portrayed as glorious in its own way, a multitudinous company of saints beholds with rapturous wonder the glory of God. That they love God and love their neighbor in God is everywhere evident. None begrudges another the highest delight conferred by Christ’s grace. Rivals have become fast friends, taking turns praising the other’s merits. They worship the Lord in the beauty of holiness; the radiance of the church reflects their shared, joyful vision of the triune God.

I scarcely can fathom the glory of the blessed company Dante presents in heaven; his poem inspires longing.

Back in our mundane present, the U.S. government’s American Rescue Plan and its sequels will bring relief to countless people who face economic trials. Yet fully flourishing communities depend on more than food, rent, health care and jobs. To that end, on this seventh centenary of Dante’s death, reading the Divine Comedy together provides an occasion to re-envision God’s grace, to cultivate our desire and duty to help one another, and to knit up “the raveled sleave of care”—not through sleep, as Shakespeare imagined, but through the gift of unexpected, lifegiving friendship.

One excellent response to the pope’s call is “100 Days of Dante,” a web-accessible resource from Baylor University’s Honors College, developed collaboratively with the University of Dallas and Biola, Eastern, Gonzaga and Whitworth universities. In what promises to be the world’s largest Dante reading group, participants will, from September 2021 through Easter 2022, read one canto at a time, learning from those who know and love Dante as they share their insights and questions.

The Divine Comedy’s power over generations of readers, the 19th-century clergyman and writer R.W. Church writes, consists in its ability to “put to shame their trifling, its magnanimity their faint-heartedness, its living energy their indolence, its stern and sad grandeur rebuked low thoughts, its thrilling tenderness overcome sullenness and assuaged distress, its strong faith quelled despair and soothed perplexity, its vast grasp imparted the sense of harmony to the view of clashing truths.”

Dante challenges me anew each time I read his exquisite epic. He reminds me of the steep wages of sin, personally and corporately. He gives me examples of those whose strenuous fidelity to Christ moves them nearer to saintliness, and who thereby elevate the lives of those around them. I scarcely can fathom the glory of the blessed company Dante presents in heaven; his poem inspires longing. There is no finer time than the present to exchange trifling, faint-heartedness, indolence, distress, despair and perplexity for significant effort, generosity of spirit, vital aspiration, tender care, steadfast hope and shared vision. Let us read together! 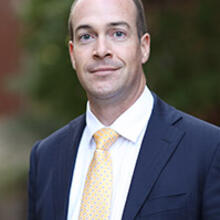 Douglas V. Henry is dean of the Honors College at Baylor University.