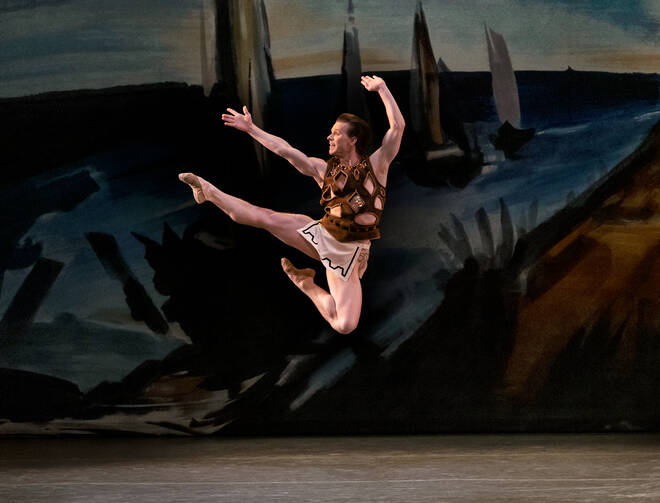 The parable of the prodigal son is intended to be shocking in two ways. First, in a request that is almost cruel in its audacity, a son asks his father for his inheritance now, before his father’s death. The second shock is that, even after the son wastes that inheritance, the father not only forgives but rejoices at his return.

Reimagined as a ballet,“Prodigal Son” is one of the most popular early works of the choreographer George Balanchine, the Russian émigré and dance icon who co-founded the New York City Ballet. The ballet will be part of the company’s fall 2022 season, and a previously recorded version is now streaming online.

With choreography full of bent limbs, fists and acrobatics, “Prodigal Son” feels jarring and modern even today. It carries its own shock value. By adding a new character, the Siren, an embodiment of temptation and sin, the ballet brings new life to a parable that has been repeated to the point where it can become overly familiar instead of appropriately challenging.

The ballet opens outside the Son’s home (in the ballet, the characters are listed as Father and Son, illuminating their archetypes.) The servants place there the Son’s inheritance, symbolized by several tall vases and horns. His sisters come out from the house and implore him to stay, but he leaps, his eyes fixed on something offstage. The Son dances, frequently banging his fists on his knees and throwing his arms out to either side.

His solo features a stunning leap where he turns in the air with his knee bent and feet flexed. He spins multiple times with his knee bent, a technique that differs from the straight leg traditionally used in classical ballet.

Eventually the Son jumps over the fence and runs offstage, away from home. The Father envelopes the family in his cloak, and they go inside their home.

Balanchine adds a new character, the Siren, an embodiment of temptation and sin.

We then see the Son with his drinking buddies, called the Goons, who tempt him into a life of dissolution. They snake across the stage single file, with bent knees pointing sideways, making them look like a caterpillar. Their choreography includes many gymnastic moves, as sin physically distorts their bodies. The Son moves to shake hands with each one, but the Goons always pull their hands away a second too early. The Son hesitantly backs away, and his servants push him toward his new friends, who now aggressively reach toward him, or rather his possessions. Flanked on either side by his servants, the Son joins the feast.

Everyone stops when the Siren enters. Dressed in a merlot-colored cloak that trails a couple of feet behind her, she enters walking on her toes. She gazes upward and does not seem to notice any of the men lying drunk on the floor. The Siren slowly and deliberately beats her fists on her chest, hips and back, mimicking the earlier movements of the Son, who watches from atop the table. The Siren does languid single turns as opposed to the Son’s multiple-rotation pirouettes. She turns with her arms in a diagonal line, her hands balled into fists.

As the dance goes on, the Siren, the Goons and servants eventually turn on the Son.

The Son draws near her, and she walks toward him, pushing him back to the table. In the person of the Siren, sin and temptation are brought center stage to illustrate the seductive power they hold over the Son—and us.

As the dance goes on, the Siren, the Goons and servants eventually turn on the Son. At one point, the servants lift the Son upside down, shaking the coins from his pockets, and his pals steal his shirt and shoes. Unlike the story in Luke’s Gospel, there is no famine after the Son has lost everything. In the ballet, the pestilence is other humans.

The choreography of “Prodigal Son” was groundbreaking at its premiere almost 100 years ago.

In the final scene of the ballet, the Son returns home. He crawls on his knees in a line of light on an otherwise dark stage. The Father slowly walks to him. The Son looks up to the Father and then leans away, hiding his face. The Father takes a few steps away, but then turns back to face the Son. In the Gospel telling, the Son does not finish his prepared speech before the Father orders his servants to dress him in a fine robe and slaughter the fatted calf. In the ballet, this symbol of God shows no excitement over the repentant sinner.

Finally the Son crawls to his Father and crawls up his body, ending up in the fetal position in his Father’s arms. In the final moment, the Father envelopes the Son in his cloak, as he did the sisters at the beginning.

Our Sacred Selves: The mystery of the human body
Robert E. Lauder

The choreography of “Prodigal Son” was groundbreaking at its premiere almost 100 years ago, and it still feels revolutionary today. Balanchine, who began his career as a student at the Imperial Ballet School in Russia and danced in the corps de ballet, came to the United States in 1933 to help establish not only the New York City Ballet, but also the School of American Ballet. His works and signature style, changed the trajectory of ballet, and his ballets are performed around the world today.

The 35-minute ballet is set to music by Sergei Prokofiev, with costumes and set recreated by Esteban Francés from sketches by the French religious artist Georges Rouault. By cutting out the closing segment about the resentful older brother, the librettist Boris Kochno ended the ballet with an emphasis on the themes of sin and redemption. 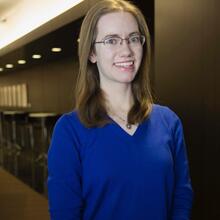