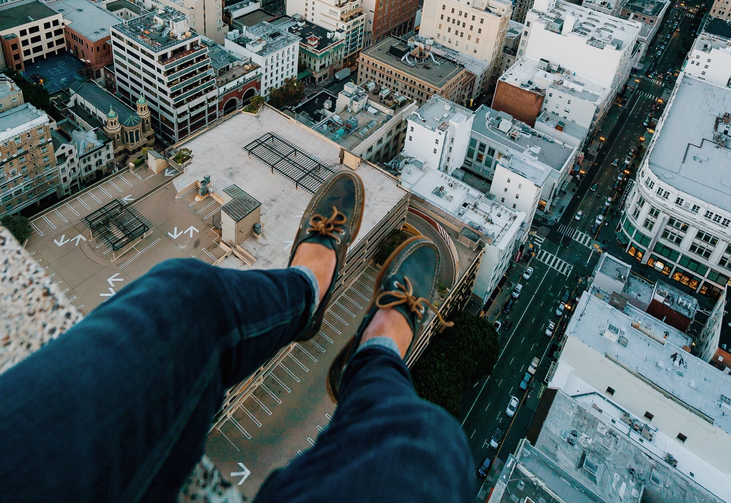 A few years ago, Paula Szuchman, a vice president at the public radio station WNYC in New York, was on vacation with her family and having a bit of trouble. Her daughter, “who was maybe 7 at the time,” Ms. Szuchman explains, “was just scared of everything. The lake, the docks, everything that’s supposed to be fun.”

Her husband suggested the kids make a little podcast; “and she was like, O.K., let’s make a list [of everything that scared them].”

“It was so cute, so funny,” Ms. Szuchman recalls, that she shared it with one of her producers, Amy Pearl. Six months later, out of the blue, Ms. Pearl sent her a pitch for a new show called “10 Things That Scare Me.”

The idea, says Ms. Szuchman, is to create an “immediate connection between the listener and the speaker.”

“She had listened to the tape so many times,” Ms. Szuchman says. “She thought it had this core elemental part of the human condition.”

That show, now in its second season on WNYC, is unique for many reasons. Unlike the typical podcast, episodes are very short, from two minutes to maybe 10. The show also has no host or even an introduction. After a short audio cue, the unnamed person just begins listing their fears. “Number One.”

The idea, says Ms. Szuchman, is to create an “immediate connection between the listener and the speaker. You are suddenly thrown into the world of a complete stranger, who by the end you have made a connection with.”

Unlike the typical podcast, episodes are very short, from two minutes to maybe 10.

Some fears are expanded upon with stories or explanation; a black man from Ferguson tells the story of being stopped by the police; a woman talks about what it’s like when she sees a group of teenagers. Other fears are simply named, and the speaker moves on. “Number Two.”

Meanwhile, in the background, an accompanying aural landscape of sounds and music expands on the feelings being expressed and creates an unexpected sense of space. The sound designer Isaac Jones, Ms. Szuchman says, “describes it as ‘creating rooms.’ He shapes the sound so that you feel like you’re moving from one room to another in your mind.”

After completing their list, the hosts introduce themselves and the episode is over. Sometimes the speaker has been someone famous, sometimes not.

After completing their list, the hosts introduce themselves and the episode is over. Sometimes the speaker has been someone famous, sometimes not. “Finding people from every part of the country, from different political and ideological spectrums, different races, ages and ethnicities was part of our core mission,” Ms. Szuchman explains.

St. Ignatius used to teach that the evil spirits of our lives, the things that haunt us or we feel bad about, absolutely do not want to be shared with others. Their power over us, in fact, rests in the secrecy they demand, the sense they create that if we speak this truth aloud we will look horrible or crazy. And at times “10 Things” feels like being witness to little acts of self-liberation; to name a fear, even without further explanation, is to put it outside yourself, where it has less immediate sway over you.

At times “10 Things” feels like being witness to little acts of self-liberation.

There is a butterfly effect as well. The more I listen, the more I not only find myself getting in touch with my own fears but wanting to share them. Like the fact that while I can enjoy interacting with a room full of strangers, I am kind of terrified of entering rooms filled with people that I know. Or the fact that I am so viscerally freaked out by the texture of mustard that I don’t even like to be near it in a plastic bottle. The show seems to naturally create a space in which we each are invited to become like Ms. Szuchman’s daughter, turning our fears into something empowering, even funny.

Listening to other people’s fears not only makes me feel less alone but makes me love them more: the kid who lists his fears in a whisper; the guy whose father, for a nightly bedtime story, used to tell him and his siblings about the coming nuclear apocalypse, where they would hide and how they would survive; the woman afraid of being touched by a broom. Even when I can’t relate to what they are saying, or maybe especially then, I find myself filled with gratitude and wonder for their honesty.

And that, says Ms. Szuchman, is the point. “So much of what we’re going for is creating an empathetic space,” she says, “creating an infrastructure that encourages empathy.” It is for this reason that they don’t have people introduce themselves until the end. “The minute you know who you’re listening to, what they do for a living, where they live, your empathy muscle is being challenged.”

It turns out the simplicity of these podcasts is deceptive; each speaker is interviewed for over an hour about their fears to get the material from which each episode is woven. Often that’s not easy for them. “We definitely had to work to push people to open up, to be honest. Talking about your fears is really talking about yourself. And we knew we would be making people feel very vulnerable.”

“It was really kind of nuts that we got people to do it,” Ms. Szuchman reflects. “It’s a testament to the talent of the people who pitched the show and produce it.”

This article also appeared in print, under the headline “Finding connection in our fears,” in the March 16, 2020, issue.