Saccharomyces cerevisiae, or A Little Levity About Leaven

Saccharomyces cerevisiae, or A Little Levity About Leaven

Because, in its stubby brown-glass jar

or its battered, three-personed foil packet,

it gets entombed in the chaos of cartons

appearing at last, as though resurrected,

Because the lump in which it lies hidden

is formless and potent as creation’s clay,

Because I sink my hands in its history

and come up with levamen—

Because it’s consoling to smack it down—

and find I never defeat it,

(Levate, in the Latin of old rubrics),

Because, at some point in the fifty years

since I learned to file its fungal names

among the tangled roots of the Plantae,

they bloomed, those names, as a kingdom of their own,

And because this makes me smile, recalling

that leaven’s Your own little joke about the Kingdom,

Be praised, O Lord, for this bit of mystery,

which lifts, which lightens.

This article also appeared in print, under the headline “Saccharomyces cerevisiae, or A Little Levity About Leaven,” in the September 2, 2019, issue. 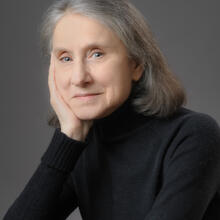 Maryann Corbett is the author of four books of poetry, most recently Street View, and is a past winner of the Richard Wilbur Award. Her work has appeared in The Best American Poetry 2018 and in the journals Christianity and Literature, Sewanee Theological Review and elsewhere.