The three kings of soccer dominate the World Cup narrative 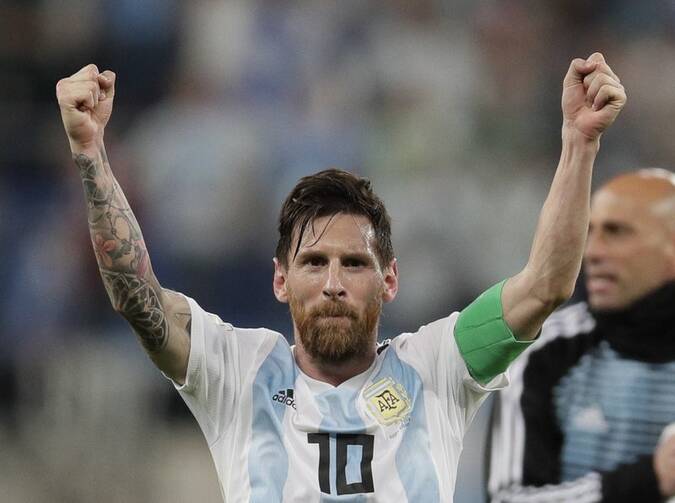 For almost a decade now, soccer has been ruled by the twin potentates of Cristiano Ronaldo and Lionel Messi. In the past four years, Neymar has joined the two kings, giving us a reigning trinity of soccer mega-stars.

Soon Portugal’s Ronaldo and Argentina’s Messi (33 and 31 respectively) will age out of their primes, bringing the reign of the big three to a close. Brazil’s star forward Neymar (26) is about to become soccer’s sole Big Man, giving the 2018 World Cup a sense of kairotic urgency. Although Ronaldo, Messi and Neymar played together in the 2014 World Cup, their particular story is reaching its climax right now.

Our soccer trinity is poised to smother any other narratives, since none of them has won a World Cup—the only earthly bauble not in their possession. How can this tournament be about anything else? The desire to give the trio’s story a suitably epic ending can lead to interpretative follies like confirmation biases, overgeneralizations, causal fallacies, etc. Chances are, if you follow soccer, you (and I) will get sucked in. Beware!

Although Ronaldo, Messi and Neymar played together in the 2014 World Cup, their particular story is reaching its climax right now.

So far, the Big Three have obliged us: Ronaldo’s four goals, including a hat trick against mighty Spain, single-handedly saving Portugal; Messi’s abject failure, soul-crushing burden and turmoil; and Neymar’s—well—tears, whining and sombrero. Given these storylines, Ronaldo, Messi (pitiful Messi!) and Neymar seem determined to override any alternative narratives by feeding our desire for closure to their “they need to win a World Cup” pre-packaged story.

But these three players did not create the hype by themselves. We did to them it by creating and consuming media—amplified by advertisers, marketers and FIFA itself—because there is big money to be made on the Big Three. Good luck escaping this narrative machine.

But I don’t think we need to escape anything. Instead, the Big Three and their World Cup provide an opportunity for us to think about events and non-events, or simply the emergence of truth itself.

In sports, soccer is unique for it single stoppage: halftime. Otherwise, the clock never stops. This means that among sports (ice hockey is a partial exception), soccer is uniquely dynamic, chaotic and open to randomness. Because of this underlying condition, interpreting soccer matches is really complicated, fraught with many dead ends, like determining basic causation, attribution or simply explaining why a team won or lost. Current analytical concepts, like Expected Goals or PDO, reveal these dead ends, deconstruct the oversimplified narratives we like to overlay on matches and remind us that soccer requires a hermeneutics of humility.

Messi seems to believe the absurd narrative that he is a mega-star.

Take the narrative of Leo Messi’s World Cup thus far: event or non-event? My answer: a non-event that the media, social media, and Messi himself turned into an event. Going into the World Cup, Argentina barely qualified. The storied country’s roster was a mess with a ponderous defense, basically no midfield and trouble integrating its gaudy attackers. Plus, Argentina’s tournament preparation was minimal, and the squad played with no discernible philosophy. Megastar narrative aside, Messi was likely never winning this World Cup.

Argentina’s draw with Iceland and mauling by Croatia (an early front-runner to win the tournament!) confirm the suspicions. And although the dramatic 2-1 win over a brilliant Nigeria put Argentina through to the knockout rounds, the result certainly didn’t flatter the winners. At least Messi finally scored a sumptuous goal, thanks to his three perfect touches of the ball.

Ronaldo’s play interprets itself: He wants to win, by himself if necessary.

But Messi himself seems to believe the absurd narrative that he is a mega-star, who should single-handedly save his subpar team. How else to explain what’s happened to him? I have never seen him play this poorly—as if he is thinking about everything he does, ultimately crippling his sublime gift.

Next, Neymar’s performance: event or non-event? I’ll go with this: Neymar wants to be an event—even if it means being a theatrical mess. Of course, Neymar is cursed with being Brazil’s striker—perhaps the most talismanic position in sport: the position of Pélé, Romario, (Brazilian) Ronaldo and Ronaldinho, who all won World Cups in style. Neymar seems determined to join this list of winning Brazilians strikers, even to the detriment of his teammates. It is possible that Brazil could play better without Neymar, as the country learned during a run of friendlies without him. Neymar seems determined to make himself into an event, when his squad probably needs him to be a non-event. So far, he has scored one somewhat irrelevant goal and mostly been a narrative distraction as his team qualified for the knockout rounds.

The World Cup is the best kind of team play. Here’s why.
Travis Timmons

Finally, there is Cristiano Ronaldo, the footballer I loathe most: event or non-event? Boy, do I hate to admit it, but event, baby! After two matches, Ronaldo has scored all but one of Portugal’s goals. But it is not just the goals. It is the will to power. Nietzschean. Schopenhauerian. The single-handedness of it. Ronaldo’s play interprets itself: He wants to win, by himself if necessary. He has not played this strongly in years. His speed is back. His work rate is back. And, significantly, his teammates show no shame in totally directing play toward him. And why not? The current Ballon d’Or winner has seemingly preserved himself just for this tournament. Ironically, in doing so, Ronaldo rages against football’s collective association. At least the natural order was restored in Portugal’s final group match, in which they tied 1-1 with unlucky Iran. In the match, Ronaldo missed a penalty and narrowly avoided a red card. Have the soccer gods chastised him?

My hunch is that he has got another episode left for us in this World Cup. He is pushing up against a limit. And we don’t even know what’s possible. Keep your eyes on the event. 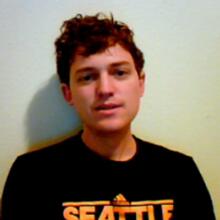 Travis Timmons writes on German soccer for The Bundesliga Fanatic.

Que isso, meu amigo? There is no "curse" in being Brazil's striker, only reverent pride in the five stars worn above the heart. Neymar and the rest of the team have demonstrated maturity and caution on defense (seguranca) so far. It's obvious that Neymar is not 100% recovered from his recent injury, but he has played as a professional, as an incontestable star should play. Neymar and Coutinho are the backbone of the Selecao, the rest of the players know this and have played accordingly well in their roles. Rumo a HEXA!
P.S....thanks for an interesting article...and sorry about what happened to Germany!

Like I said, an interesting article. Messi out. Cristiano Ronaldo out. You just forgot one thing.....