What’s it like being Catholic at The New York Times? 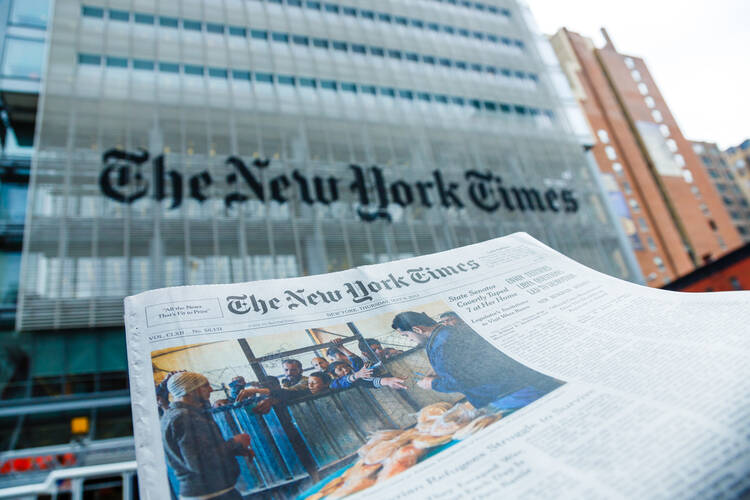 In our final Jesuitical episode of 2017, we talk with my fellow Bronxite and award-winning journalist at The New York Times, David Gonzalez. Born and raised in the South Bronx to Puerto Rican immigrants, David was raised Catholic and attended Cardinal Hayes High School. Since the 1970s, he has been snapping pictures of people and places all around New York City.

Currently, he co-edits the Times’ photography and video blog, Lens, and writes the Side Street column. In Side Street, he offers his “native New Yorker take on life off the beaten path in the five boroughs” in stories such as the effects of gentrification in the South Bronx, attacks against the transgender community in Queens and the life of Lorraine Montenegro, who founded a social service agency in the Bronx and died in Puerto Rico following Hurricane Maria. “I wanted to present a view of either Catholicism or people in the South Bronx or Puerto Ricans...in a way that portrays us as real people,” he tells us.

We talk to him about the role of Catholicism in his work, what it means to be religious at a secular publication, photography in the age of Instagram and more.

As we did in our two previous episodes, we’re taking a break from Signs of the Times and Consolations and Desolations this week, but we’re giving away A Big Heart Open to God: A conversation with Pope Francis. You can enter to win by leaving us a review on Apple Podcasts, then email us at jesuitical@americamedia.org with your iTunes account name in the subject line, and we’ll enter you in the raffle! If you don’t want a book but want to give a Christmas gift to us, leave us a review anyway, follow us on Twitter @jesuiticalshow and send us an email with your questions, feedback and cocktail recipes.

Finally, we asked you on Twitter: What is your family’s weirdest Christmas tradition? Check these out during your holiday break.