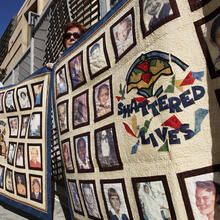 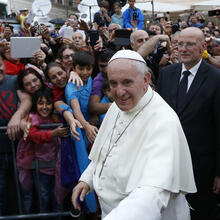 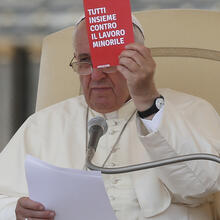 News
Francis Denounces Child Labor: Pope to traffickers, arms manufacturers: God's judgment will come
Carol Glatz - Catholic News Service June 11, 2014
Pope Francis denounced those responsible for human trafficking, slave labor and arms manufacturing, saying people producing weapons of war are "merchants of death.""One day everything comes to an end and they will be held accountable to God," the pope said at his weekly general a 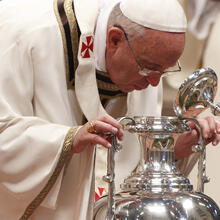 News
Pope to priests: Look for the exit, go out into world: Serve with love, says Francis
Carol Glatz - Catholic News Service April 17, 2014
A priest is called to be in the midst of his flock, protecting his people, searching for those who are lost and always serving those in need, Pope Francis told the world's priests.If a priest wants to overcome those inevitable moments of sadness, exhaustion and boredom as well as discover his tr 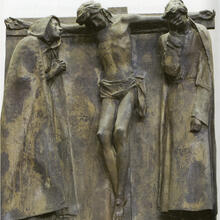 Pope's Via Crucis Meditations: God is on side of abused, violated
Carol Glatz - Catholic News Service April 15, 2014
The often silent plight of sexually abused children, victims of domestic violence, prisoners, the abandoned elderly, the unemployed and immigrants facing hostility will be given a powerful voice during the Stations of the Cross at Rome's Colosseum.Thousands of pilgrims and millions of television