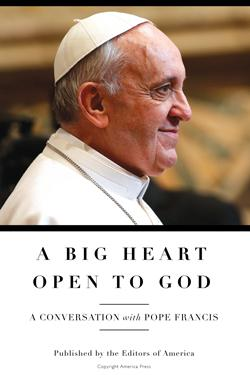 Read the full English translation of the interview.

Read responses to the interview from the editors, Richard Rohr, Melissa Clark, Timothy Radcliffe, Cardinal Donald W. Wuerl and many others.

Watch America's editors talk about the interview on NBC News, CNN, Charlie Rose and other media outlets. Also includes commentary from our editors in Time, the Seattle Times and other publications.

Download the interview as an ebook for the Kindle or Nook.