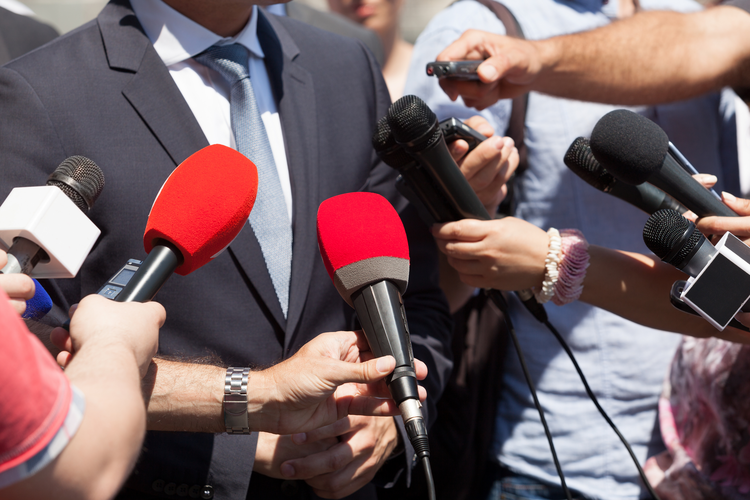 "There is a need, even if the demand is not yet loud, for a press that is less susceptible to market influences and keeps the government in check." (iStock)

For some time now, the nation has seemed unable to have a civil discussion about a growing list of public policy issues. There seems to be no common ground on racism, gun control, immigration policy, international relations, the economy or climate change. News outlets, by providing facts and context, could be a part of the solution, but many Americans no longer trust the media and blame it for ratcheting up tensions in an era of what some call Fake News.

While the finger-pointing is understandable, it suggests that Americans assign too much power to the for-profit news media, in terms of both its share of blame for society’s problems and its ability to fix them. These expectations are unrealistic for an industry that, after all, is driven by a profit incentive. Unfortunately, there does not seem to be a strong business reason for the major media outlets to change many of their sensationalist or more cynical practices.

A formula that keeps audiences glued to the TV by reinforcing what a news channel’s viewers already think produces a healthy bottom line.

The number of news outlets continues to fall, but Fox News, MSNBC and CNN have enjoyed a 4 percent increase in revenue over the last year, and advertising revenue for cable news has increased by 58 percent since 2015, according to the Pew Research Center. Stations blast wall-to-wall coverage that is typified by cheaply produced broadcasts of commentary and opinion, rather than more costly and labor-intensive field reporting or investigative journalism. “Fair and balanced” is no such thing, and “the most trusted name in news” is not that trusted. Nevertheless, a formula that keeps audiences glued to the TV by reinforcing what a news channel’s viewers already think produces a healthy bottom line.

Market forces may be exacerbating a political partisanship that fails to consider compromise for the common good. As for the remaining news outlets that promise objectivity, they have lost their moral authority along with their near-monopoly status and can no longer police the norms of political debate or popular discourse. This development leaves a vacuum in the body politic.

There is a need, even if the demand is not yet loud, for a press that is less susceptible to market influences and keeps the government in check.

The First Amendment guarantees the right to a free press because the founders recognized the vital role the Fourth Estate should play in the republic. A free press helps hold government accountable to the people. But the commercial press, pressured by different motivations, has been negligent in fulfilling its civic function. There is a need, even if the demand is not yet loud, for a press that is less susceptible to market influences and keeps the government in check.

Nonprofit sources of news may be one answer. Government-funded media outlets like National Public Radio demonstrate—most of the time—how a news organization can function when it does not rely solely on marketplace conditions. But Americans also need options that are not susceptible to de-funding threats from Congress. Nonprofit media, like ProPublica, can zero in on matters of public concern instead of aggravating existing partisan rifts.

While cable news outlets have benefited from a divided America, independent news groups could be in a better position to communicate difficult truths on which audiences can agree. Nonprofit trusts—independent of both the government and the marketplace—may provide a much-needed avenue to civil conversation. Profit-driven media conglomerates will not always give us trustworthy news. It is time to find another way.

Who would be the non profit news source and how will they remain fair? It would be easy to find bias in NPR or ProPublica reporting. No one is truly a non profit. People get salaries and slant their work to ensure they retain these salaries.

This article also appeared in print, under the headline “Why Americans Need Nonprofit Sources for News ,” in the September 2, 2019, issue.