In post-election Kenya, church leaders are praying for peace and seeking justice

In post-election Kenya, church leaders are praying for peace and seeking justice 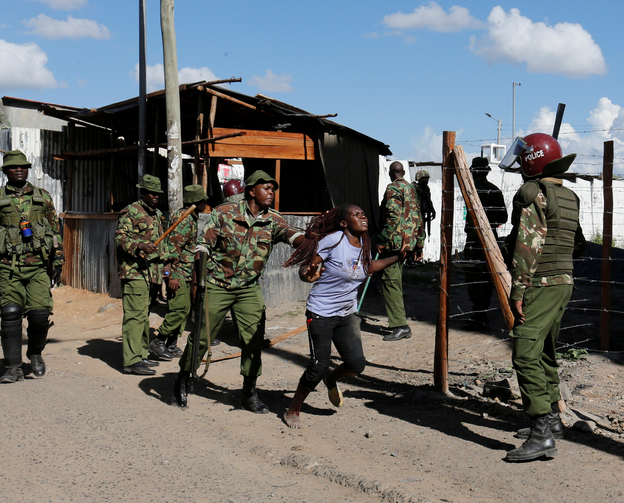 The 2017 elections in Kenya were marred by political and ethnic conflict and finally concluded in November, when Uhuru Kenyatta was sworn in as president after a court-ordered repeat vote in October. But with memories of the post-election violence of a decade ago still fresh among its congregants, one church in the capital, Nairobi, made it its mission to promote peace as political passions rose throughout months of confusion and tension.

Our Lady of Guadalupe, a parish located at the edge of Kibera, a populous slum and regular hotspot for election violence, went beyond typical calls for peace during the voting season last year. Its campaign for a peaceful election included regular communiques with its parishioners in sermons and fliers.

“We are one people belonging to the tribe of humanity,” read a handout distributed among congregants, encouraging people to vote on politicians’ track records rather than along tribal lines.

Almost 100 people died during Kenya’s tumultuous election last year, according to the Kenya National Commission on Human Rights. A terrible outcome, but comparably less lethal than the ethnic violence following the 2008 election that led to the deaths of over 1,100 people and the displacement of more than 600,000. Politicians then were accused of inciting people along tribal lines throughout their campaigns.

In Kenya, religion and politics are deeply intertwined, with political figures using faith to appeal to voters.

In Kenya, religion and politics are deeply intertwined, with political figures using faith to appeal to voters. During the 2017 campaign, President Kenyatta invited Muslim religious leaders to the State House, where they pledged their support. He also met with Christian church figures and called for a National Prayer Day.

While politicians may have prayed for favor, people prayed for harmony. “Oh Lord God almighty, help us to be aware that people are not defined by their tribe but that we are part of a multi-tribal and multi-racial multitude on earth and in heaven,” was one prayer offered up at Our Lady of Guadalupe.

In the church’s weekly paper, a fictional story appeared about two friends of different tribes who attend the same church. An argument about voting along tribal lines leads one of them to stab and murder the other. It was an unconventional sermon, but a relevant one given Kenya’s divisions. The lesson: “Christ died not only to reconcile men to God but also tribes to each other.”

Albert Maina, a prayer group leader in Our Lady of Guadalupe, says the church’s campaign called on leaders like himself to initiate conversations about peace. “All along the election period, we would talk about the issue of peace so that people would get the idea when leaving the church that we are all one family and we should treat one another well,” he says.

Although these conversations were common, leaders had to be sensitive when discussing tribal violence. “We don’t really go so deep into it by discussing details about the election. We ignore the politicians, we won’t talk in specifics…we discuss peace generally,” Maina says.

Our Lady of Guadalupe’s leaders are serious about making sure the church does not get involved in politics.

In fact, prior to Kenya’s August election, a congregation member took to the pulpit to make announcements and unexpectedly began praising a political candidate. More than half of those in attendance walked out of the church service, prompting the priest to apologize, saying he did not know the issue of politicians would be raised.

Although it is not the norm in Kenya, Our Lady of Guadalupe’s leaders are serious about making sure the church does not get involved in politics. The church is currently fundraising for a building expansion and while they typically encourage politicians to get involved in these efforts, they decided against it during the election year.

Mr. Maina, who is also the head of the fundraising committee, says they realized such appearances could be contentious during the election, although it meant receiving fewer donations. “If you want to assist us in raising money,” he says, “you must do this in your personal capacity, not as a politician. If you want to do politics, don’t come to the church.”

This message has been echoed by the National Council of Churches of Kenya. “We were able to encourage the limit of the pulpit for campaigns by politicians—so churches can remain places of worship rather than places for partisan politics,” says Nelson Makanda, the council’s deputy general secretary.

This may seem ironic given the involvement of the N.C.C.K. in the election. They were granted observer status, meaning representatives had access to witness the election process from voter registration to the tallying of the results.

Mr. Kenyatta received 54 percent in the official tally of the Aug. 8 vote, but the Supreme Court annulled the results, citing irregularities and illegalities. Kenya held repeat elections on Oct. 26, which were boycotted by more than half the electoral population at the request of opposition leader Raila Odinga, who claimed his reform demands were ignored. This resulted in a clear win for Mr. Kenyatta, who received 98 percent of the votes cast on the election rerun.

But long before the unprecedented court decision to throw out the August results, before politicians even began campaigning, the election was on the radar of the N.C.C.K. It founded the Pamoja Initiative (using a Swahili word for “together”) in 2015, an effort that brought together elders, religious leaders and women from various communities across the country to discuss politics and peace.

Throughout the election campaign, the council was deeply involved in monitoring and advocacy. It convened a multi-sectoral forum to discuss the elections and created a caucus with the diplomatic community, alongside ambassadors from countries including Germany, the United Kingdom and the Netherlands.

Representatives of the council held meetings with high-profile politicians, Supreme Court justices and security forces. Together with leaders from various churches, mosques and temples, under the umbrella of the Inter-Religious Council of Kenya, they met daily for a two-week period in August to monitor the post-election situation. Operating out of a space they called the “situation room,” they received reports from sources across the country that they cross-referenced with the messages of politicians and the electoral commission in the media.

And when violence flared after the first election results were announced, the N.C.C.K. held a half-day closed-door meeting with Kenya’s cabinet secretary for internal security and the inspector general of police. Representatives went to the meeting with a list of names of 26 people who had been shot by police in demonstrations during a single weekend. “We told them [the authorities] even if you say they’re violent, we don’t see why you can’t arrest them rather than shoot to kill. We told them if you don’t stop this, we will publicly denounce you,” Mr. Makanda says.

Despite these efforts, religious groups were criticized in the aftermath of the election because of their silence about police brutality. The civil society group Atheists in Kenya blasted the church on social media: “The church has not stood up for justice… it has preached peace. Kenyans demand justice and truth.”

While some religious institutions distance themselves from politics, others see it as their responsibility to engage. “We have a mandate to treat the sick and mitigate poverty and we share this with government. We can’t say politics isn’t our mandate,” Mr. Makanda says. “This is our philosophy, and we are unapologetic about our engagement.”

Despite the tension during the election and the violence that followed, many Kenyans say the country is stable. “Today life is normal,” Mr. Maina says. “Our prayers have been answered because right now there is peace in this country.”

He may be right that some prayers have been answered, but those who continue to contest the results of the election and who have been victims of violence are still praying—this time for justice. 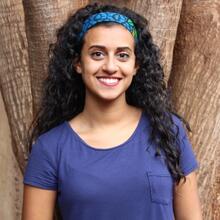 Jacky Habib is a 2016-2017 Media Fellow of the Aga Khan Foundation Canada at the Nation Media Group, Nairobi.