Steven McDonald was shot in the line of duty. Then his work began. 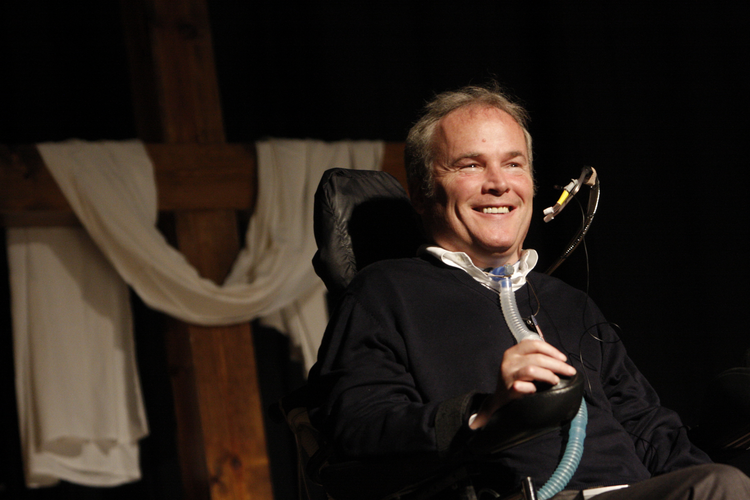 “Faith in god, love of god, love of each other…. That’s what has real meaning. Not the violence in the world.”

Detective Steven McDonald, who was buried today out of St. Patrick’s Cathedral in New York City, shared these reflections with me at the Father Mychal Judge 9/11 Walk of Remembrance last September. I was in attendance to cover the event for America and was fortunate to speak to him briefly. This short clip of our interview shows only a glimpse into the depth of this remarkable man’s faith.

This morning Fifth Avenue was closed as police officers and the NYPD Emerald Society prepared to process into the funeral Mass of Detective McDonald, which was celebrated by Cardinal Timothy Dolan. Detective McDonald passed away on Tuesday, Jan. 10, after a heart attack.

Detective McDonald was an inspiration to countless New Yorkers. After being shot and paralyzed in the line of duty in 1986, he publicly forgave his attacker. Over the past 30 years, Detective McDonald shared his faith in many, many public appearances. Tables at his wake featured photo after photo of him with elected officials and religious leaders, including St. John Paul II.

America columnist Michael G. Monahan included Detective McDonald’s story in his 1995 coverage of Pope John Paul II’s visit to New York: “Officer McDonald has done a lot to give Catholicism a good name. I said nothing to Officer McDonald that day, but vowed that if I got another chance to see him, my first words to him, after saying hello, would be to thank him for making me think and giving me hope.”

Detective McDonald’s profound impact on New York Catholics was evident in the droves that attended his wake on Thursday in Rockville Center, N.Y. Mourners lined up for hours to offer their condolences to Detective McDonald’s wife and son, Patti Ann and Connor. While usually a wake of this nature has two separate lines—one for friends and family and one for uniformed personnel—so as not to overwhelm the mourning family, Mrs. McDonald and her son greeted everyone in attendance. Copies of Johann Christoph Arnold’s Why Forgive, which included a forward by Detective McDonald, were offered to each visitor at his wake.

“[W]e’re here to think about everyone that died that day,” Detective McDonald told me at the Walk for Remembrance, “and I mean everyone. The people that flew the planes, who were in the planes, everyone. God’s in charge. And his will will be done. No matter what people in this world think is going to happen, God will have the final word.”

The daylong event began with a rosary led by Detective McDonald and his wife, who plans to continue her participation with the walk.

“He was all that is good and right in our fractured world today,” John Bates, the Walk of Remembrance organizer and a close friend of the McDonalds for the past 18 years, told me earlier today. “He gave us all a template on how to live our lives through forgiveness, love and prayer.”

Teresa Donnellan is a Joseph A. O'Hare, S.J., at America.

Show Comments (
1
)
Comments are automatically closed two weeks after an article's initial publication. See our comments policy for more.
Vince Killoran
4 years 4 months ago
What a wonderful tribute to a life well lived.