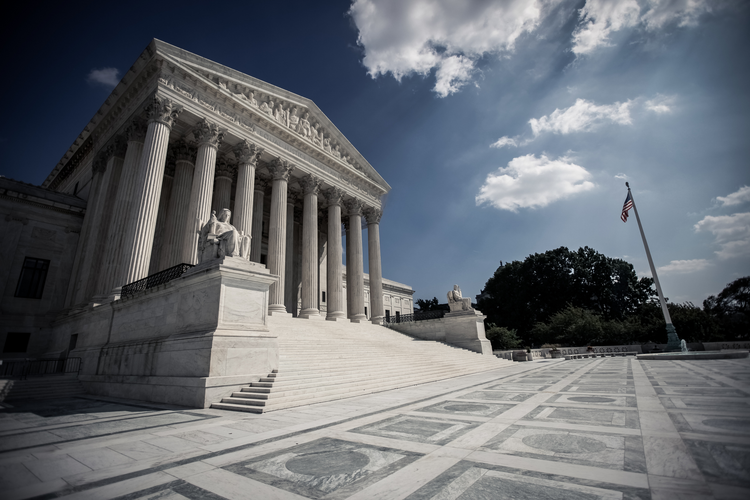 Simply sharing breakfast has become a matter of significant political compromise. On the morning of April 12, Senator Charles Grassley, chair of the Senate Judiciary Committee, met with Judge Merrick Garland, President Obama’s nominee for the Supreme Court, in the Senate dining room. In the absence of any substantive news, journalists were reduced to reporting that the senator ate oatmeal while the judge had eggs and toast.

Senator Grassley was trying to find a path between minimal politeness to a presidential nominee and the Senate Republicans’ steadfast refusal to hold hearings. They maintain that the nomination should wait on the results of the election, though how they would respond at that point to a Democratic president’s nominee remains unclear. While their argument has no constitutional merit—the president has a clear duty to nominate and the Senate to “advise and consent” or refuse a nominee—it is an entirely predictable response to the contemporary political stakes. In this situation, Democratic calls for the Senate just to “do its job,” while rhetorically attractive, fail to address the real problem.

One of the underlying sources of tension is that fundamental questions of social policy are increasingly referred to the court for adjudication as constitutional issues. Sometimes this approach is a shortcut around the slow process of legislative change; at other times it is a relief valve for an obstructionist and dysfunctional legislature. In sum, it has produced a situation where the main political purchase American voters currently have on fundamental policy questions like abortion, gun control, religious liberty and the nature of marriage is their votes for presidential and Senate candidates and their hopes that the Supreme Court nomination roulette wheel will stop on the right space.

For almost 30 years, since Democrats in the Senate defeated Robert Bork’s nomination on ideological grounds—an unprecedented move—the court has remained in fragile balance on these major questions. It has been almost 25 years since a president has had an opportunity to shift the ideological balance of the court significantly, as the first President Bush did by replacing Thurgood Marshall with Clarence Thomas. Since then, court nominations have provided new justices who maintained the same stalemate on the fundamental policy questions that are increasingly decided by constitutional interpretation rather than legislative action.

Now the roulette wheel has stopped in a rare position, offering a Democratic president the chance to replace a significant justice. President Obama has shown admirable restraint in his nomination. Though he leans left, Judge Garland is much closer to the center of the ideological spectrum than the man he would replace and, at 63, is 13 years older and closer to eventual retirement than Justice Scalia was at his nomination.

For Senate Republicans, even this restraint is not enough; their position is understandable even if their motivations are not always laudable. Responding to the fight over Robert Bork’s nomination in 1987, the editors of America admitted that the nominee’s expected position on the constitutionality of abortion rights was an important consideration, arguing that “it would be silly to maintain that politics or ideology should have nothing to do” with such a decision. Further, they predicted that “those now friendly to the Bork nomination might well be questioning the nomination of some other candidate hereafter, and legitimately so.” While we take no satisfaction in pointing it out, we have reached that point.

That recognition should also move Senate Republicans to hold hearings on the nomination. If they believe, as is quite reasonable, that approving this nominee would result in unacceptable outcomes, resolving fundamental questions of social policy in the wrong direction, quite likely for 20 years or more, then they should vote to reject Judge Garland on those grounds. Both they and the Senate Democrats should abandon the pretense of a neutral evaluation of a nominee’s judicial temperament or qualifications and admit that this nomination is the last available lever on policy issues that cannot be resolved elsewhere. Justice Scalia cautioned about this situation in his 1992 dissent in Planned Parenthood v. Casey, writing “if our Constitution has somehow accidentally committed [value judgments] to the Supreme Court, at least we can have a sort of plebiscite each time a new nominee to that body is put forward.”

Perhaps publicly voicing this unwelcome truth would inspire more political conversation about ways to address the deeper issue. That discussion should include possible reforms to the length of terms and nomination processes for the Supreme Court. Even more important, it should inspire legislators to work for achievable compromise on the most important questions, even if it requires the slow, difficult and uncertain process of arguing over constitutional amendments.

The Editors
Show Comments (
1
)
Comments are automatically closed two weeks after an article's initial publication. See our comments policy for more.
William deHaas
4 years 10 months ago
Please, you continue to fail to do your homework. Compariing today to Bork is apples to oranges: "Bork's confirmation battle was indeed unusually partisan, contentious, and left political scars that some Republicans are still nursing. (Being "Borked" became a verb in conservative circles.) But there's nothing remotely similar to the Bork nomination battle and the current obstructionist crisis over Scalia's death. The Bork battle revolved around a specific jurist. The Scalia battle revolves around the idea that the entire nominating process be shelved for at least a year." Second point - your history is incorrect: That era came to an end not in 1987 with Bork, but in 1968 with Lyndon Johnson’s nomination of Abe Fortas, already a member of the Supreme Court, to be chief justice after the announced resignation of Earl Warren. Fortas was viewed as a liberal member of the court—he was in the 5–4 majority for the decision that gave us Miranda rights, and authored Tinker v. Des Moines, which affirmed that high school students are protected by the First Amendment—and was accordingly opposed by a coalition of conservative Republicans and Southern Democrats who resented the Supreme Court’s repeated rejection of segregation. Fortas’ nomination was successfully filibustered; the fact that 1968 was an election year and Republicans looked likely to retake the White House factored in to political calculations. After Richard Nixon did in fact become president in 1969, he pressured Fortas to resign, threatening to have him impeached over outside income he received as a justice. In part as a reaction to this high-handed behavior, Nixon’s choice as a replacement, Clement Haynsworth, received strict scrutiny for his anti-integration rulings, as well as for a conflict of interest in an anti-union ruling. Haynsworth was rejected, 45–55. Nixon’s subsequent spite nomination of segregationist G. Harrold Carswell—famously defended by one senator with, “Even if he is mediocre, there are a lot of mediocre judges and people and lawyers, and they are entitled to a little representation, aren’t they?”—also went down, 45–51. Nixon’s third-time’s-the-charm nomination of Harry Blackmun sailed through 94–0. Significantly, this was the first time since 1874 in which a recorded Senate vote on a Supreme Court nominee didn’t include a single negative vote. Finally, using your editorial reasoning, why did Scalia get approved 98-0?