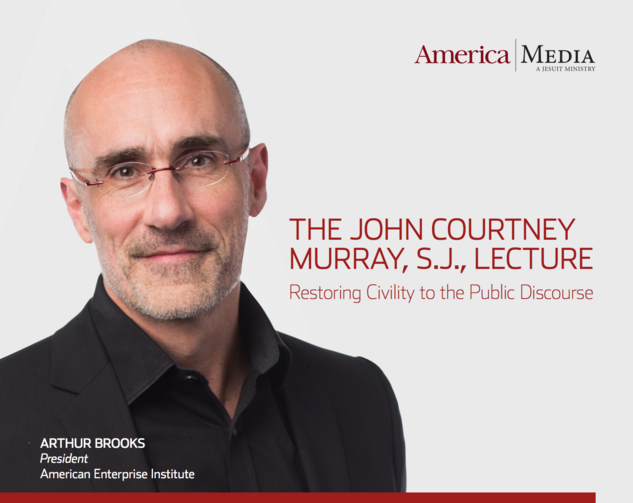 The annual John Courtney Murray, S.J., Lecture, founded in 1968 to honor the legacy of this longtime contributor to America magazine and a pioneer in church-state relations, addresses issues at the intersection of the church and world. Previous Murray lecturers include Roberto Cardinal Tucci, S.J., Zbigniew Brzezinski, Rabbi Daniel Polish and Sister Mary Rose McGeady, D.C.

Arthur C. Brooks is president of the American Enterprise Institute (AEI). He has served as president since January 1, 2009. He is also the Beth and Ravenel Curry Scholar in Free Enterprise.

Brooks is a contributing opinion writer to The New York Times and appeared on the cover of America magazine’s February 20, 2017 issue.