A Year in Vocations 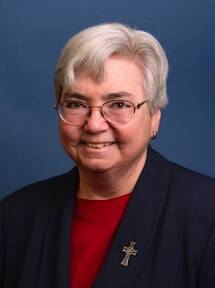 About 190 men and women religious professed perpetual vows in 2014. This class of 2014 includes respondents to an annual survey conducted for the U.S. bishops’ Secretariat of Clergy, Consecrated Life and Vocations by the Georgetown University-based Center for Applied Research in the Apostolate, known as CARA.

Survey responses came from 77 women and 41 men. Some of the men may be on their way to ordination to the priesthood. Those who replied represent 62 percent of the potential respondents. In another survey, 62 percent would be considered a great response. For this research, it disappoints.

There is good news and bad news for those concerned about the future of the U.S. Catholic Church.

The good news first. Catholic schools affect vocational choices. Data show that Catholic school attendees are more likely to consider a religious vocation. About 42 percent of this class attended a Catholic school. The survey shows a preponderance of Caucasians in the class of 2014 and a smaller number of Hispanics. CARA reports that “one in seven (15 percent) of the Profession Class of 2014 identifies as Hispanic/Latino(a).” Yet the church in the United States is far more than 15 percent Hispanic.

The survey shows older people going into religious life. The average age is 37, and half are age 34 or younger. The youngest is 24, and the oldest is 64. They are well educated. Eighteen percent earned a graduate degree before entering their religious institute. There were 68 percent who entered with a bachelor’s degree (61 percent for women and 80 percent for men.)

CARA also noted that “almost nine in 10 (88 percent) had ministry experience before entering their religious institute, most commonly as lector (50 percent) followed by ministry in faith formation (47 percent). Four in 10 served in music ministry, and over one-third as extraordinary ministers of Communion or as an altar server. Over one-quarter served in a social service ministry, and one in 10 taught in a Catholic school or served in hospital or prison ministry.”

A key concern now is the lack of Hispanic leaders in a church that is becoming increasingly Hispanic. Young Hispanics need to see their own people in leadership. Hispanic adults need peers to whom they can relate in parish life. Yet two-thirds of this class are Caucasian. One in seven identifies as Asian, and those born outside the United States come primarily from the Philippines and Vietnam.

New vocations speak about the future of the Catholic Church. Sadly, of all who responded to the survey, Hispanic or otherwise, CARA said that “58 percent report that they were discouraged from considering a vocation by one or more persons.” Therein lies a challenge for all Catholics.

Today it is critical to pay attention to our young, especially Hispanics, particularly the women, who hold an important place in the Hispanic community. Hence a significant question: How do we attract more Hispanics, especially women, into religious communities? One step would be to attract Hispanics to Catholic schools. Another would be to draw Hispanic men and women, especially young ones, to various ministries, including those of lector, altar server and Communion minister. We need to make the presence of Hispanics in our church attractive and obvious to all.

Mary Ann Walsh, R.S.M., is a member of the Northeast Community of the Sisters of Mercy of the Americas and U.S. Church correspondent for America.

Show Comments (
3
)
Comments are automatically closed two weeks after an article's initial publication. See our comments policy for more.
Luis Gutierrez
7 years 11 months ago
Good to hear some people are answering the call. Numbers are informative, but what really matters is quality rather than numbers. With regard to encouraging young people, we should consider the signs of the times. The patriarchal age is passing away, and the body language of the male-only priesthood is a language of exclusion, not a sign of communion. For many young women, a religious institution that is centered on the sacraments but precludes testing of their vocation for sacramental ministry is hardly encouraging. Specifically in the case of Hispanic males who suffer from chronic machismo, the male-only priesthood is the wrong attraction at the wrong time. Conversely, the advent of female priests would be a helpful antidote to machismo in Hispanic men. All the mental gymnastics being used to rationalize the male-only priesthood are unpersuasive, and the pastoral harm is becoming increasingly self-evident, especially with regard to vocations..
Mike Evans
7 years 11 months ago
Must we treat the only vocation as a call to a celibate life as priest or religious? So many more folk serve in a family situation doing all the social, technical and laborious jobs our community needs. Note the large number of "delayed" vocations. Is this a sign of "settling for" a lifestyle or "giving up" on regular life? It might be good to hear from the psychologists who screen candidates for priesthood and religious life...
Lisa Weber
7 years 11 months ago
No pathway exists for a woman to do any substantive work in the church without entering religious life. The question should be "How do we get necessary church work done?" not "How many people can we persuade to be vowed religious?" If the church would open the doors for women to work in the church without being vowed religious, there would be no difficulty at all getting church work done.