A Writer’s Dream: The story of a novel 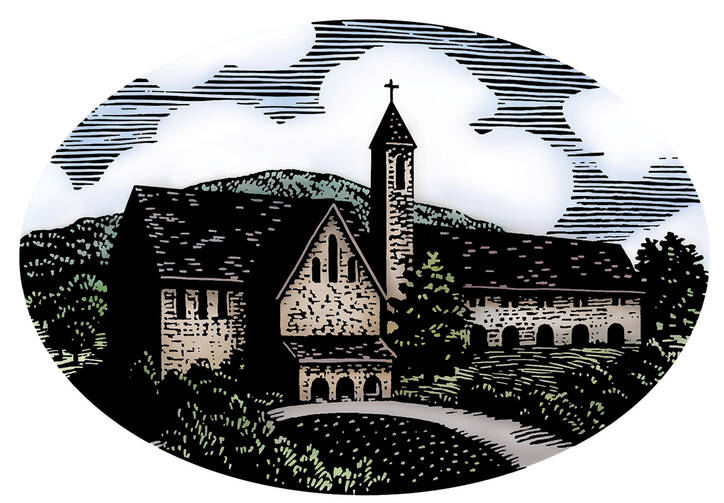 For decades, I have admired Ron Hansen, the gifted author of many novels, including one of my favorites, Mariette in Ecstasy, about the religious experiences of a young nun in upstate New York. “Luminous” is how one reviewer described the book, and I think of that adjective every time I read it. More than 20 years ago, I met Ron when he came to lecture on theology and fiction at the Weston Jesuit School of Theology in Cambridge, Mass., where I was studying. Since then I have become friends with him, his wife and his family.

Yet, despite my many conversations with one of the country’s great novelists, I was never able to figure out how someone could begin to write a novel. Does one sit down in front of an empty computer screen or hover over a blank sheet of paper and just make things up? I have written a few books, but they have been easier for me to envision. If you are writing about Jesus, for example, it seems logical to start with the Annunciation and work your way through his life, death and resurrection. But how does a person write fiction? The answer came, at least for me, while I was sleeping. One early morning last year, I sat bolt upright in bed after a vivid dream. It was by no means a nightmare.

In the dream, a middle-aged woman was grieving the loss of her 13-year-old son in an accident. A few houses away from her lived a 30-something handyman, who worked at a Trappist monastery. One afternoon, stranded at her office after her car broke down, she called the handyman to give her a lift home. En route, they stopped by the monastery. The woman’s father had worked there many years ago. The two entered the monastery, and the woman sat in a hallway outside the chapel. As the monks chanted their prayers, the woman thought of her father and her dead son and started to weep. After Evening Prayer concluded, the abbot of the monastery saw the woman and asked if she was all right. This began a relationship in which the abbot helped her find God in the midst of her pain.

There it was, a fully formed story. Even the setting was clear. The street on which she and the handyman lived was the one on which I lived as a child in suburban Philadelphia. The monastery was St. Joseph’s Abbey in Spencer, Mass., just outside of Worcester, which I had visited several times. Of course this didn’t make sense, but dreams usually don’t. Spencer is far from Philadelphia, so “stopping by” would be a day’s drive.

Stranger still, the characters had names in the dream: the grieving mother was Anne; the handyman was Mark; and the abbot was called Paul. The monastery had a name: the Abbey of Saints Philip and James. And I was even given the opening scene: a baseball crashing through the window of the recreation room in Mark’s house.

I forced myself to get out of bed at 4 a.m. and scribble this in a notebook before going back to sleep. When I awoke a few hours later and read my scrawl, I thought, “That’s not a bad story.” I wondered if Anne’s journey and her conversations with the abbot might be helpful for readers. Maybe a short novel could, as St. Ignatius Loyola often said, “help souls.” I knew I had to try to tell this story. But how?

Despite my fears of making a fool of myself, I started to write. It was enormous fun. I love writing and would be happy to do nothing else all day. But it was a different kind of fun than the other kind of writing I have done, which has been mainly nonfiction, spiritual writing. Last year I finished a book on Jesus, which was extremely enjoyable to write—who wouldn’t want to delve into the Gospels as deeply as possible?—but also a challenge. As soon as I settled on a particular interpretation of a Gospel passage or figured out what I felt was the best translation of a controverted Greek phrase, for example, I’d run across a scholar who suggested that that interpretation was outdated and my translation disputed.

No such problems with a novel! No Greek, no footnotes, no worries about which of the four sites that claim to be the site of Jesus’ baptism is authentic. Of course the story still had to make sense. At one point I handed the novel to a fact-checker, a profession sadly on the wane. Fact-checkers, as you may know, are godsends for writers. In the case of my novel, she reminded me that one doesn’t “dial” a cellphone; one punches in numbers. Also, one character couldn’t have been emailing photos, she pointed out, since email didn’t exist at the time the scene was set. She also made sure all the flowering trees I mentioned bloomed in the right order.

Overall, it was a freer process than writing nonfiction. Halfway through the writing, it felt like Anne needed a coworker in whom she could confide and share her concerns about spending time at a monastery. So I gave her one. I named this character after someone at America. (You’ll have to read the book to find out who.) That is not the sort of thing you can do in a book on Jesus. For example, one cannot suggest, “Gee, I think Jesus needs to have more apostles.”

In the book, Anne speaks to Abbot Paul about her anger, pain and doubt. In writing about this, I felt free to build on my dream and flesh it out with new scenes and dialogue. Anne could give voice to the questions that many people struggle with: Why does God let bad things happen? How do I communicate with God? And how do I know when God is communicating with me? These questions form the basis for three extended conversations between Anne and the abbot, loosely based on many conversations I’ve had over the years with people who see me for spiritual direction. (Don’t worry, there is no betrayal of confidentiality here: Everything is well disguised, and these are common questions.)

During the process of writing the novel, one strange and wonderful incident strengthened my desire to write and cemented a particular name in the book. When I awoke from my dream, the name of the monastery confused me: the Abbey of Saints Philip and James. Now, I have no great devotion to either saint. But I figured if it came in a dream (and I ascribe some of this to grace) why not keep it?

A few months into my writing, I visited St. Joseph’s Abbey. I was planning to be in western Massachusetts for a talk on a Sunday, so I took the opportunity to meet with a Trappist friend at the monastery on the Saturday before. But because of a busy day, I missed Mass that Saturday and wasn’t even able to look at the daily readings. On Monday, back home in New York, I opened up my prayer book and wondered if there was a feast day on Saturday. So I flipped back a few pages. I couldn’t believe it: the feast of Saints Philip and James. Whatever else changed in the book, that name, I decided, would stay.

The manuscript grew until it was “book size.” In time, I sheepishly asked my publisher if they would want a novel. Yes, they said. Later on, I showed it to some writer friends (including Ron Hansen) who gave me superb advice. One suggested explaining exactly what goes on in Anne’s prayer. Another friend, who studied creative writing, suggested a way to provide more vivid descriptions: pick out small details. For example, to give the reader a sense of the interior of the monastery, describe the look of the altar in the chapel, the appearance of an old table in a hallway and so on. I incorporated these edits and saw the manuscript improve. After the final edits, things got easier. My publisher and I picked out a cover and settled on a subtitle. (Should we use “Novel of the Spirit,” “Story of Discovery” or “Tale of Encounter”?)

From start to finish, the process was fun. As for another novel? As far as I’m concerned, I’d be happy to write one, if I come up with another idea. Or rather, if God gives me one. Hey, a guy can always dream, right?

James Martin, S.J., is editor at large of America. His novel, "The Abbey: A Story of Discovery," will be published this month by HarperOne.

@jamesmartinsj
Show Comments (
3
)
Comments are automatically closed two weeks after an article's initial publication. See our comments policy for more.
Monserrat Washburn
7 years 4 months ago
Congratulations on your very first novel and I am hopeful it won't be your first for a long while. I was wondering what genre of novel would this be under? Catholic or Christian novel? Spiritual or religious novel most likely? Inspirational? Redemptive? Self-discovery? Life-changing? Life-altering? Modern Parable? Disguised Sermon? Won't be a hard sell since you already have worldwide name recognition. The Pope certainly has helped lift up the Jesuits to new and unexpected heights! Ad maiorem Dei gloriam!
Jackie St Hilaire
7 years 4 months ago
I am also a believer that God speaks to you in dreams. Giving you possibilities in which you can respond yes or no. Like Mary when she was asked to accept the gift of Jesus. I have had several dreams with a story line but like yourself, I am not sure if a work of fiction is something I want to write and yet a message can be conveyed in fiction work as well as non-fiction. Andrew Greeley, Graham Greene and a host of other writers have confirmed this. I have read several of your non-fiction books and will put your novel on my wish list. God bless you and your ministry to the people.
Aline Lindemann
6 years 11 months ago
This account of the way The Abbey came to mind and then took shape is immensely helpful and inspiring! Thank you for graciously revealing this process. As a writer of non-fiction (religion and culture) I have always wanted to write a novel and had no idea how to begin. I now see how a sweetly simple story can be nurtured into a novel. Can't wait to read it, and can't wait to start writing!