The World of Warhol: When art went pop 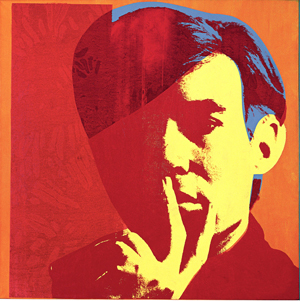 Opinion is divided among artists, critics and fans alike as to whether Andy Warhol was the greatest artist of the second half of the 20th century. But there is greater agreement that few, if any, rivaled his influence—much like Marcel Duchamp in the first half of the century. The discussion, perhaps foolish to begin with, is nevertheless complex.

It has long been thought that the artists Francis Bacon, Alberto Giacometti and Jean Dubuffet raised painting from near death in the years after World War II. Pablo Picasso did not die until 1973, and his late work has recently won high regard. In Germany, Sigmar Polke and Gerhard Richter and, to a lesser extent, Anselm Kiefer, are formidable contenders. In the United States, Abstract Expressionism was supplanted by Warhol’s Pop, soon to be followed by Minimalism, language-based conceptual art, Neo-Expressionism and now—whatever.

Against received opinion, I continue to think that Robert Rauschenberg had no rival as a chronicler of the century and that Joan Mitchell, who continued to paint until her death in 1992, was a worthy peer of Jackson Pollock and Willem de Kooning. As for de Kooning himself, the plausible argument has been made that after Picasso and Henri Matisse, he was the greatest painter qua painter of the entire century.

Now there is a show at the Metropolitan Museum of Art in New York that is too professional to play the “best” game but engaging enough to make it almost inevitable. In Regarding Warhol: Sixty Artists, Fifty Years (through Dec. 31), the curators show about 50 pieces by Andy, as everyone called him, along with 100 by 59 other artists and let the public decide questions of quality and influence.

Many visitors will know the outline of his story. A shy and insecure young Catholic, born Andrew Warhola in Pittsburgh in 1928, came to New York after graduating from the Carnegie Institute of Technology in 1949 and worked with increasing financial success as an advertising and fashion illustrator. In 1964 he moved into the first of his famous “factories,” having made his breakthrough two years before when he discovered how effectively—and easily—he could make large and multiple images by silkscreening them.

In the exhibit, Warhol’s output until his death in 1987, along with that of his fellow artists, is installed with great flair in five thematic sections: art about everyday life “from banality to disaster,” portraiture, sexuality, appropriated and serialized imagery and, finally, “Business, Colla-boration and Spectacle.”

The first of these speeds through iconic Warhol images of Brillo boxes, Campbell’s soup cans and Coca-Cola bottles, followed by a small video of “Empire,” his 1964 film of the Empire State Building at night, which lasts eight hours and five minutes, and then several examples from the “Death and Disaster” series (multiple electric chairs, race riots, car crashes). In a similar vein there is Jeff Koons’s “Ushering in Banality” (1988), a polychromed wood piece in which two angels and a little boy lead a pig forward (for what? our amusement?). Warhol could represent “everything and nothing at the same time,” said Ed Ruscha, a California artist. Just so, according to Jean-Michel Basquiat’s horrific memento mori “Untitled (Head)” (1981) and Bruce Nauman’s neon piece “Eat/Death” (1972), in which “eat” in yellow is lifted forward over “death” in blue.

The exhibition is perhaps most focused in its second section, “Portraiture: Celebrity and Power,” where it is implied that Warhol, with “Twenty Marilyns” (1962), “Turquoise Marilyn” (1964) and “Red Jackie” (1964), instigated Richard Avedon’s photo-portrait of a weary Truman Capote (1974). Here, too, are Warhol’s “Silver Liz” (1963), “Triple Elvis” (1963) and “Marlon” (1966)—no one of course needs a last name. Chuck Close, though, “wanted everyday people, not superstars, because that’s what Andy was doing.” Beginning in 1968, Close made more than 150 portraits of “Phil,” and a fine 1969 version is in the show. (The subject is the composer Philip Glass, now scarcely an everyday person.)

One tires of the celebrity. One tires still more of the indiscriminate fascination with power. After reading that Mao Tse-tung was the most famous person in the world, Warhol made nearly 200 portraits of him, ranging in scale from 12 inches to 14 feet. Yes, there are aesthetically interesting things here: the artist returns, for example, to abstract expressionist brushwork. But American society was at the time beginning to be riven with inequality between the rich and the poor. It appears nowhere.

New attitudes toward sexuality were certainly appearing, and a single but effective gallery presents Warhol’s catalyzing role in the development. We are spared some of his more indulgent films on the matter, but Warhol’s late “Self-Portrait” (1986)—one of many—is a shivery stunner of a disguised, in fact camouflaged, outsider. “Sex is more exciting on the screen and between the pages than between the sheets,” he announced, with typical aphoristic nonchalance. His large acrylic and silkscreen on canvas “Jean-Michel Basquiat” (1984) is a fawning failure, and some of his imitators’ work is just embarrassing: Robert Gober printing a musical score on a sculpted male bottom doesn’t even titillate. Still, there is little doubt that Warhol’s erotic work, more extensive than is generally known, empowered such prolific artists as Robert Mapplethorpe, Nan Goldin and Christopher Makos.

The exhibition loses focus in its final two sections. The galleries on appropriated and serial imagery do include some of the show’s best work—Warhol’s own “Triple Silver Disaster” (1963), a handsome woodcut on “Ways of Worldly Wisdom” (1978) by Anselm Kiefer, and several “Untitled Film Stills” (1977-80) by Cindy Sherman. But the choice of themes over chronology makes it hard to chart development in any of the artists and results in material being presented here that could well have appeared earlier.

As for the show’s close, on commerce and spectacle, nothing gives the feel of it better than Warhol’s “Dollar Signs” (1981). “Being good in business is the most fascinating kind of art,” he declared in 1975. Still, you’re likely to have fun here, moving past Takashi Murakami’s cutesy childishness and Koons’s puppy dogs to a final room covered with Warhol’s garish cow wallpaper, pillow-shaped silver balloons floating at the ceiling and the Velvet Underground supplying the soundtrack.

The critical reaction to the show has been mixed. Roberta Smith in The New York Times found the Warhol pieces a “cursory, but largely satisfying…retrospective” but thought the show as a whole crowded and discordant. Peter Plagens in The Wall Street Journal thought the show “a case for the obvious” and “dishearteningly lightweight,” though he did praise the installation, individual works and the catalogue.

The criticism that seems to me more important is less about Warhol’s influence and more about his own achievement. There can be no doubt about the fertility of his imagination or his technical inventiveness. His merging of photography and painting, as well as of the handmade and the mechanical, undergirded an exuberant celebration of the everyday, the gritty vulgarity and cacophony of so much of American culture.

Warhol had an uncanny sense of colors that should clash but instead dazzle. But less persuasive is the odd combination of immersion in the culture and detachment from it, the fluency of his imagery despite its flatness. Warhol took everything in but distanced himself from it at the same time, registering whatever he saw but revealing little about it. How long do you really look at a Warhol painting or portrait? You get the point almost immediately. There is little to repay a longer look. Warhol, I would say, was Catholic in his sacramental openness to all experience—but agnostic in his refusal to evaluate it.

Do not expect selections from Warhol’s huge oeuvre to stop selling any time soon, however. The Andy Warhol Foundation for the Visual Arts has announced that it will disperse its entire remaining collection of Warhols, at prices ranging from $15,000 to $1.5 million. None are major works, we are told, no soup cans or Marilyns. But even the photographs, paintings, prints and drawings that remain, according to Amy Cappellazzo, the chair of postwar and contemporary development at Christies, “are still pure Andy and have total Warholismo.”