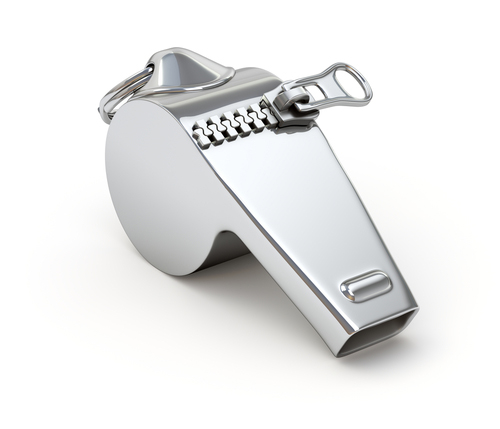 The cases of Pfc. Bradley Manning, who prefers to be known as Chelsea Manning, and Edward Snowden raise acute issues about the role of confidentiality in our society and the responsibilities of individuals who encounter disturbing information that they consider damaging to national security. In each case, an individual chose to divulge classified information even though confidentiality agreements forbade it. Both Private Manning and Mr. Snowden claim they were acting in the national interest. They both chose to violate their obligations: Private Manning to the U.S. military, Mr. Snowden to a private government contractor. They have been called both traitors and heroes, and the debate about their actions promises to continue for some time.

One question worth focusing on is the moral legitimacy of their choices. At a time when more and more government information is designated as classified, and when employees of all stripes are required to keep information secret, when is it justifiable for an individual to go public with certain information? The question extends beyond debates about national security to the actions of financial institutions, for example. Could the financial collapse of 2008 have been averted if more conscientious bankers had stepped forward?

In the 1970s Daniel Ellsberg, an employee at the Rand Corporation, was publicly castigated for leaking classified information about U.S. policy in Vietnam. Today there are whistleblowers in all industries. Before their actions are judged traitorous or heroic, it is worth revisiting certain moral categories. The Catholic moral tradition offers a number of principles that can help guide those who face this moral challenge.

Conscience. The Catholic tradition strongly emphasizes the inviolability of conscience. Yet an individual must engage in a serious process of formation before taking actions based on its demands. “Following an unformed conscience is simply an act of recklessness,” the Jesuit ethicist James F. Keenan told America. Individuals must consider their role within society and how it relates to the common good. For Private Manning and Mr. Snowden, their roles required a high level of confidentiality; so to be legitimate, their decision to release documents should have been a last resort. At a time when it is increasingly easy to share data digitally, it can be tempting to pass on sensitive information without sufficient deliberation. Employees must consider whether there are other ways to address their concerns, like going through official channels before divulging sensitive information to the media. An individual must also be aware that the decision to leak documents could lead to imprisonment. Willingness to accept legal punishment for one’s actions is a sign that an act of disobedience is sincere.

Prudence. Two principles stand in tension when considering whether to make information public: the public’s right to know and the right to secrecy. Both of these virtues are important, yet neither is absolute. Some information is damaging to national security and should be kept secret; at other times the government’s claims for secrecy are overblown. Weighing and balancing these considerations is an exercise in prudence. Prudence also requires that individuals understand their competence to evaluate the material at hand. This calculus must also take into account the integrity of the person or institution with which the material is being shared. In the case of the Pentagon Papers, Mr. Ellsberg was working with respected news operations, with their own set of professional standards.

Justice and fidelity. Our society could not function if individuals routinely broke their agreements. Employees of all types owe fidelity to their employers, if not to a professional code of conduct. This is especially true of members of the military or people in public service. Yet it is these same people who are privy to information of national interest. At times, claims of justice may supersede the claims of fidelity. For government workers, one’s professional duty sometimes includes a legal and moral duty to report violations of international law, especially if the violations are being covered up.

When Mr. Ellsberg copied top-secret documents and circulated them to reporters, he was a veteran of public service who made a deliberate act based on his gradual disillusionment with the Vietnam War. Today, with more private contractors taking over the work of national security, more individuals have access to classified information. Meanwhile our government continues to press for secrecy on mundane as well as sensitive matters. In this environment it is inevitable that there will be more whistleblowers, who for reasons both selfish and noble will divulge all sorts of information to an increasingly confused public. The manner in which these individuals choose to act, and how our government chooses to treat them, depends in large measure on the public conversation we are now having.

Show Comments (
3
)
Comments are automatically closed two weeks after an article's initial publication. See our comments policy for more.
Bruce Snowden
6 years 4 months ago
As far as I can see, whistleblowing per se, is not necessarily wrong if its object is to correct serious injustice and must be supported by purity of intention. By “purity of intention” I mean it must be an action devoid of self-serving grandiosity, motivational to the common good and when inclusive of national security interests must be rooted known, or unknown, in Aquinan teaching, that the highest of the Natural Virtues is love of the Mother/Fatherland which must be its driving impetus. I think the greatest “whistleblower” of all time is Jesus! Singlehandedly he reversed multiple human injustices and misinterpretations, by publicly exposing them, not only relative to the hereafter, but also by putting “boots on the ground” so to speak, on the rocky plateau of the here-and-now, by “going to war” against existing human injustices. See for example his honorable treatment of women, effectively toppling social structure that gave women no equality to men. The Gospels are replete with his “whistleblowing” that turned the social order on its head, formative to much of how Western civilization structured its law, threatened now by the tyranny of relativism and secular humanism. History is filled with righteous and non-righteous whistleblowers too many to mention, Dr. Martin Luther King Jr., among the righteous. How about Edward Snowden? Lacking important facts it’s hard to judge his motivation. I would however, venture to suggest that Snowden’s case may be a murky potpourri of righteous and not so righteous motivation. But I do not really know. Coincidentally Edward Snowden and I have the same family name, but to the best of my knowledge we are not related – except through our First Parents of the First Family of God, Adam and Eve! The other fellow, Pfc. Manning is a mystery, well-meaning perhaps, but confused I think and confusing to many. I wish them all well and may the truth be told, that truth which liberates!
Alfred Chavez
6 years 4 months ago
I wonder about the more mundane situations; for example the internal auditor--Cynthia Cooper--at WorldCom, who blew the whistle on a multi-billion dollar fraud. CPA ethics demand confidentiality with one's client or employer. At what point was she justified in going public? Or perhaps the more mundane situation where a CPA comes across a case of tax fraud by an employee in the performance of normal auditing duties for a corporate client and reports it to the IRS (i.e., a personal tax fraud, not one that affects the employer in any way)? Is that justified, even though the auditor is fully aware, and partly motivated by, the fact that blowing the whistle will result in a substantial reward from the IRS? Or is the accountant obligated to go first to the employee or the employer before reporting the fraud?
Craig McKee
6 years 4 months ago
As an accused and vindicated whistle-blower myself ( http://www.theledger.com/article/20050223/NEWS/502230370 ), the ultimate criteria for me is the SAFETY of OTHERS, especially women and children.
Advertisement

This article also appeared in print, under the headline “Whistleblower Ethics,” in the September 23, 2013, issue.